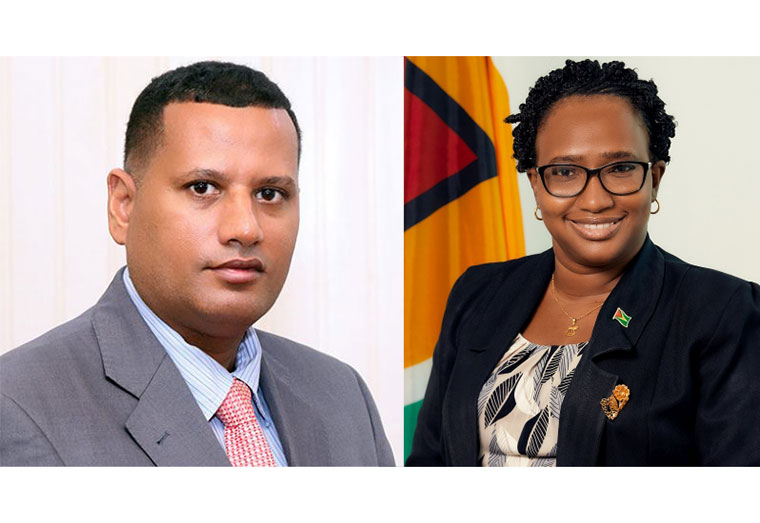 Just days after the National Assembly approved the sum of $6B for infrastructure development under the Ministry of Housing and Water, the Government, through the Central Housing and Planning Authority (CH&PA) signed a number of contracts totaling $13.9B for ‘housing development.” Now, the Opposition wants answers. Where did the additional $7.9B come from?

APNU+AFC condemns the irresponsible response given by Min. Colin Croal and call on him to immediate provide proper responses to question about billions of dollars in expenditures.

In response, MP Ferguson was provided with a single line – “a combination of Government Subvention and Central Housing and Planning Authority Housing Fund”.

In a statement, MP Ferguson said such scant response must be condemned as the Housing and Water Minister has shown little regard for taxpayers’ money appropriated in the 2021 National Budget for the Housing Sector.

According to MP Ferguson, his response leaves much to be desired.

“The APNU+AFC sees this type of behaviour and attitude by a sitting Minister of Government as an insult, gross disrespect, and an absurdity to the Guyanese Taxpayers,” MP Ferguson said.

She said over the last 16 months, the People’s Progressive Party/Civic (PPP/C) Government received a total of $22.6B for infrastructural development in new housing areas, not limited to land preparations, but construction and upgrading of roads for allottees to access their lands in housing schemes under the Central Housing and Planning Authority.

It was noted further that the CH&PA, a semi-autonomous agency, receives annual “Government Subventions”.

“For the years 2020 and 2021 respectively, they received one billion, nine hundred and fifty-four million, one hundred and eighty-seven thousand dollars ($1,954,187,000.00). Additionally, for every Fiscal Year, monies appropriated to Ministries and not fully expended are usually returned to the Consolidated Funds by December 31, to facilitate the bringing to books and closing of ALL accounts for that given year.

If one is to assume the response provided by Honourable Croal is accurate, then the following is of concern to the main Parliamentary Opposition, APNU+AFC and the member will be called upon to provide further explanations for his puerile response, when it comes to account for taxpayers’ monies,” MP Ferguson said.

She reminded that Minister Croal during the Consideration of Budget Estimates in September 2020, told the Committee of Supply that $700M in subvention was finally returned to the Central Housing and Planning Authority after being stopped in 015.

“The Seven hundred million ($700,000,000.00) breakdown includes: the salaries for $531 million, other direct labour cost for $42 million, benefits and allowances $40 million, materials equipment and supplies – $35,200,000.00 and fuel and lubricants – $27,500,000.00,” the Opposition MP said while noting that Minister Croal must be called out for misleading the National Assembly in his response and must explain to the citizens and people of Guyana where did the additional $7.9B come from.

Political Analysts to Harmon: ‘You lose step down'

Sun Jan 16 , 2022
Support Village Voice News With a Donation of Your Choice. …say Granger, Harmon, do not have any position of authority in the party By Svetlana Marshall Having conducted initial talks on the push by the People’s National Congress Reform (PNCR) for its Leader Aubrey Norton to replace Joseph Harmon as the Leader of the Opposition, the two leaders are expected […] 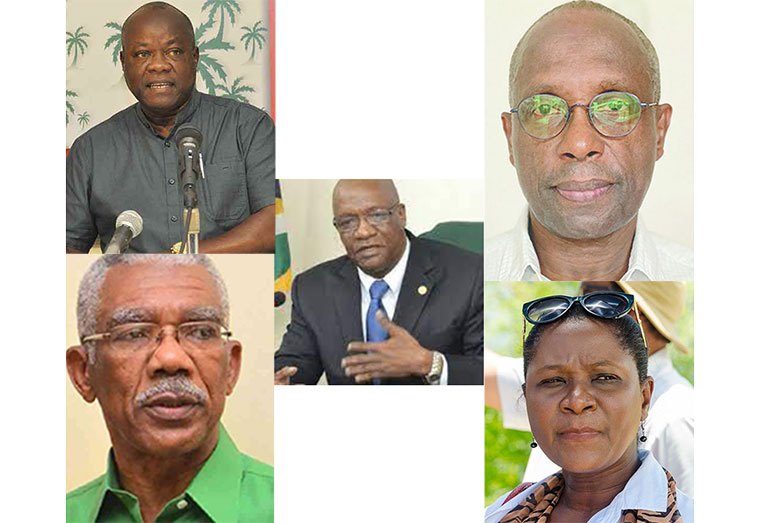