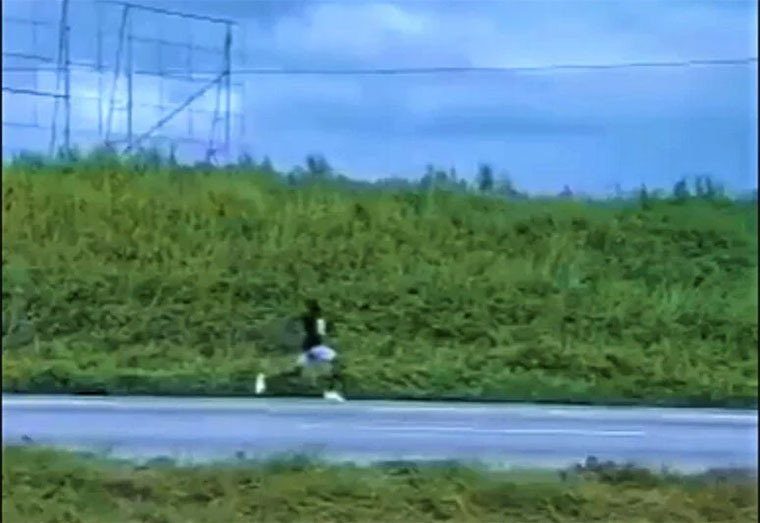 (TRINIDAD EXPRESS) THE suspected car thief who outran police officers on the Solomon Hochoy Highway is suspected of high jacking another motorist to escape from lawmen on Monday.

As scores of police officers combed the bushes supported by helicopters hovering the borders of the highway between Couva and Claxton Bay, a man fitting the description of the suspect being sought after, held up a woman as she crawled along the highway traffic that evening.

A police report said that the victim was proceeding south along the Solomon Hochoy Highway driving her silver grey Volvo when upon reaching the vicinity of the Claxton Bay flyover she was she was accosted by a man with a firearm.

She described the man as of African descent, dark complexion, slim built, approximately five feet six inches tall, and wearing a black jersey, white three-quarter pants and white sneakers. The victim said the man pointed the firearm at her and she became afraid and stopped her vehicle. The report said man forcefully entered the victim’s vehicle and forced her to drive to an area along the Cedar Hill Road, Tortuga, Claxton Bay.

The man then ran off in an unknown direction.

That robbery occurred almost four hours after two men who allegedly highjacked and robbed another man at Union Hall near San Fernando, were cornered by police near the Indian Trail flyover at the Solomon Hochoy Highway.

As the two suspects attempted to escape police officers, one of the men was fatally shot by police. The deceased has been identified as a 19-year-old Tobago-born man Kenley Clayton Samuel Gibbes.

The second man ran off and escaped.

The two men were pursued by police officers responding to a report that at around 3 p.m. a grey Toyota fielder wagon was stolen at gunpoint by two men at Cypress Boulevard. The report said that that victim said he approached by two men, one of whom pointed a firearm at him. The victim gave a brief description of the thieves to officers of the San Fernando CID who responded. The victim told police that the two men robbed him of his wallet containing his money, bank cards, identification, driver’s permit and other items. The thieves took the keys to his wagon and sped off in a northerly direction.

An all-points bulletin was issued and officers of the Highway Patrol Unit, Anti-Gang Unit and Central Division Task Force responded. In their bid to escape, the car thieves headed north along the Solomon Hochoy Highway where police officers spotted the vehicle. At around 3.45 p.m. members of the Central Division Gang Unit (CDGU) were on enquires at the surveillance point located on the Solomon Hochoy Highway, Couva, when they had cause to engage a stolen vehicle with two occupants in the vicinity of the Indian Trail flyover. The report said that two men alighted from the vehicle, and gunshots were fired at the police officers in pursuit. The officers returned fire and struck one of the men who was taken to the Couva District Health Facility where doctors pronounced him dead upon arrival.

Sun Jan 16 , 2022
Support Village Voice News With a Donation of Your Choice. (JAMAICA OBSERVER) FIFTEEN days into the new year, Jamaica has recorded more than 40 murders, a trend that is worrying to Commissioner of Police Major General Antony Anderson. Anderson has vowed to recruit more members, the use of technology and other crime-fighting tools such as zones of special operations (ZOSOs) […] 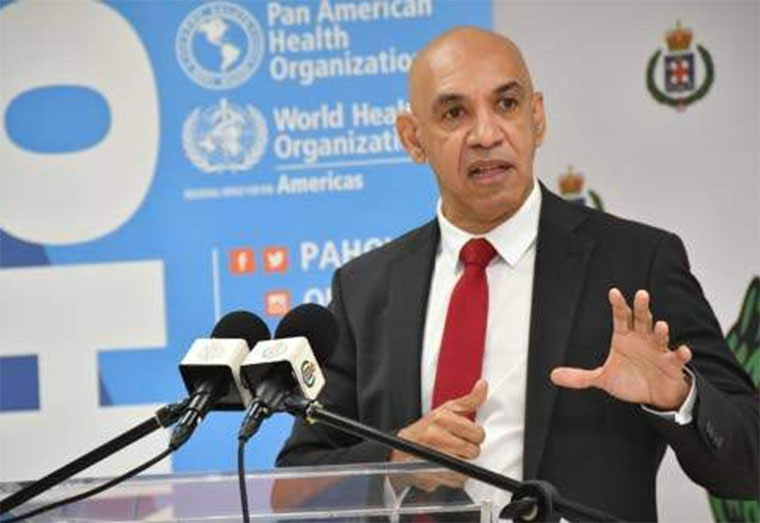