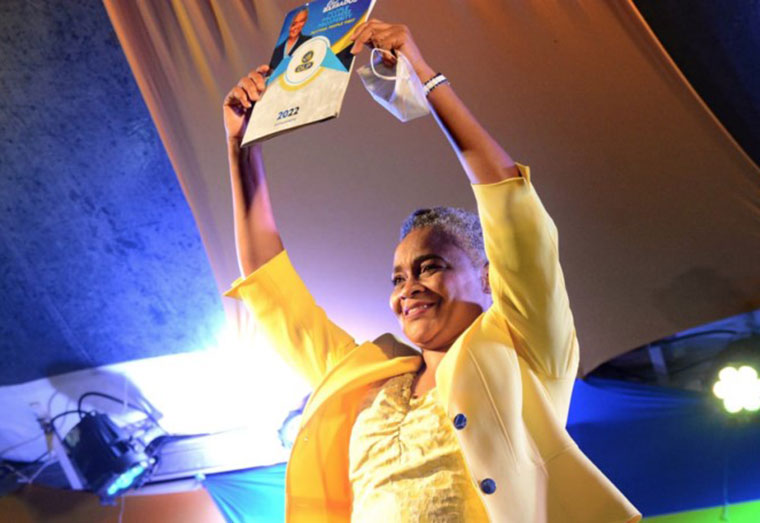 (BARBADOS TODAY) The Democratic Labour Party (DLP) is promising significant tax ease for householders and pensioners, regulation of bank fees and major help for householders in building out the renewable energy sector should it form the next Government following the January 19 general elections.

Introducing the DLP manifesto on Thursday night in Brereton, St Philip, party President Verla De Peiza said the next DLP administration would “re-jig our tax structure in order to make sure our people have a little bit more in their pockets that they can spend”.

She gave notice of the promises as she outlined some of the measures in the 40-page DLP policy document. The DLP said should it form the next Government it would slash the burdensome Garbage and Sewage Contribution levy by 50 per cent, reduce import duties on “a wide range of select goods”, waive freight from the calculation of import duties and reduce the excise tax on fuel at the pump by up to 25 cents per litre.

The DLP is also promising to abolish the Foreign Exchange Fee, which was set at two per cent; compensate pensioners for the losses they suffered from the 2018 debt restructuring; phase out the asset tax on financial institutions while “robustly regulating bank fees to better protect customers”.

De Peiza said the DLP was also prepared to reduce income tax on pensions from 25 per cent to 12.5 per cent. She said the rationale for this measure was that the majority of pensioners were affected by Government’s debt restructuring.

“You took a significant hit. It is intended to put something back in your pocket, reduce that burden on you because these are harsh economic times. It will allow you some wiggle room,” she said. The DLP also plans to introduce a universal basic income for people below the poverty line during its first term in office, which it said could replace “an assortment of welfare assistance such as welfare cheques, food vouchers, food hampers, bus fare vouchers”, among others.

The president also announced that the DLP would make the first $15,000 of the annual bonus free from income tax. “My understanding of bonus is it is extra, so you deserve to enjoy your extra,” said De Peiza.

She is also promising major changes for the housing, education and energy sectors, as well as a retrofitting of government buildings. The DLP manifesto outlined that under a new DLP administration government would collapse the Urban Development Commission and the Rural Development Commission into the National Housing Corporation, continue to convert suitable land to housing development, and enter into agreement with homeowners to lease their properties to the NHC.

In relation to the energy sector, the DLP said it planned to distribute and install solar photovoltaic panels and electricity generation systems to households earning less than $25,000 annually, as well as facilitate the distribution and installation of 2 and 3 kilowatt systems to low-income households. The DLP document also lists wellness, transportation, waste to energy, sports, tourism, entrepreneurship and a new foreign policy, as areas that will be tackled to ensure economic growth and employment.

Stating that the party’s policies were intended to “move people a little further forward”, De Peiza said “We just have to have the will to make the changes necessary. Even if you were scared to do it before, COVID has opened up the opportunity to see things differently, and we don’t want to waste the opportunity.”

The DLP manifesto outlines ten core principles – the development of people, integrity and governance, education as a tool for social advancement, economic policy and activity to serve the needs of all, economic enfranchisement as a tool towards social betterment, sound labour relations climate, sustainable development while protecting the environment, social services as a means of securing equality, maintenance of a social safety net to assist the disadvantaged and the ultimate eradication of poverty.

De Peiza, who is confident of the DLP victory at the polls, said “We are in a trying time but because our people have been left out of the equation so far in the last three and a half years it is time to right that ship of state. “This document contains provisions that are responsibly aimed at stimulating our economy and the reason they can do that is because they have an eye to future development,” she said. De Peiza also promised to build out a smart city, maintain fiscal prudence and focus on fighting corruption. “That is why within this manifesto one of the first targets is within 90 days, and I spoke of this before, we will bring a [suite] of integrity legislation into our law books,” said De Peiza

US man who faked death found alive in Glasgow

Sun Jan 16 , 2022
Support Village Voice News With a Donation of Your Choice. (BBC NEWS) An American man believed to have faked his own death is facing extradition after being arrested in hospital in Glasgow. Nicholas Rossi, 34, was wanted by Interpol and faces a charge of rape in Utah in the United States. He was admitted to the Queen Elizabeth University Hospital […] 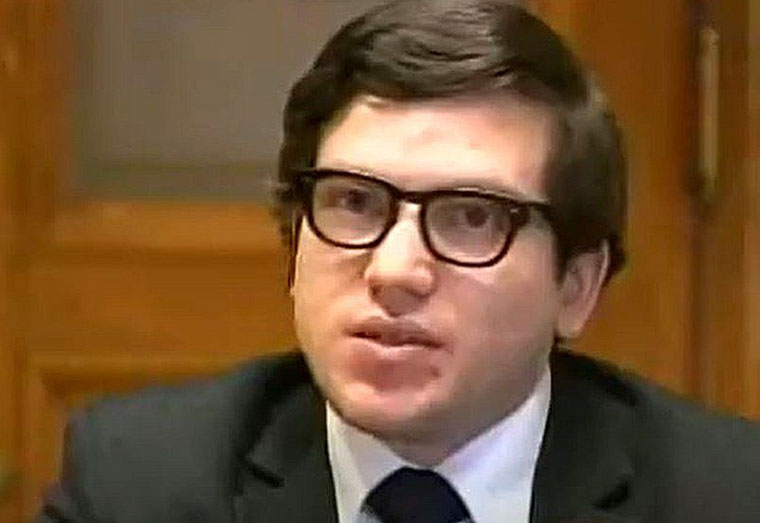