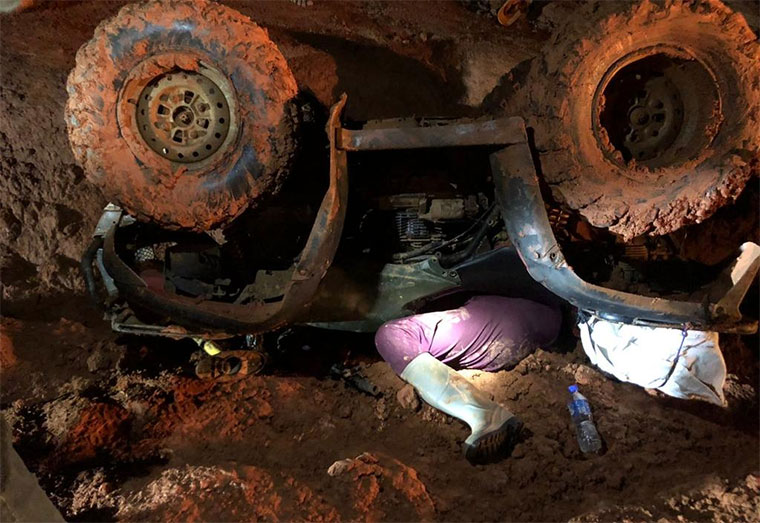 A 28-year-old man, who hailed from Canal Bank, Port Kaituma, died on Sunday after the ATV he was on turned turtle after crashing into a pile of sand in the Nassano Backdam. The driver, a Brazilian national, fled the scene.

Dead is Steve Ashby. He was the pillion rider at the time.

The Guyana Police Force, in a statement, on Monday, said the accident occurred at around 18:40hrs on Sunday, January 10, 2022 along the Nassano Backdam main access road in the North West District.

According to the police, the Brazilian, who is known as ‘Ahoo’ was riding a red and green ATV motorcycle with Ashby as his pillion rider, when he lost control of the ATV. The ATV reportedly crashed into a pile of sand before turning turtle, the pillion rider to be pinned down. The driver fled from the scene.

The body was picked up and escorted to the Port Kaituma District Hospital where it was seen and examined by a doctor on duty, who pronounced him dead on arrival. The body is presently lying in the said hospital mortuary awaiting a PME.

Mon Jan 10 , 2022
Support Village Voice News With a Donation of Your Choice. … expresses disappointment in conduction of both Govt’ and Opposition  The “highly flawed” Natural Resources Fund Act, which was rammed through the National Assembly last December, has open the door for misuse, Article 13, a civil society organization, has said. In its most recent statement, Article 13 said the Act […] 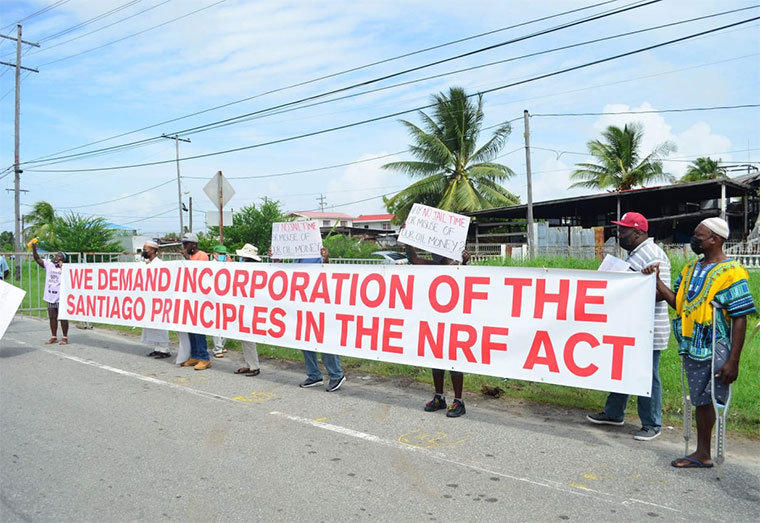