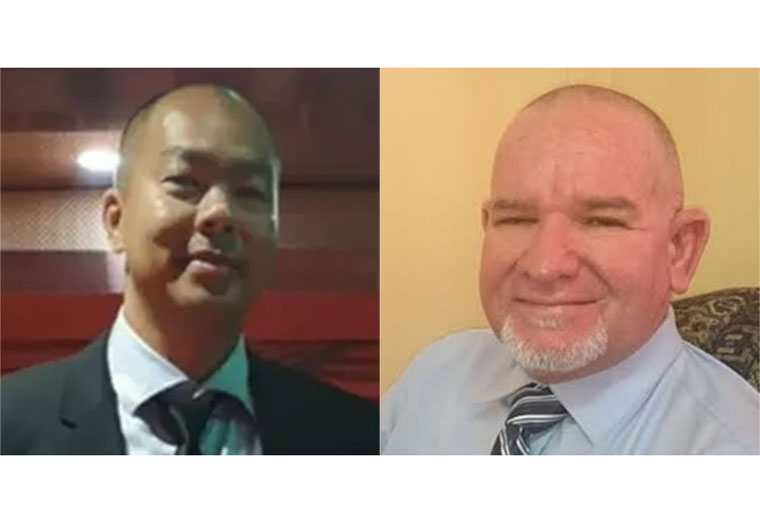 —two businessmen, a pastor and a lawyer to make up new PSC

For the first time in recent history the Police Service Commission is without a former police officer among its ranks as the Committee of Appointments in the National Assembly nominated two businessmen, one pastor and a lawyer to make up that constitutional body.

The chairman will be selected from among the four by the President. A fifth person on the commission will be the chairman of the Public Service Commission. The nominees of the Police Service Commission include: Mr. Ernesto Choo-a-Fat, Businessman; Attorney-at-law, Lloyd Mark Conway; businessman, Hakeem Mohamed and pastor, Patrick Anthony Findlay. Findlay was a PPP candidate for the last elections. He previously served as Permanent Secretary within the Ministry of Labour.

The last commission was chaired by Assistant Commissioner, Paul Slowe and included other retired Assistant Commissioners: Vesta Adams, Clinton Conway and Claire Jarvis. A former member of the commission told this newspaper that to have people without knowledge of the workings of the force to sitting on the body will provide opportunities for senior police officers to run rings around them.

The Police Service Commission is a Constitutional Body, established under Article 137 (1) and was given the authority under Article 212(1) subject to the provisions of Article 211 (1) of the Constitution of the Co-operative Republic of Guyana to make appointments to any offices in the Police Force of or above the rank of Inspector, and exercise disciplinary control over and to remove persons holding or acting in such offices. The procedures adopted by the Commission in its’ considerations are set out in Chapter 16:01 The Police Act. and Chapter 17:01 The Police Discipline Act. Given its mandate, the Commission seeks to ensure no claims of partiality can justifiably be brought against it.

According to a notice by Parliament a report from the committee which is chaired by Governance Minister, Gail Teixeira at its 10th meeting held on Wednesday, December 1, 2021, after exhausting the notification process, the Committee agreed to proceed with the appointment of Members to the Commission.

However, noteworthy is the fact that the Guyana Police Association did not submit for consideration a single ex-member of the force. Their nominees include: Choo-a-Fat, Conway, Mohamed and Findlay all of whom were selected to be on the commission.

‘Defrock the veil over the 2020 elections’

Sat Dec 25 , 2021
Support Village Voice News With a Donation of Your Choice. —Shuman says as he commends Court of Appeal ruling in election petition case    Deputy Speaker and Leader of the Liberty and Justice Party, Lenox Shuman said that the country cannot move forward until everyone knows what played out in the 2020 elections and attempts are made to fix it. To […]