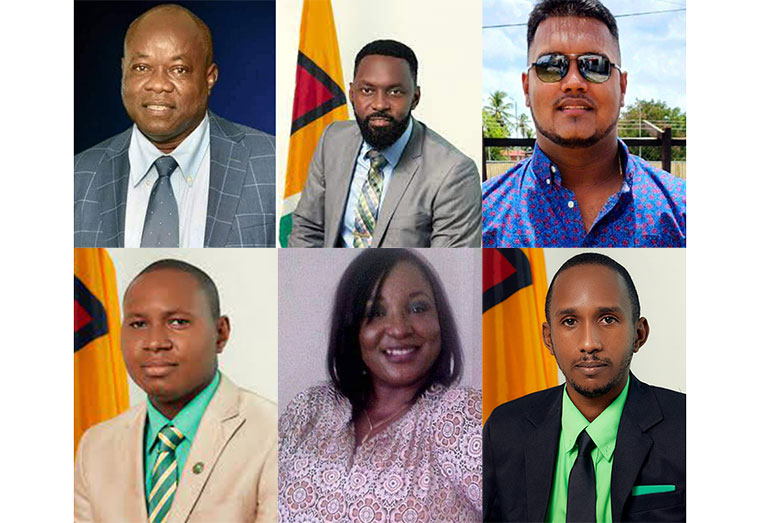 …rakes its 900+ votes to be Leader of PNCR
…Holder outperforms Forde, Walton-Desir to be next Chairman

Releasing the official results for the party’s five top positions during a virtual press conference on Sunday, Alexander disclosed that Norton secured 967 votes while Harmon raked in 245 votes and Dr. Van West-Charles, 64 votes. Norton’s installation as Leader of the PNCR is expected to take place on Monday. He replaces David Granger.

Meanwhile, Shurwayne Holder, an Opposition Member of Parliament who hail from Region Two (Pomeroom-Supenaam), is poised to be the next Chairman of PNCR, replacing Volda Lawrence.

Meanwhile, Elizabeth Williams Niles was elected 1ST Vice Chairperson with 470 votes while Christopher Jones and Vinceroy Jordan tied for the 2ND Vice Chairperson post with 381 votes each. At this stage, it is unclear how the party will resolve the tie.

Alexander said that the results for those who contested for the 15 spots within Central Executive Committee (CEC) will be announced later. Some 123 persons contested in those elections.

Mon Dec 20 , 2021
Support Village Voice News With a Donation of Your Choice. A twenty year old Forklift Operator employed at Hacks’ Rice Mill at Golden Grove Village West Coast Berbice died on the spot following an accident inside the mill around 1200 hrs. The dead man was identified as Tularam Harilall alsoown as Vicki of Bath Settlemnt Waterloo Jib in West Coast […]