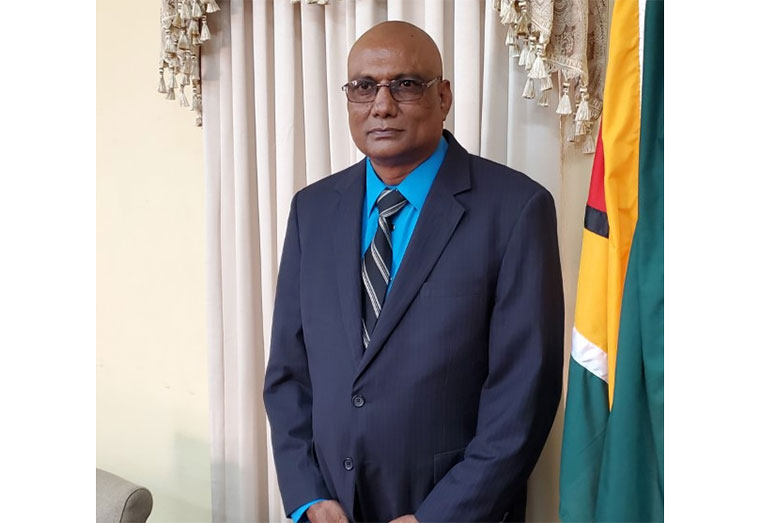 Newly appointed Chief Elections Officer (CEO), Vishnu Persaud did not rule out the possibility of Local Government Elections being held in 2022, when approached by the press.

“One year’s time is more than enough to prepare for and hold Local Government Elections,” Persaud said in response to a question posed by Village Voice News on Tuesday.

The Alliance For Change (AFC), in welcoming the decision of the Election Commission to appoint Persaud CEO, called for a new Voters’ List and Local Government Elections.

It said as a prerequisite to rebuilding the credibility of the system, there must be a new Voters’ List – “purged of all the contaminants of the past,” and the conduct of Local Government Elections.

In keeping with a commitment by the A Partnership for National Unity + Alliance For Change (APNU+AFC) Government to restore local democracy in Guyana, Local Government Elections were held for the first time in March 2016 after a 22-year hiatus. In accordance with the law, the elections were again held in November, 2018.

However, under the People’s Progressive Party/Civic (PPP/C) Government, Local Government Elections were not held in 22 years, having last held in 1994.

But while Persaud indicated that those elections are possible in 2022, he could not offer a similar commitment on the generation of a new National Register of Registrants from which the Voters’ List is derived.

“As it is now, there seems to be some conflict between laws pertaining to the conduct of House to House Registration and Continuous Registration, so that is something I will have to look at more in-depth before I can advise the Commission,” he told this publication.

Tue Dec 14 , 2021
Support Village Voice News With a Donation of Your Choice. By Vincent Alexander Commissioner of GECOM Friday, December 10, 2021 will go down in the annals of GECOM as another occasion when GECOM failed in its responsibility to embrace transparency and best practices. Its decision to appoint Mr. Persaud reeks of partisan and bias pre-dispositions, which I will expose in […]