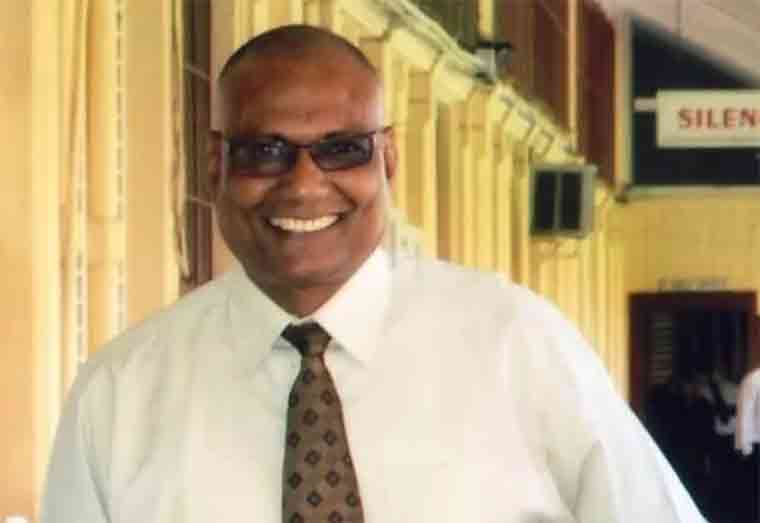 ….as Justice Singh throws her support behind the Gov’t nominee

The decision was arrived at on Friday after hours of deliberation which ended with the Chairman of the Elections Commission, Justice (Ret’d) Claudette Singh voting with the Government-nominated Commissioners – Sase Gunraj, Bibi Shadick and Manoj Narayan – to have Persaud appointed.

Though Persaud worked at GECOM’s Secretariat for well over 10 years, for the majority of that period he served as the Public Relations Officer (PRO).

In fact, Persaud was first appointed in 2001 as the Public Relations Officer (PRO). In 2014, he was appointed substantive DCEO, however, when his contract expired in August 2017, it was not renewed, though efforts were made to do so. As such, it can be deduced that Persaud only served in a senior managerial position for a period of three years while at the Elections Commission.

During the deliberations, the People’s Progressive Party/Civic (PPP/C) aligned Commissioners reportedly sought to include Persaud’s 13 years as a PRO as experience gained in a managerial post, though according to GECOM’s organizational chart, a PRO does not form part of senior management.

Based on the requirements set by GECOM, Candidates for the CEO post, must have a Post Graduate Degree in Public Administration, Law or Management and specific training and verifiable experience in managing election systems along with at least 10 years of experience in a senior management position overseeing and directing diverse operations aimed at achieving targets within specific deadlines. Additionally, they are required to have at least 10 years of experience in Management of National Elections and Election Systems.

Harrow, on the other hand, served as the Director-General of Jamaica’s Office of Disaster Preparedness and Emergency Management (ODPEM) and Regional Manager at the Electoral Commission of Jamaica. He has a Professional Masters in Operations Management from the City and Guild of London Institute and an Executive Masters of Business Administration from the Commonwealth of Learning/University of the Commonwealth Caribbean (UCC).

Sat Dec 11 , 2021
Support Village Voice News With a Donation of Your Choice. Comrades all, I indicated in my interview with Globespan a few months ago and in my Press Statement of November 26, 2021 in relation to any decision to run for the post of Leader of the People’s National Congress Reform (PNCR) at its upcoming 21st Biennial Delegates Congress that, “if […]