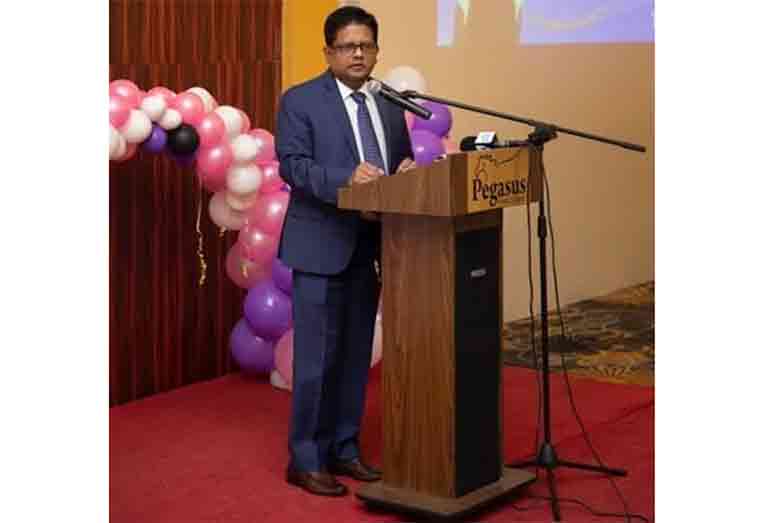 Teleperformance Guyana, has been urged to expand its operations beyond the boundaries of Georgetown, Region Four.

The invitation was extended by Senior Minister within the Office of the President with responsibility for finance Dr. Ashni Singh.

Dr. Singh was delivering the feature address as the Business Process Outsourcing (BPO) company’s fifth anniversary in Guyana on Monday.

Minister Singh said government’s liberalisation of the telecommunications sector has made expansion for BPOs much easier. He said he would like to see the company leading regional expansion in places like Essequibo and Berbice.

“I would like to encourage you to consider those destinations because we want those jobs. The tremendous growth that you have achieved here thus far, can be replicated and expanded upon elsewhere. So, as you consider that Caribbean expansion, I would urge you to consider regional expansion within Guyana to other towns beyond Georgetown.”

He said government is committed to working with BPOs in their expansion and development.

You have in this government, a partner that recognises the vastness and potential of the BPO sector. We view the sector in an extremely positive light and you can be assured that we are committed to continue working with you very closely… we see the BPO sector as a sector that has more potential than most other sectors to create jobs for young Guyanese,” Dr. Singh reminded.

The company plans to expand its operations in Georgetown by establishing a new facility that could house 800 work stations. In Guyana, the company employs 1,200 staff serving seven clients in the United States. (DPI)

How does this visiting Ghana delegation want history to remember them?

Tue Dec 7 , 2021
Support Village Voice News With a Donation of Your Choice. Dear Editor Please help me ask this question of the visiting delegation from Ghana Africa. “What do you think a delegation sent by Kwame Nkrumah would have done if they were in your shoes;  coming here in this historic moment – to a country in which Africans suffer the Floydian Foot on […]