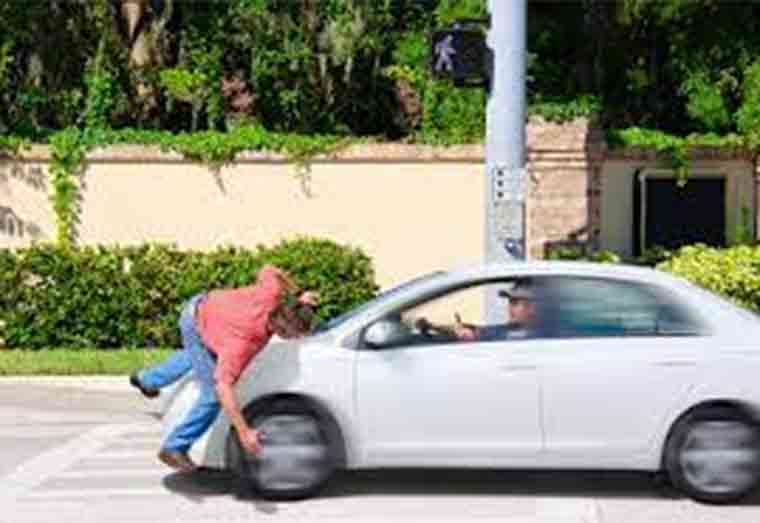 A 51-yearold Fairfield, Mahaicony, East Coast Demerara man succumbed to injuries he sustained during an accident on Saturday, November 20.

The man, Deosaran Moonilall, was hit by a speeding vehicle while he was crossing the public road in the area. He died the following day.

According to a police report, at around 17:59hrs, Moonilall was crossing the public road from north to south whilst motorcar # PTT 9481 was proceeding west along the southern side of the road when the collision occurred.  and collided with the pedestrian.

As a result of the collision, the pedestrian fell onto the roadway and received injuries to his head and about his body. He was picked up in an unconscious condition by the said driver and taken to Mahaicony Public Hospital. The man was subsequently transferred to the Georgetown Public Hospital where he has admitted a patient.

He subsequently died on Sunday, November 21. The body of the deceased is at the GPHC mortuary awaiting PME.

Though the license plate is known, the driver has not been identified.

Tue Nov 23 , 2021
Support Village Voice News With a Donation of Your Choice. By GHK Lall A lot has been written about the proposed electoral reforms (RoPA)), with most being sharply critical of the misplaced emphases of the PPP Government.  Those ranged from the not-so-subtle gerrymandering of thorny Region Four to troublesome areas (GECOM) totally ignored to the embedded racial objectives, which are […]