The chickens are beginning to come home to roost. The supporters of regime-change are now realising their mistake. When faced with a crisis last year between March and December, some opinion shapers and independent voices chose the easy way out by concocting a weird notion of democracy which then became a convenient standard by which to measure the fairness of an election. Others used the occasion to stick it to the Coalition which had disappointed them. Still others saw the opportunity to insert a party they are more ethnically comfortable with. They all took advantage of a judiciary which couldn’t move beyond the traditional conservatism on electoral matters which has become a staple in the Anglophone Caribbean. The outcome was the awarding of a controversial election to the PPP.

Just as elections have consequences, political blunders have equally devastating consequences. Many PPP sidekicks from last year are wondering why the PPP is being so ungrateful. Columnist Alan Fenty, after fifteen months of fulsome defence of the PPP wonders aloud in his most recent column: “ Put another way, my wonderment is grappling to process whether the PPP, as it goes about consolidating authority, then power, is conscious about how Caricom and the wider geo-political world is assessing its stewardship since their 2020 solidarity extended…Again I wonder: Does this PPP care about international scrutiny? Won’t support be needed in the future?”

Fenty is a shrewd analyst who had to know that you reap what you sow. He knows the PPP history. So, what drove him into the PPP’s orbit. Opposing rigged elections is one thing. But supporting the installation of a government with a sordid history after an inconclusive election is another thing. I hope one day he explains his stance. He and others who stifled their usual sharp instincts last year must take responsibility for the situation which his wonderment is grappling with. Faced with a regime which daily disregards the tenets of good governance, they owe the nation an explanation, if not an apology. As Christopher Ram recently opined, President Ali and his government are not interested in good governance. The point is that Chris knew that before he lent his voice to the validation of an unfair imposition on half of the electorate.

Rule of Law and democracy are prerequisites for a stable society. But they cannot be allowed to be used as masks for illegitimate transfer of power. Elections are not ends in themselves. Rather they are means to a democratic end. When a government is conscious of its illegitimacy, it clothes itself with manufactured legitimacy. It overcompensates for its limited or suspect mandate. It governs with spite and arrogance. Opponents become historical enemies.

Look at the arrogance of the PPP- it rules as if it got a landslide at the election. It consults nobody, including its helpers. It raids the treasury with impunity to satisfy its manifesto promises. It immobilises constitutional bodies and then commits illegalities in their absence. It pokes its fingers in the eyes of its political opponents and violates the dignity of their supporters. It governs like a government of political thugs with absolutely no regard for history and national wholeness.

The so-called draft amendments to our electoral laws are a mixture of spite, bullyism and seeming lunacy. But there is a method to the PPP’s madness—it is part of a historical quest to dominate the country. Absolute control of the electoral machinery is the objective. It feels safe in the belief that our courts are less concerned about what happens before election day—that’s for a petition which is undermined by the readiness to settle an election with one-sided “evidence”. So confident is the PPP’s leadership about the praxis of the courts, it is prepared to pass draconian laws knowing full well that they would be tested in the courts. Why are they unafraid of judicial review?

And the imposition of the scandalous 7% pay raise on public servants. When one takes into consideration all the colliding factors—low pay, inflation, taxes—it is nothing more than slave wages. It takes a sick political mind to give one ethnic section $250,000 and offer another group a pittance. Do they not care how it looks? How can they be so heartless towards workers who are entrusted with pivotal tasks? Where is the respect for teachers, the police, nurses and other frontline government workers?

And the failure to audit Exxon? I am confident that was not an innocent mistake or an attempt to repay Exxon for its support. Rather, it must be because the government has something to hide about itself. Are there PPP front-companies which did business with Exxon? What skullduggery have these entities been up to that could be uncovered by an audit? After being caught, they now say they will do an audit after the monies lost cannot be recovered. So, they will hire some PPP boys to fake an audit and report a clean slate. Watch the ride.

The PPP government is disrespectful and there cannot be silence in the face of such disrespect. Voices must be raised. Action must be taken. The organized opposition must rise from its slumber. The unions must flex their muscles. The people must stop being consumed with fear. The PPP’s methodical madness must be confronted in the open space. A thug regime does not deserve any respect.

Sun Nov 21 , 2021
Support Village Voice News With a Donation of Your Choice. Five stocks in the Lucas Stock Index (LSI) traded this third period of November 2021 with three registering gains and two remaining unchanged. The stock price of DIH moved 8.0 percent adding G$10.0 billion to the market capitalization of the company which advanced to G$135.000 billion. The stock price of […] 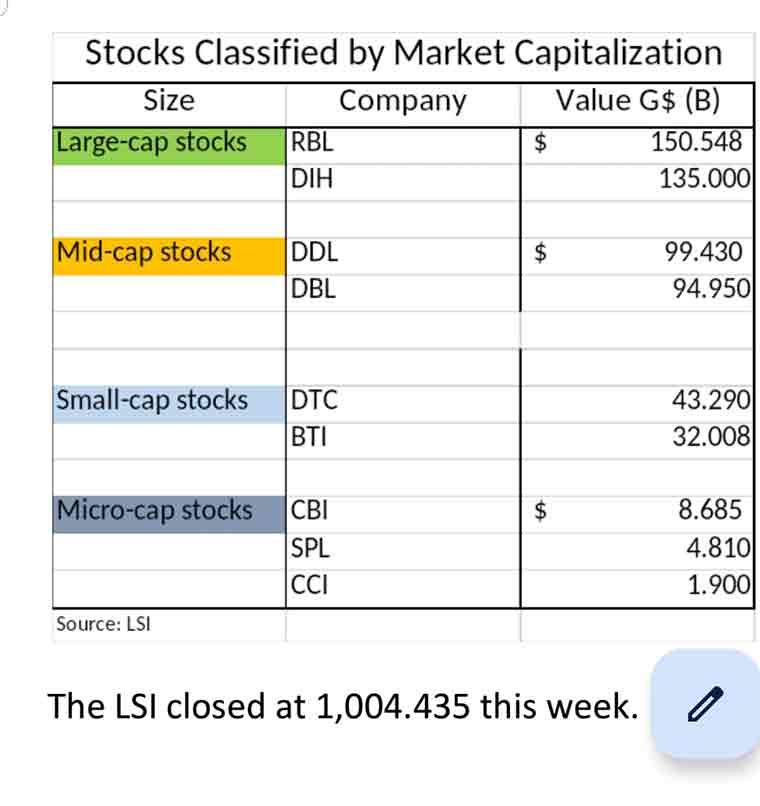