…Harmon says; renews call for independent panel to assist in the selection of new CEO, DCEO

Opposition Leader, Joseph Harmon, on Wednesday, expressed no confidence in the ability of the Chairman of the Guyana Elections Commission (GECOM), Justice (Ret’d) Claudette Singh to impartially appoint the next Chief Elections Officer (CEO) and Deputy Chief Elections Officer (DCEO), and as such, iterated calls for an independent panel to assist in the process of shortlisting applicants.

On Tuesday, the three government-nominated commissioners along with the three opposition-nominated commissioners submitted their lists of nominees for the various posts based on the applications submitted, however, Harmon expressed concern that should it come down to a vote, the Chairman of the Elections Commission is not likely to act impartially.

“The Guyanese people have no confidence in your ability, Justice Claudette Singh, to act in an impartial manner in this matter,” Harmon said during a virtual press conference held on Wednesday.

Harmon along with the Working People’s Alliance (WPA) had long called for an independent panel to assist GECOM in shortlisting the candidates on the basis that the Commission is highly politicized, however, when the matter was put to a vote on November 9, Justice (Ret’d) Singh together with the three People’s Progressive Party/Civic (PPP/C) nominated Commissioners voted against the proposal which was tabled by Desmond Trotman – an opposition-nominated Commissioner.

Days later, Deputy Speaker in the National Assembly and Leader of the Liberty and Justice Party (LJP), Lenox Shuman said it was not too late for the Commission to reverse its decision in the interest of fairness.

On Wednesday, Harmon made a similar call. “…it is not too late at this stage to get an independent arbiter to deal with this matter,” the Opposition Leader told reporters.

In justifying his position, the Opposition Leader contended that the confidence of the Guyanese people in the Chair of GECOM eroded during the highly controversial 2020 General and Regional Elections.

“We’ve had a traumatic experience in 2020 when decisions had to be made by the Elections Commission, and it was left to the Chairman to make that call,” he told Village Voice News in response to a question posed.

Referencing to a recent letter penned by Justice (Ret’d) Singh, Harmon said the Chairman “felt her hands were tied” when it came to performing the constitutional function of the Commission during the last General and Regional Elections.

“I take this opportunity to remind all Guyanese that on 5th March, 2020, a mandatory injunction was granted by the Court against the Commission and Chief Election Officer which as a consequence impeded my intervention and by extension that of the Commission to implement a legally guided decision and approach to finalize the electoral process,” Justice Singh had said.

Harmon said Guyanese have a “bitter taste in their mouth” in relation to this issue, and as such, would prefer for the Commission to be aided by an external panel.

Village Voice News was reliably informed that during Tuesday’s meeting of the Elections Commission, the PPP/C nominated Commissioners – Bibi Shadick, Sase Gunraj and Manoj Narayan –  submitted a list of six nominees for the position of CEO with Vishnu Persaud – a former Public Relations Officer at the Commission – topping the list.

GECOM’s Information Technology Manager Aneal Giddings is the PPP/C’s nominated Commissioners’ number two pick for the position, however, aside for not having 10 years experience in Electoral Management, Giddings comes with baggage.

In 2020, the GECOM official found himself at the heart of the controversies surrounding the Electoral Crisis. The A Partnership for National Unity + Alliance For Change (APNU+AFC) had called on the Elections Commission to have Giddings removed from the tabulation process on the basis that he was allegedly involved in a secret meeting with Dr. Frank Anthony and Sasenarine Singh at the National Recount Centre.

St. Kitts’ Eugene Petty, Deodat Persaud, Dr. Kurt Clarke from the US and Leslie Harrow from Jamaica are the other applicants who were shortlisted by the PPP/C-nominated commissioners for the CEO post.

Notably, the Opposition-nominated Commissioners – Vincent Alexander, Desmond Trotman and Charles Corbin – submitted only three nominees from the list of 20 applicants –  Petty, Harrow and Dr. Clarke – all of whom are foreign nationals.

Based on the requirements set by GECOM, Candidates for the CEO post, must have a Post Graduate Degree in Public Administration, Law, Management or relevant discipline from a reputable and recognized institution, and specific training and verifiable experience in managing election systems along with at least 10 years experience in a senior management position overseeing and directing diverse operations aimed at achieving targets within specific deadlines. Additionally, they are required to have at least 10 years experience in Management of National Elections and Election Systems.

Now that the two sides have submitted their “shortlists” from the pool of applications, the Commission is expected to decide on the way forward next week, Village Voice News was told.

OP-ED | Don't be fooled by Ali and Jagdeo

Thu Nov 18 , 2021
Support Village Voice News With a Donation of Your Choice. …any audit now will not save Guyana from paying US$9.5B to Exxon By Lincoln Lewis Guyanese must not be fooled by verbalised comments of President Irfaan Ali and Vice President Bharrat Jagdeo that the Government of Guyana will conduct an audit into the last two years of Exxon’s spending. Any audit […] 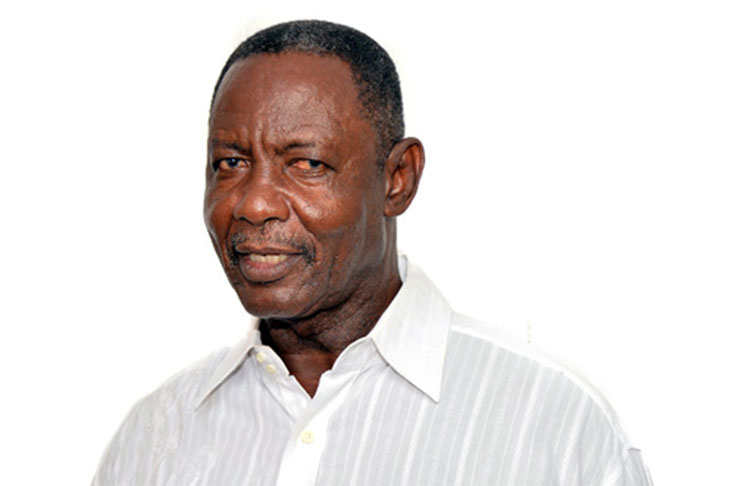