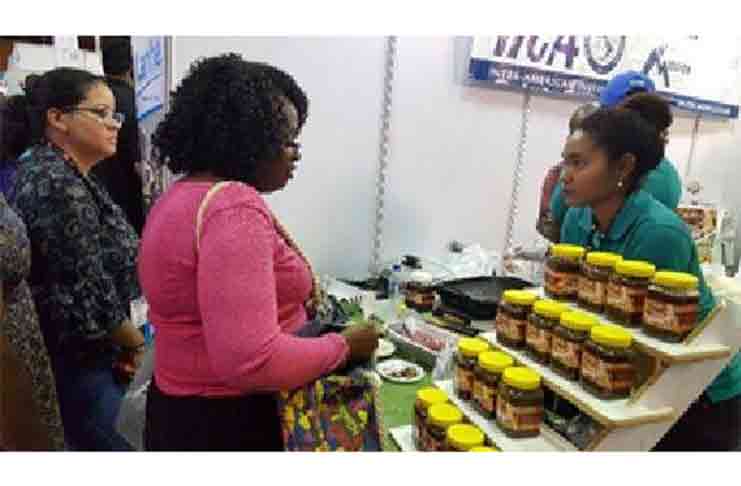 (TRINIDA EXPRESS) Regional food and beverage businesses participated in a forum on October 5, 2021 that explored market opportunities throughout the region.

Co-hosted by the Inter-American Institute for Cooperation on Agriculture (IICA) and the Caribbean AgriBusiness Association (CABA), the activity was one of the hallmark events of the Caribbean Week of Agriculture 2021, which ran from October 4 – 8.

IICA’s involvement is related to its ongoing efforts at building the capacity of micro, small and medium sized enterprises (MSMEs), to capture markets across the region, and reduce the dependence of countries on food and beverage supplies from outside of the region. CABA is also committed to supporting the growth of agri-based enterprises in the region.

Both organisations have recognized that intra-regional trade in food products has been identified as a priority by Governments as a means of stimulating economic growth in the midst of the Covid 19 pandemic.

CABA president, Vassel Stewart, indicated that the organization has a particular interest in seeing trade being undertaken by the MSMEs. However, he recognized that more collaboration among agencies and support was required to strengthen the capacity of the MSMEs to trade. Over 200 enterprises participated in the forum which featured dynamic speakers from across the region.

Sandiford also highlighted that the opportunities for reducing the dependence on supply from outside the region resided in enhancing production capacity. Jai Rampersad, CEO of Little Red Hen Distributors added that while there are still non-tariff barriers hindering the movement of fresh produce across the region, value added products face less barriers and meet consumer preferences.

Both Rampersad and Sandiford emphasized the opportunities for trade in value added products. Delise Arnold and Linda Augier of Massy Stores, St. Lucia, pointed out that there was increasing interest in food that is perceived as “healthier”. They noted however, that in some cases the “healthier options” appeared to be higher priced than standard items. They also advised participants that the consumer preferences in each island could be different and that regional exporters should place emphasis on analysing national consumption patterns.

President of the Supermarket Association of Trinidad and Tobago, Rajiv Diptee clamoured for increased efforts at import substitution, stating that more dialogue was required to find ways to source products from nearby countries.

Diptee stressed that with the pandemic, there was an opportunity to explore trade options with regional partners and more importantly, to look at emerging trends. He highlighted efforts by T&T to reduce food prices but noted that results were slow. He also added that his membership was were committed to working with local farmers and manufacturers to reduce the dependence of extra regional suppliers, and the food import bill.

IICA’s Technical Specialist Allister Glean shared that the information provided to businesses was aimed at fostering action. Glean reminded businesses that it was up to them to “step up” and capitalize on the opportunities. He also advised that in addition to the forum, IICA will be hosting the Caribbean Virtual Agri-Food Trade Mission from November 10-12, which would be fully sponsored by IICA. The activity would seek to connect CARICOM exporters with buyers from the Caribbean, Central America and North America. Interested persons were invited to contact IICA Delegations across the region for more information.

Sun Nov 14 , 2021
Support Village Voice News With a Donation of Your Choice. WESTMORELAND, Jamaica — An up-and-coming artiste was among three people killed in an early Saturday gun attack in Westmoreland. Reports from the Jamaica Constabulary Force are that the incident occurred sometime after 8:00 am on Darling Street in the parish. While investigators remain on the scene, it has been confirmed […]