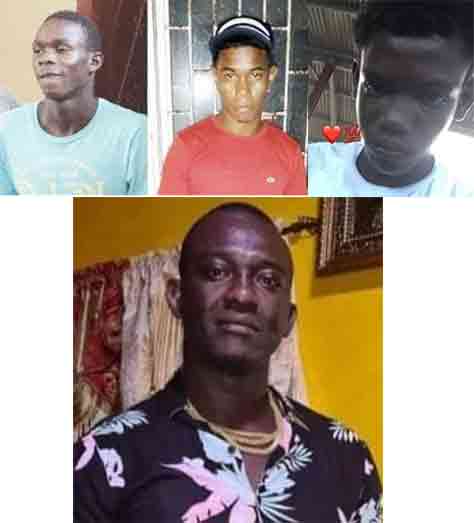 A New and United Guyana (ANUG) is calling for a Coroner’s Inquest to be conducted into the death of slain Dartmouth businessman Orin Boston.
ANUG, in a statement on Saturday also called for inquests into the killing of Agricola teenager, Sydel Bourne, who was shot dead by a plainclothes police rank as well as the gunning down of two suspected bandits: Quacy Jupiter called ‘Ding Docker’ and David Smith called ‘Burlyn’. The youths were accused of robbing and killing electrician Joshua Denny of South Ruimveldt, Georgetown.

Regarding Boston’s killing, ANUG said the inquest should be conducted by the District Magistrate. “The coroner is empowered to summon reputable residents of the neighbourhood to act as jurors during the inquest, and to subpoena witnesses and hear evidence,” it said while further positing that the inquest should be public.

The small political party said during the inquest critical questions surrounding the anti-crime operation which ended on a deadly note would be answered. What was the intelligence provided to the SWAT team? Why there was no search warrant? Was their forced entry into Boston’s home lawful? What circumstances necessitated the use of deadly force by twelve trained and armed men to subdue one man in his bedroom? Those are among the questions still to be answered by the Guyana Police Force.

as murder, just as police officer Dereck Chauvin was charged with the murder of George Floyd,” ANUG stated.

“Guyanese take no comfort from any police statement that a police investigation would be undertaken by the Office of Professional Responsibility. Such investigations have been promised before; an investigation by police of police is an invitation to cover up,” it said.

Based on the facts provided thus far, Boston, 29, of Dartmouth Essequibo Coast, was fatally shot in his bedroom by the Special Weapons and Tactics (SWAT) Unit on September 15, 2021 between 4:00hrs and 5:00hrs.

His wife was lying beside him at the time.

The SWAT Unit, comprising one officer and 11 police ranks was sent to Onderneeming, Essequibo, on the night of September 14, 2021. Their ‘operation’ began around 2:00am Wednesday, September 15.

Before Boston’s home, the Unit had stormed Orin Klass’ home – a father of five – and traumatized his family. The third house the SWAT team went to was that of Boston, at around 4:00am. Between 4:00hrs and 5:00hrs Boston was shot with a rifle. He was in his bed. “The public has no illusions concerning a ‘confrontation’ between an unarmed man and twelve heavily armed Special Weapons and Tactics specialists who broke into his home at 4:00am. The Police had no warrant to enter or search Boston’s premises. They had no warrant to arrest Boston. They had no body cameras. They acted in the middle of the night,” ANUG said. The Guyana Police Force has refuted claims that it attempted to cover-up aspects of the shooting incident, and has assured that there will be a thorough, impartial and professional investigation.

22 youths get training in electrical installation

Sun Nov 14 , 2021
Support Village Voice News With a Donation of Your Choice. Youth Challenge Guyana (YCG), with the support of ExxonMobil Guyana, has successfully trained another group of young men in electrical installation during the past six weeks, the agency said in a release. The closing ceremony was held on November 8, 2021 at the Special Miracles Ministries Royalty Centre. 22 young […]