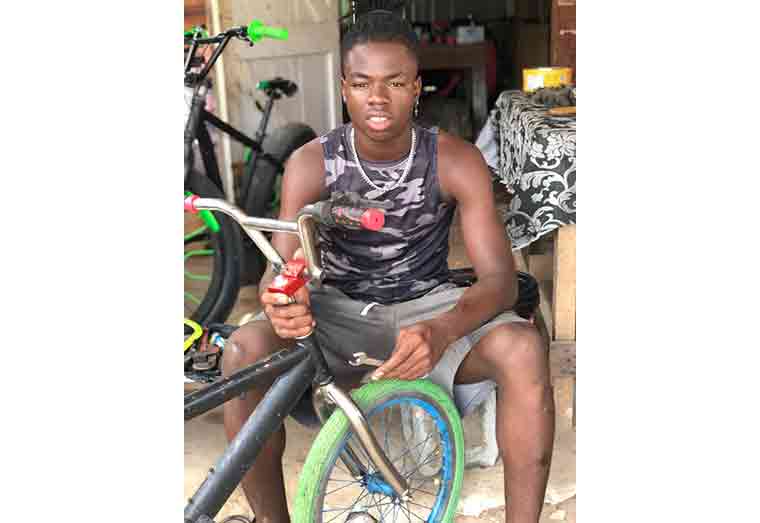 Not only does hustling enable people to achieve financial freedom but it allows them to see their true potential.

A prime example of a hustler is 20-year-old Lloyd Guppy of Wismar, Linden whose determination to succeed regardless of setbacks faced have allowed him to establish his own business.

In 2018, Guppy began his undergraduate studies in Civil Engineering at the University of Guyana. This was the beginning of an exciting and promising undertaking for the young man.

However, in his second year at university Guppy was forced to discontinue his studies after being faced with financial difficulties. This led the Lindner to begin seeking for employment which in many cases proved futile, despite being the holder of eight CSEC passes including Mathematics and English.

Though it was frustrating for Guppy, he began brainstorming creative ways to make money and came up with ‘Mighty Achievers Bike Supplies and Okassah’s Painting,’ in 2020.

Guppy told this newspaper that his business was created from simply doing what he loved, customizing his own bicycles. “I created this business because I like bicycles and I know my way around bicycles because I use to ride. I started fixing my own bicycle and then I started designing it, and enhancing it to make it look different because I like being unique and I like my stuff to be outstanding from what everybody else has,” Guppy said.

He went on to say, “People started seeing my bicycle’s design and instantly liked it. Then they began asking me to customize their bikes too which I did at a cost. So it became a hustle which I channeled into a business.”

The entrepreneur’s hope for the future is that ‘Mighty Achievers Bike Supplies and Okassah’s Painting’ would become a countrywide business that will provide jobs for persons including his family and friends.

Guppy also hopes to complete his civil engineering studies at the University of Guyana in the future. The youth who describes himself as jovial, loving, ambitious, educated and a hustler is advising persons to believe in themselves and to never give up.

“I have tried a lot of things and many did not work out. Since I going to high school I have been selling plantain chip so that I could pay bills and it use to be a little frustrating and did not give as much that was needed so I tried cutting hair and a lot of other things. I did not give up,” he related.

“The thing is, if you believe in yourself and you hold on to that one goal or one hustle you must grow in whatever it is that you are doing. The bottom line is to never give up. I believe everybody has something that they are good at and all we need to do is learn to channel our energies to positive doings,” Guppy added.

Sun Nov 7 , 2021
Support Village Voice News With a Donation of Your Choice. —democracy group raps govt over long list of constitutional breaches The newly formed democracy group- Article 13 on Saturday said it has noted with deep concern the failure by the Irfaan Ali Administration to constitute a long list of constitutional and statutory bodies and offices required for the proper functioning […] 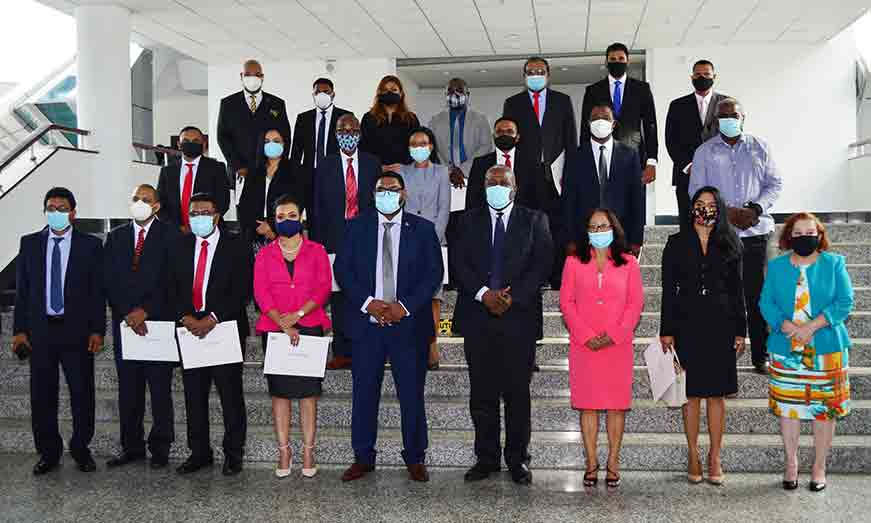