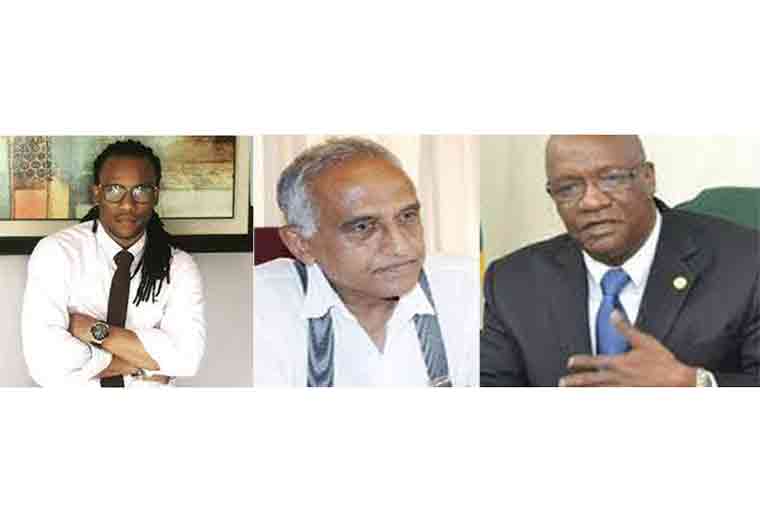 The Irfaan Ali Administration stands the risk of facing a plethora of litigations if it continues to award multi-million dollar contracts in the absence of a Public Procurement Commission (PPC), Chartered Accountant and Attorney-at-law, Christopher Ram has warned.

According to Article 212 W of the Constitution of Guyana, the Public Procurement Commission (PPC) is responsible for the monitoring of public procurement with the aim of ensuring that the procurement of goods, services and the execution of works are conducted in a fair, equitable, transparent, competitive and cost effective manner.

However, it has been approximately one year since the life of the old Commission, headed by Carol Corbin – a Project Management Professional – expired.

In the absence of the ‘procurement watchdog,’ the People’s Progressive Party/Civic (PPP/C) Government has been doling out billions of dollars in contracts. Just recently, Cabinet granted its no-objection for the Ministry of Public Works to enter into a US$256.6M agreement with China State Construction Engineering Corporation Ltd for the construction of the New Demerara Harbour Bridge (NDHB). It has also given the greenlight for China Railway Group Limited to execute the controversial Amaila Falls Hydropower Project (AFHP) based on a Build-Own-Operate-Transfer (BOOT) model.

In an interview with Village Voice News, Ram said the Government appears to be in violation of both the Constitution and the Procurement Act, which guarantee bidders the right to a review, should they believe that they are treated unfairly.

The PPC, among other functions, is required to investigate complaints from suppliers, contractors and public entities as well as investigate cases of irregularity and mismanagement and propose remedial action but with the Commission being expired, there is no one to carefully monitor the award of contracts as the National Procurement and Tender Administration Board (NPTAB) is left to function without any proper oversight.

Emphasising that failure to reestablish the Public Procurement Commission (PPC) is a breach of the Constitution, Ram said signing of multi-billion-dollar contracts, in the absence of the Commission, “may very well be unlawful and subject to challenge in court.”

Leader of the Opposition, Joseph Harmon, during his press conference last week, also expressed deep concern over the awarding of multi-million dollar contracts in the absence of a functioning Public Procurement Commission.

Harmon told reporters that currently the procurement process is “flawed.” He contended that companies favourable to the country’s Vice President Bharat Jagdeo are being given preferential treatment. “I have a problem with a procurement process that is being bypassed every single day,” he said while noting that the concern is not limited to the awarding of contracts for the Amaila Falls Hydro-Power Project and the New Demerara Harbour Bridge, but other contracts as well.

“Many of them ought to be laid in the National Assembly but they are not doing it,” he said while calling on the Private Sector to speak out against the corrupt practices, in which the PPP/C has been engaged in. “That corruption finds its way onto the steps of Bharrat Jagdeo,” he posited.

A STALLED PROCESS
Article 212 X (2) of the Constitution stipulates that “The President shall appoint the members of the Commission after such members have been nominated by the Public Accounts Committee and approved by not less than two-thirds of the elected members of the National Assembly.”

In April, 2021, the Public Accounts Committee (PAC) initiated the process of inviting national stakeholders, including political parties and civil organisations, to submit nominees to serve as members of the Public Procurement Commission.

In an interview with the Village Voice Newspaper, Chairman of the PAC, Jermaine Figueira disclosed that more than 20 nominees were submitted. He said in keeping with Standard Operating Procedures (SOPs), the Commissioner of Police (ag), Nigel Hoppie was asked to do background checks on all nominees.

Figueira said though those checks have been completed, and Special Select Committee, comprising himself and the Government’s Chief Whip Gail Teixeira, has been established, the process appears to be stalled.

He said that attempts to meet with MP Teixeira to shortlist the nominees for submission to the PAC, and thence to the National Assembly have been met with excuses. “Even though they may want to deny it, the Government has been intentionally dragging its feet on the matter,” he said.

He said the issue is of great concern to him as the Chairman of the PAC as he expressed disappointment that the process has not concluded. He is now hopeful that next week the 20 nominees can be shortlisted.

“I am going to propose Monday that the Special Select Committee, that we would have put in place, myself and her, for us to meet sometime next week so we can bring some speedy resolution to this matter, it is long overdue,” he said.

Once shortlisted, the nominees would have to be approved by not less than two-thirds of the elected members of the National Assembly, before the Present assents to it.

Sun Nov 7 , 2021
Support Village Voice News With a Donation of Your Choice. …PPP proposed in draft amendments to elections laws Penalties ranging from $5M to $10M, and even life imprisonment are among the amendments being proposed for the Representation of the People Act by the Irfaan Ali Administration. According to the draft Representation of the People (Amendment) Bill 2021, which is currently […] 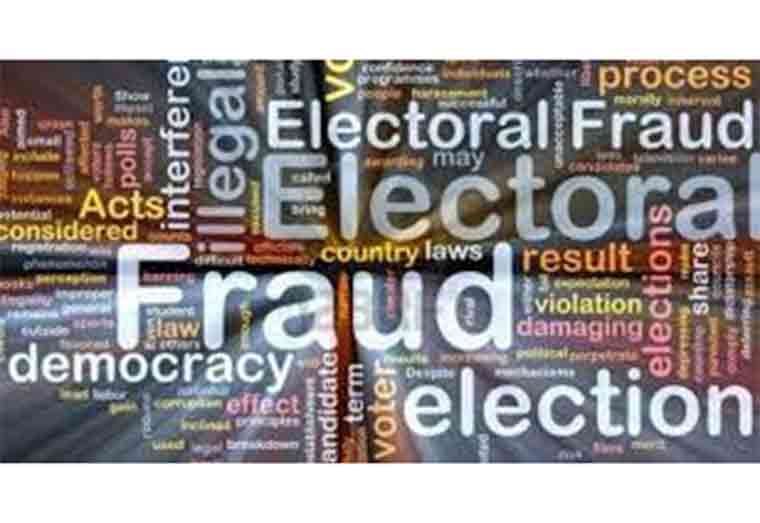