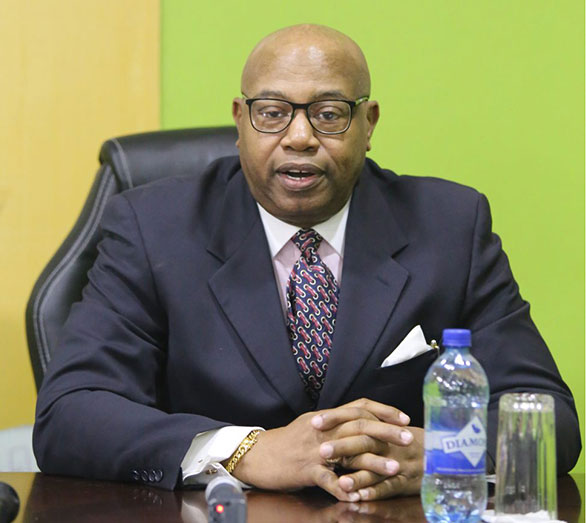 —Guyana Airways CEO says though he provided the necessary information, no response has come from Edghill, Jagdeo

While he had hoped for a different scenario under the current Administration, Owner and Chief Executive Officer (CEO) of Guyana Airways Corporation Inc., Dr. Colin Abrams is facing yet another series of difficulties in his efforts to operationalize the Airline in
the country.

Dr. Abrams — a Guyanese by birth — is a retired Delta Airlines pilot with 45 years of experience in aviation. He has a PhD in Aviation Management and obtained every Major License offered by the Federal Aviation Administration (FAA) in the United States.

He is also a Naturopathic Physician who specialises in saving limbs from amputation. He retired early, leaving a 6-figure paying job, and invested the savings from his retirement plan into the vision for the Airlines in Guyana.

However, this did not turn out as planned. In summary, there was contention between the Company and the former APNU+AFC Administration about the use of the name ‘Guyana Airways’ and this resulted in a court battle which the Company won against the Government.

Despite its win, the process did not move forward through the Guyana Civil Aviation Authority (GCAA) and the Company faced significant losses with Dr. Abrams losing all that he had invested from his retirement savings.

WHAT REALLY IS THE PROBLEM?
Though it remains a major blow, in June 2021, Dr. Abrams explained to the public that he had regrouped and had once again initiated discussions with the Government under the current PPP/C Administration.

This took place in early 2020 when he had a video conference with Minister of Public Works, Juan Edghill where the matter was discussed and documents were requested. He also followed up by speaking with Vice President, Bharrat Jagdeo. The COVID-19 pandemic slowed
discussions, but Dr. Adams was hopeful of a different experience under the current Administration.

Seeking an update, the Village Voice News learned that Dr. Abrams had no good news to share.

“We [Minister Edghill and I] had several discussions, he asked me to submit certain documents, and I did it. And ever since then, I have heard nothing from the Minister, zero. This is last year I’m talking about,” he said.

“The documents that I sent to Minister Edghill, I sent the same documents to Vice President Jagdeo shortly thereafter, when I didn’t hear from Edghill. I have heard nothing from Jagdeo, nothing. I’ve spoken to Jagdeo on several occasions, once at the US Ambassador’s
dinner he came over to me and he wanted us to meet. We met at his office and we talked about Guyana Airways and how we can move forward and, now, nothing. He never responded to me at all.”

The retired Delta Airlines pilot said that he is left only to wonder whether the two Governments have an unstated issue with Guyana Airways Corporation Inc., or personally with him.

THE BENEFITS FOR GUYANESE
In 2016, when plans were initially underway, Dr. Abrams had notified the GCAA that Guyana Airways Corporation Inc. was now owned and operated by him and he was interested in entering the Guyanese market. The goal was to facilitate flights around the Caribbean
and to North America.

As things progressed, the Company established itself at Barrack Street, Kingston, Georgetown. The plan was to start operations by 2019 from the Cheddi Jagan International Airport (CJIA) with flights destined to Havana, Port of Spain, Bridgetown, and the US.

The vision was also to have the Airlines be primarily a cargo airline carrying passengers because the position was that the bulk of money in aviation was to be made from the transport of cargo. This, Dr. Abrams predicted, would have resulted in lower airfares.

To date, Dr. Abrams said that persons continue to approach him about whether and when the Airlines will be operationalized because they are left at the mercy of Caribbean Airlines which offers hefty travel fares to some destinations and this has been compounded
by the COVID-19 pandemic.

The retired Delta Airlines pilot explained that if the Airline was in operation, this would not have been the case. In fact, he said that many in Guyana would have also benefitted from jobs directly and indirectly.

Prior to the court matter and the subsequent hurdles, the company had hired 105 flight attendants, approximately 28 pilots, several mechanics and other personnel. All of these lost their short-lived jobs when the challenges arose.

Speaking about his experience under the former Administration, Dr. Abrams said: “The sad part is, we’ve had investors come and talk to us, many of them, and guess what? They just disappeared because later on, I found out that they were told, ‘don’t invest in Guyana
Airways because that airline’s not gonna fly’. One or two of the investors came and told me that. They said, ‘we were told, you guys are not gonna fly, so don’t even bother’. So, that’s why I mentioned that Guyana Airways is possibly a hot potato or Colin
Abrams is possibly a hot potato. I don’t know.”

NO URGENCY
Under the current Administration, Dr. Adams said that he has even proposed to the Vice President that if it is a case whereby the country still has an issue with the use of the name ‘Guyana Airways’ then they can work out an arrangement whereby he is paid for his
investment thus far and the Government can take ownership.

He also had put forward that if it is that they have an issue with him being the Company’s Owner and CEO, then he is also open to taking a background role, perhaps as an advisor. These alternatives, Dr. Abrams said, have also received no response.

“I even put that in an MOU to Jagdeo. I said it could be either be this or this. I received nothing. So, if the Government wanted to start an airline on their own, but they don’t know how to get around Colin Abrams, I gave him an out. I give them an out,” he
said, adding: “There is no urgency.”

Even so, despite how the Governments may or may not feel about the use of the name ‘Guyana Airways’, on a previous occasion, Dr. Abrams had explained that the name ‘Guyana’ does not belong to the Government of Guyana. He said that this is similar to how the name
‘America’ does not belong to the United States Government. For case in point, he highlighted that American Airlines and US Air are not US-owned but privately-owned carriers.

He told the Village Voice News that the aim of Guyana Airways Corporation Inc. has always been to return national pride to Guyana in the aviation sector and to ensure that, as an oil-producing nation, the country has the capacity to meet the new standards it
must rise to and the increasing need for travel that will arise.

Despite their professional disagreements in the past, Dr. Abrams also used the opportunity to wish Director-General
of the GCAA, Lt. Col. (Ret’d) Egbert Field — who has been hospitalized with COVID-19 — a speedy recovery.

Sun Sep 26 , 2021
Support Village Voice News With a Donation of Your Choice. (BBC NEWS) A suicide car bomb which exploded near the presidential palace in the Somali capital Mogadishu on Saturday has killed at least seven people. District police chief Mucawiye Ahmed Mudey told reporters that at least eight others had been injured. In a short statement, the Islamist militant group Al-Shabab […] 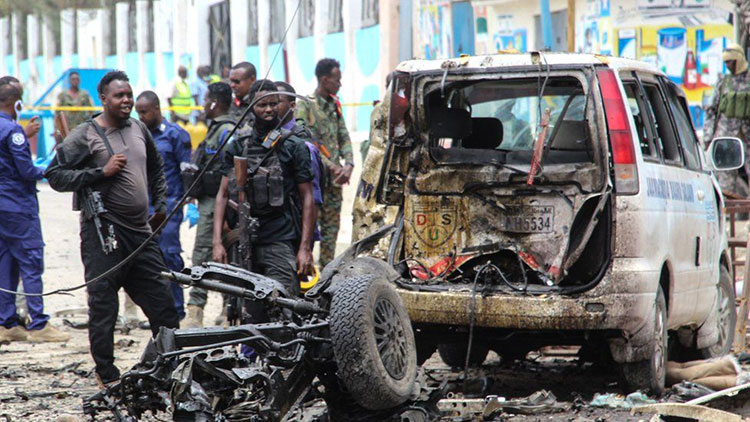