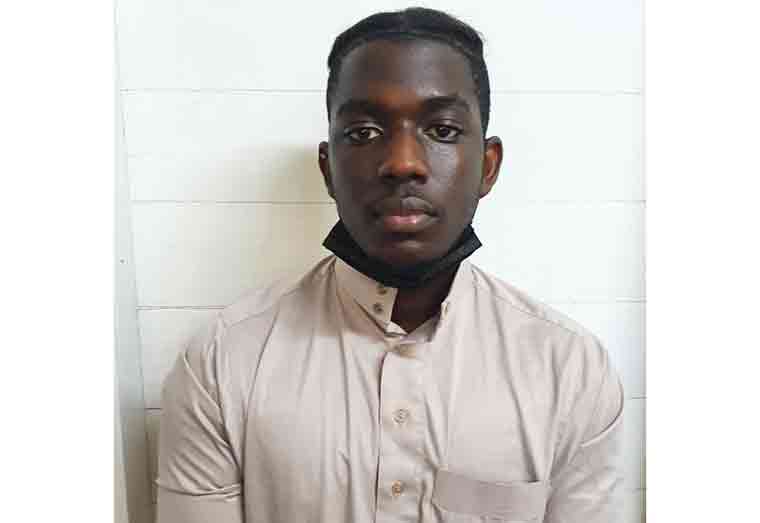 …during bit to escape to Suriname

Crime Chief Wendell Blanhum has confirmed that Hilton Oliver Junior Franklin – the prime suspect in the murder of Doctor Colin Roach – has been arrested.

Franklin, age 25 – is currently assisting police in the investigation into the brutal murder of Dr. Roach.

Acting on intelligence received, investigators from the Major Crimes Unit, CID Headquarters and ranks from Region 6, conducted an operation in Berbice on Friday, and in doing so, arrested the prime suspect at around 05:45 hrs.

Reports indicate that Franklin, at the time, was attempting to flee to Suriname.

Dr. Roach was found murdered in his Duke Street, Kingston office on Tuesday night. He was a 49 years old.

The Guyana Police Force, in its initial statement, said the doctor’s two cell phones and his motorcar PXX 4000 were stolen. The vehicle was subsequently found abandoned on Thursday at Schoonard, West Bank Demerara.

According to the two males who work with the doctor, on November 2, the clinic was opened for business between 07:00hrs and 15:00hrs. After the clinic closed, one of the males went out while the other retired to his living quarters in the top flat, leaving the doctor in his office on the middle flat.

It is further alleged that about 20:00hrs a male, who has now been identified as the prime suspect, was seen exiting the building but returned about seven minutes later and re-entered the clinic.

Police were summoned and a wound that appears to be a lash was seen on the left side of his forehead.  EMT doctors pronounced him dead on the scene.