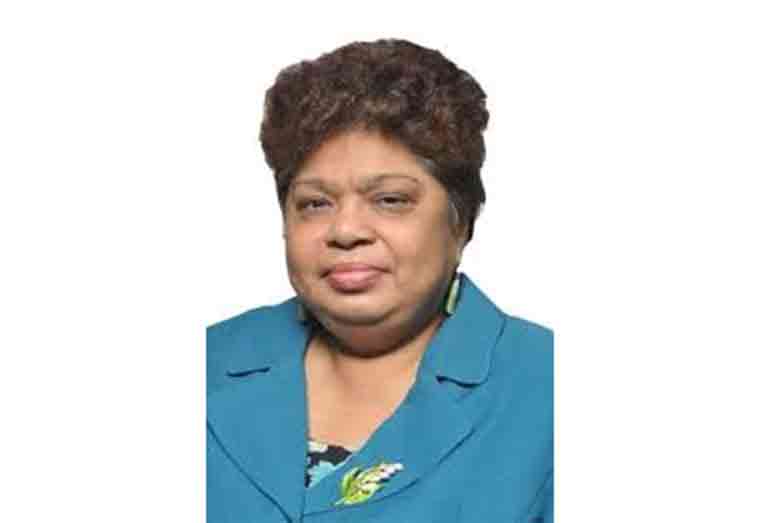 Dr. Richard Van West-Charles, who is among candidates contesting for the Leadership of the People’s National Congress Reform (PNCR), has called for the party’s General Secretary, Anna Ally to recuse herself from the election process.

In a statement on Wednesday evening, Dr. Van West-Charles accused Ally of misusing and abusing the office of the General Secretary by immersing herself in the election campaign, openly taking sides and supporting one candidate, when she should be professional and desist from compromising her office.

Notably, Ally was present when PNCR Executive Joseph Harmon launched his campaign to become the next party Leader.

“Ms. Ally’s behaviour is not only untoward, unethical and unacceptable but it also goes against the principles of the party. This approach was never taken by any previous GS,” Dr. Van West-Charles said.

He added: “The role of the GS, as head of the party’s secretariat, in the instance of an election, is to ensure the process is free, fair and transparent and represents the true and legitimate will of its members.”

He said to ensure the integrity of the election process and results, the established electoral committees must not only pay lip service to its fairness but we must give certainty to it.

“It must be said at all times members, particularly the leadership -incumbent and aspiring- should embrace ethical behaviour and hold in esteem the values of the Party. Ms. Ally’s continued presence as GS threatens and undermines these values,” he posited.

Dr. Van West- Charles also expressed concern about the circulation of a slate purporting to suggest persons who should be elected Leader, Chairman, Vice Chairman (2), Treasurer and Central Executive Members (15).

“The list in circulation is allegedly attributed to candidate, Aubrey Norton, who is identified as the person to be elected as Leader.  The list proposes Dr. Van West- Charles as a Committee Member,” he said while distancing himself from such list.

“The presentation of such a list is deceptive , disingenuous and misleading at best.  It is also disrespectful of candidate Dr. Richard Van West-Charles and other candidates who are likely to come forward in other positions,” he added while noting that there was never a consultation between himself and Norton.

The Candidate said party holds in high regard its members’ right to exercise free will to elect the candidate of choice for the position of Leader, Chairman, Vice Chairman (2) and Central Executive Members (15).

Dr. Van West-Charles is also calling on Norton to unequivocally distance himself the list design to undermine the desired ethical code of conduct governing this election. He also rejected the efforts to gaslight supporters, noting that such is unacceptable.

Where is your plan?

Thu Nov 4 , 2021
Support Village Voice News With a Donation of Your Choice. …UK makes query about Guyana’s unfinished plan to fight climate change   The United Kingdom has questioned Guyana about its National Determined Contributions plan- a document which is yet to be completed, but has been touted in speeches by high officials here. During his address at the United Nations Climate […]