The action of MovieTowne must be seen in the context of the utterances of many Indians. For what was said and done, is surely a Freudian slip, a manifestation of a deep seated belief structure, exposed in a conscious act. Surely, the horrors of slavery they all know and need no diversity training to be informed. In fact, diversity training would be too easy an escape route, for such a racist act mandates that they be hit where it hurts- in their pockets.

So reflect I did on what they did. Halloween was their thought then their action, in which first step was to gather Black dolls. Certainly, at this point the rational non-racist would have seen many wrongs in proceeding. Not them! For in their skewed eyes, Black Lives Don’t matter, evidenced in the angst a few murals caused. So onward they went. Attired said Black dolls in African apparels, to remove any ambiguity of who they represent. For this very act confirmed brain they lack or simply lack a brain, since the dolls were then hanged by their necks, on public display, refreshing the painful memories of our ancestors lynching.

So with pen, I surgically delved into the anencephalic skulls of a group, that has the word racist permanently tattooed to their tongues. For all are racists except them. A group still enslaved to the racist caste system. Colourism! Why couldn’t they have seen many wrongs with the imagery of black dolls in African apparel being lynched? Why their Halloween decorations weren’t of the millions of skeletonise Bengal Indians starved to death, by Sir William Churchill? Four million skeletons scattered around MovieTowne would have surely suffice.

But I would proffer, with evidence, that this is not an isolated event. This is a reflection of how many of them see us. In fact, memories of an interview come my way of Vishnu Bisram and an Indo-Trinidad “academic” being interviewed by an Indian woman, of destructive grammatical english. Three Indians sat at the table of bigotry to drink from the cup of racism. For this is what they spoke and what we heard. Indians were the ones who built Guyana and Trinidad. For the inference is as transparent as their racism. Black slaves spent 400+ years consuming Hennessy and indulging in orgies. Too drunk to work the lands. For what revisionist history is this?

Then Ravi Dev and a few of his unlettered kind, on a panel discussion argued that Afro-Guyanese are responsible for all the ills of Guyana. We beastly Blacks have pummelled and destroyed the land. Murdered, robbed and raped the vulnerable hardworking Indians. Who are these folks? Where are the Black tokens in PPP? Why not reinvigorate their murderous phantom squad to visit us with our deaths and their justice?

So my argument is simple. It has to be, because anger precludes clarity in thought. A message for people who look like me. Open your eyes! They locked us out of their malls under pretext of a fractured democracy. Now undemocratic acts afflict us, they are too busy with electrical cables, earning millions. They murdered us and engraved X on our heads. During the election impasse they called us painful, nasty and racist names. For Black we are but our bellies are surely not hungry. Certainly, monkeys can’t be doctors and lawyers. We are a proud people whose ancestors die to build this land.

Then attacked we were on the East Coast Highway. Nurses. School children. Police. And for this PPP rewarded the terrorist with hampers. No prosecution since being of Chat-3 blood, position them north of the law.

Sun Oct 31 , 2021
Support Village Voice News With a Donation of Your Choice. Understanding the enormous contribution of Guyana’s ecosystems to the world’s health and economy, and the role they play as one of the world’s most important countries for biodiversity conservation, President Mohamed Irfaan Ali on Thursday launched the renewed and expanded Low-Carbon Development Strategy (LCDS) 2030. The new programme, still in […] 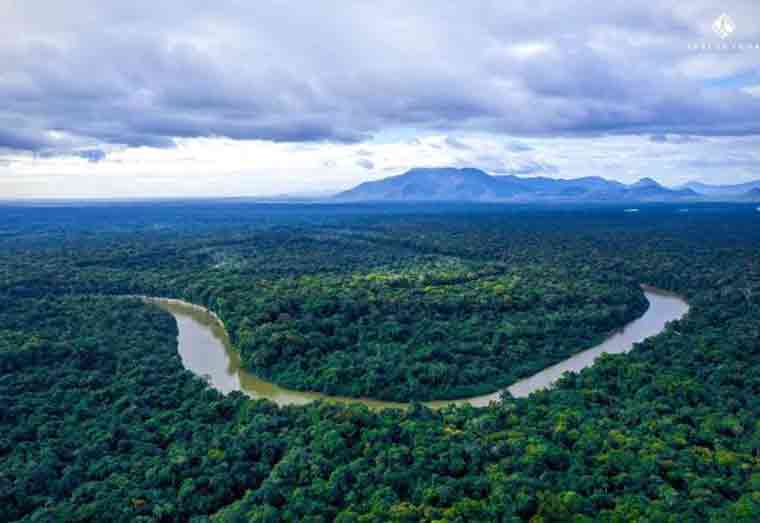