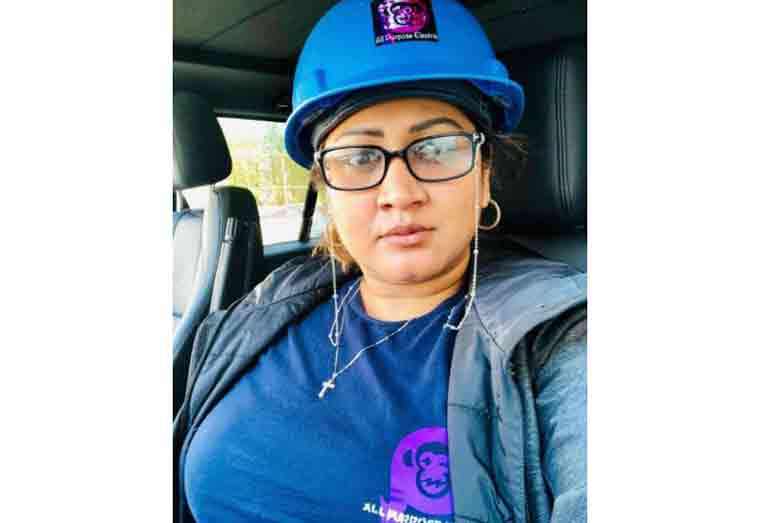 When life gives you lemons, make lemonade. This proverbial phrase has proven true for Guyanese-born, Christine Latchana, Chief Executive Officer (CEO) of All Purpose Electric Corp, who, despite adversity, built her company from the ground up.
Latchana, who is celebrating the company’s fifteenth year with husband, Kevin, migrated to the U.S. at a young age with her mother. Fortunately for her, after being forced to return to her Berbice

village in Guyana to live with her grandmother due to hardships she experienced with her single parent, she returned to Queens to attain the success she had envisioned.
“I was always an all-around pleasant personality and jack of all trades,” said Latchana who had an undaunted spirit. She told Caribbean Life, as first-generation immigrants she and her high school sweetheart struggled with strict parents whose Guyanese mentality and fear of living in a new country was a hurdle they had to jump over.
After graduating High School, the duo became teenage parents, but continued with their goals. “At this point, Kevin was already introduced to the electrical trade at his summer job, but I had aspirations beyond what my parents thought I wanted for myself.”
“After the birth of our second child in 2005, we decided to take life into our own hands for the benefit of our children. I dropped out of college a second time, got married, and started our business. While this was to be a temporary situation for me, I quickly realized that we made a good team. And our business took off.”

“I remember when we first started, I went on service calls with my husband, and I carried ladders and fetched his tools. I put on cover plates and picked up materials,” she shared.
The ambitious, and hardworking young woman, learned to identify equipment and parts, and how they were installed. However, after the company developed, she decided to move to the office to manage the financial and human resource departments, while writing proposals for prospective clients. With superwoman the helm, the company took on jobs in large housing construction, gyms, restaurants, and supermarkets, across the five boroughs.
When the coronavirus pandemic hit, Latchana made a valiant effort to keep the business operational. Once the company was allowed to stay open, she provided a safe environment for her staff. She started carpooling and provided PPE to motivate staff, willing to work. Everyone felt a sense of purpose, as essential workers, whom she paid out of her pocket for the first three weeks.
“It was difficult, but I was determined to keep working once we had the opportunity to do so,” said Latchana, whose workforce is skilled in commercial electrical installation, Low voltage, fire alarm, intercom, and security system. She said her husband knew the sacrifices she made to pursue his

dreams. But she wanted to have a sense of identity and individuality for herself. With this in mind, the phenomenal woman became an activist and philanthropist.
In 2014, she started a non-profit, assisting underprivileged children, women, families and elderly people in Guyana, and supported many of the cultural and social progression in the Guyanese community in Richmond Hill.
“In 2016, my husband decided he wanted to expand his entrepreneurial dreams. This was when I took on the lead role as CEO of the business. However, tragedy hit our family in 2017 when he had a freak accident at home. He was hospitalized and we were in fear that he may never recover.”
“After many surgeries and a two-year span, he finally recovered. Then COVID-19 hit us with yet another roadblock. So many times I wanted to throw in the towel and succumb to the struggles of life, but I remembered that my children were my purpose and I wanted to leave a legacy for them, said the humanitarian, who continue to give back to families in her homeland.

The family-owned company that also build low-income housing in NYC, prides itself on being a small business with many accomplishments.
She is proud to be a (MWBE) NYC Minority & Woman Business Enterprise in the construction industry, noting that her eldest daughter Jasmine, 21, a recent university graduate has taken on the lead role in the company, following in her mother’s footsteps. Latchana’s sister, Tina has also managed the company over the last four years.
“I can truly say that as women, we are well respected by the men in our field because we had to push through and be tough and knowledgeable. I want to encourage all women, to use my story- where I had to not only be jack of all trades but master of all trades, a mother, wife, caretaker, and boss, and still make it home in time to prepare dinner.”
“You can do it! We are biologically equipped to multitask and to rise to the challenges of life. As my husband would say, women are the only creatures on earth that would bleed for 5 days and not die. Stay vigilant, stay empowered and stay true to your purpose, encouraged Latchana, a remarkable Guyanese woman. (Tangerine Clarke, Caribbean Life).

Sun Oct 31 , 2021
Support Village Voice News With a Donation of Your Choice. Here are 12 science-based health benefits of cinnamon tea 1. Loaded with antioxidants- Cinnamon is one of the spices richest in antioxidants. Cinnamon tea may increase your body’s ability to fight off free radicals, keeping you healthy and protecting you from disease. 2. Lowers inflammation and may improve heart health- […] 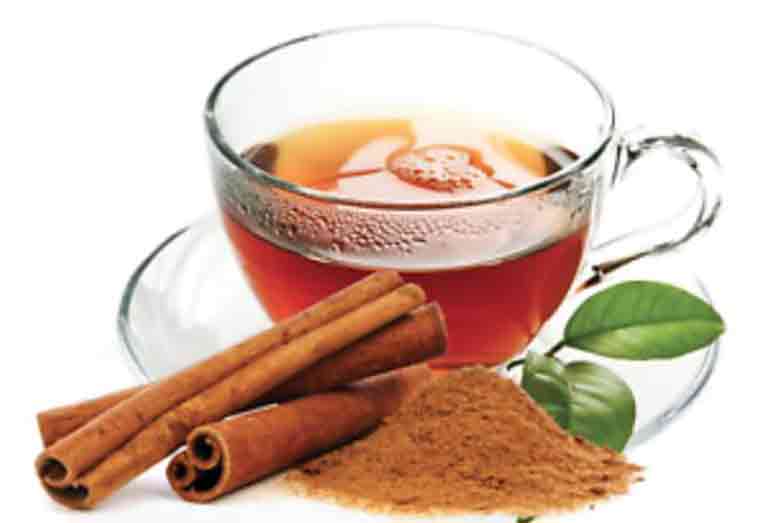