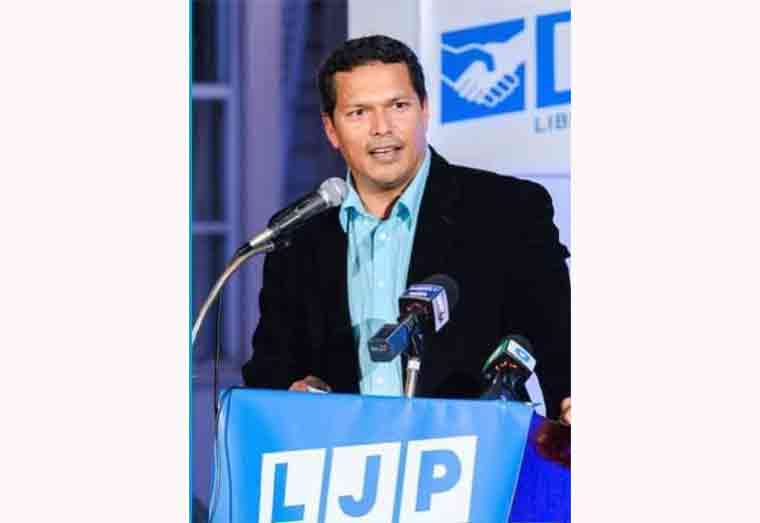 Deputy Speaker and leader of the Liberty and Justice Party, Lenox Shuman has called on President Irfaan Ali to move swiftly to appoint a substantive chancellor of the Judiciary and chief justice.
Shuman also called for the appointment of the commissioner of police and chief-of-staff of the Guyana Defence Force.

Below is Shuman’s letter to President Ali

Appointment of Chancellor, Chief Justice, Commissioner of Police, and Chief of Staff

I bring to your attention the concerns at the weakened state of the Judicial Arm of Government with hopes of persuading you to rectify them.

Currently there are four (4) critical acting appointments, namely, the Chief Justice (Ag), the Chancellor of the Judiciary (Ag), the Commissioner of Police (Ag), and the Chief of Staff (Ag).

Your administration marked the completion of its first year in office on 2 August 2021, and despite calls by the previous President of the Caribbean Court of Justice, Sir Dennis Byron, and the current President, Justice Adrian Saunders for the confirmation of Substantive appointments of the Chancellor of the Judiciary and Chief Justice made under the previous administration, there has been no movement on these critical appointments.

The Constitution of Guyana provides that the Court of Appeal shall consist of a Chancellor, Chief Justice and such number of Justice as shall be prescribed by Parliament. It also provides that the Judges of the High Court shall be the Chief Justice and such other Puisne Judges as may be prescribed by Parliament (Articles 124 and 125 of the Constitution). For about a decade and a half – since 2005 – the Judges holding the positions of Chancellor and Chief Justice have been acting in these positions.

The Constitution also provides that: “All courts and persons presiding over the courts shall exercise their functions independently of the control and direction of any other person and authority; and shall be free and independent from political, executive and any other form of direction and control” (Article 122 A (1) of the Constitution).

In November, 2017, Sir Dennis Byron, the President of the Caribbean Court of Justice, at the 37th Annual Bar Dinner held at the Pegasus Hotel, called for the confirmation of the acting appointments of the Chancellor and Chief Justice. Sir Dennis said: “This situation has moved well beyond what ought to be acceptable in a modern democracy where respect for the rule of law is maintained. The constitution envisages the judiciary of Guyana to be headed by officials who are substantively appointed and enjoy all the legal and institutional mechanisms to secure their tenure. Anything otherwise is, to my mind, a violation of the spirit and intent of the constitution.”  (Guyana Chronicle of 14th November, 2017).

Having regard to the fact that Article 127(1) of the Constitution provides that “the Chancellor and the Chief Justice shall each be appointed by the President, acting after obtaining the agreement of the Leader of the Opposition,” I urge Your Excellency to urgently confer with the Leader of the Opposition with a view to securing his agreement for substantive appointments to these positions. The failure to rectify the omission to fill these positions with substantive appointments means the continuing “violation of the spirit and intent of the constitution.”

Norton sees himself as “front runner” for PNC/R leadership

Tue Oct 26 , 2021
Support Village Voice News With a Donation of Your Choice. …says he won’t need to ‘sling mud’ to turn out successful If he becomes PNC/R Leader, candidate Aubrey Norton said that he will return the Party’s focus to working ‘on the ground’, improve the level of Party members through education and training and transform the Party into a viable unit […] 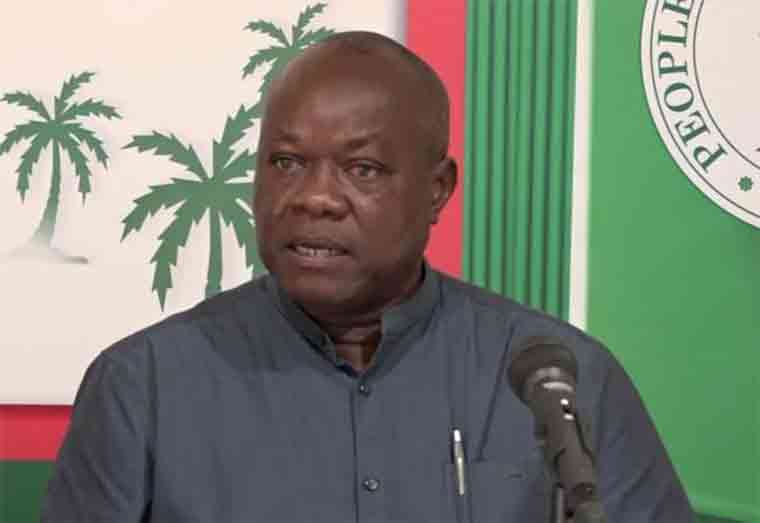