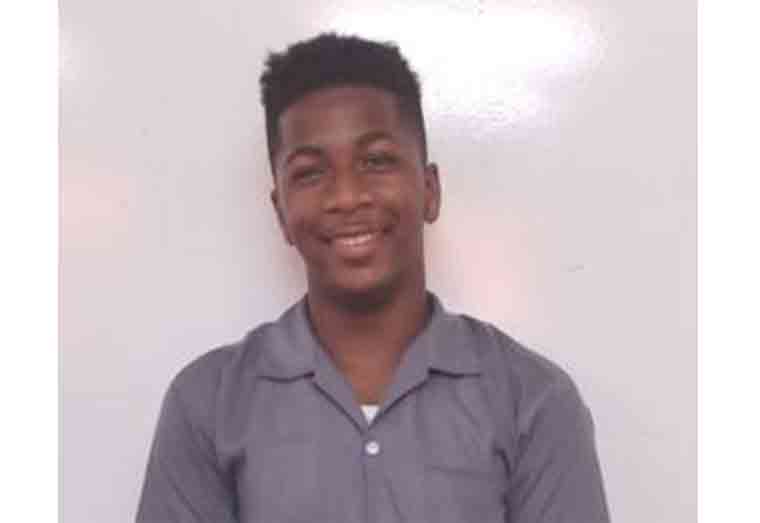 Growing up in Agricola – a community on the East Bank of Demerara scar by crime and violence – Trevon Narine was told that his life would not amount to anything, and when he landed a spot at the Houston Secondary School, for some, it was as though those thoughts were being cemented.

“Some people believe everyone who come from Agricola is a criminal but that’s not true,” the 17-year-old told Village Voice News as he recalled days when persons would clutch tightly to their bags after being told that he is from Agricola.

But though discriminated against one too many times, and treated as though he was a thief, Narine with the support of family, teachers and friends, studied assiduously to prove the cynics wrong. Last week, the 17-year-old future mechanical engineer emerged as the top student of the Houston Secondary School gaining three Grade Ones, three Grade Twos and one Grade Three at the Caribbean Secondary Education Certificate (CSEC) examinations.

“Some people think that nothing good comes out of Agricola but over the years we have seen teachers as well as hard working citizens coming from that same village. Today, I am also proving them wrong,” he told this newspaper.

Narine secured Grade Ones in English A, Agriculture Science and Industrial Technology, and Grade Twos in Social Studies, Human and Social Biology and Integrated Science. His lone Grade Three was in Mathematics.

He said despite the challenges of studying in a COVID-19 pandemic, he pushed himself to succeed. Narine, however, acknowledged that he could not have done without the support of his parents, teachers and even his classmates.

Currently he is studying Metal Engineering at the Guyana Industrial Technical Centre, and upon completion he will pursue Mechanical Engineering. Narine said he will stop at nothing to achieve his dreams. “Regardless of where you come from, you can achieve anything,” he said.

But while Narine had to ward off critics, who looked down on him because of the community he is from, for 16-year-old Renica Joseph it was not easy attending a highly stigmatized secondary school.

From the inception, Joseph was told that nothing good comes out of the Houston Secondary School.

“When I wrote National Grade Six Assessment, I got 408 and was placed at Dolphin Secondary, however, I was transferred to Houston Secondary. People said it was a cowboy school and nothing good don’t come out of the school but my brother-in-law, who attended this very school kept encouraging me,” Joseph said.

Five years after joining the school, Joseph, a resident of Mocha Arcadia, has emerged among the school’s top CSEC students. Notwithstanding having to travel to Sophia to access internet to attend

her virtual classes, whenever she experienced internet failure at her Mocha Arcadia home, Joseph secured Grade Twos in English A and Agriculture Science; Grade Threes in Family Resource Management, Food and Nutrient and Integrated Science; a Grade Four in Social Studies and a Grade Five in Mathematics.

Joseph said the fact that the school has moved from a community high to a secondary school is a clear indication that it is improving academically. She hopes that in the near future, subjects such as biology and chemistry would be taught at the school to allow for students to explore other career opportunities.

Currently, she is attending the Carnegie School of Home Economics where she is pursuing programmes in Household Management and Childcare Development. However, with the hope of becoming a teacher one day, Joseph plans to rewrite Maths at CSEC before pursuing a Degree in Education at the University of Guyana.

“When my parents heard that I got Houston, they were kind of disappointed,” another student, 16-year-old Princess Baboolall, told this newspaper. At the time, the school was dubbed an under performer but Baboolall believed that she had an equal opportunity as the students in higher secondary schools, to excel at CSEC.

“Over the years, I reminded myself that it doesn’t matter the school because it is the same curriculum, and once I put in the work I will succeed,” she told this newspaper.

At the 2021 CSEC Examinations, she wrote seven subjects, gaining Grade Threes in Mathematic, Social Studies, Building Technology, English A and Office Administration. “I passed all my subjects except Principles of Business,” she posited.

Baboolall said she was pleased to make her parents proud, and would like to encourage other children like herself not to be discourage because of the level of importance society assigns to the school in which they attend.

However, she admitted that succeeding at CSEC required dedication and support from both parents and teachers.

“It was quite hard but I had teachers who pushed me and motivated me, teachers like Miss Gentle. She reminded us to burn the midnight oil, so if it wasn’t for Miss Gentle I wouldn’t have had that motivation to burn that midnight oil,” Baboolall said.

She recalled attending English lessons on Saturday and Math lessons weekdays. One day, she hopes to become an accountant, and as such, she plans to attend the University of Guyana.

Johnaton Jairam’s situation though similar, was somewhat different. Jairam grew up with his four siblings and parents – his father a greens vendor and his mother a housewife. For his family, he is the first to have written CSEC.

Jairam said there were days his father barely made enough money to send him to school. When it was time to pay his exam fees, Jairam became worried that he too would not be able to write CSEC but his uncle, who lives overseas, intervened.

“At first, I hadn’t the money to write my subjects but I got help from my uncle overseas, and so I wrote five subjects,” he detailed.

The 17-year-old said unlike other children, due to the financial challenges that faced his parents, he was unable to attend lessons but he didn’t allow that to deter his spirit.

“My father was unable to send me to lessons and so I took it upon myself to study, work past papers, I watched youtube tutorials, and I am grateful with the marks I got,” he said.

Jairam said there were days he felt like giving up but he remembered his dream of being the first of five siblings to complete secondary school.

“Sometimes I felt like dropping out too but I didn’t let that feeling get the better of me, because I knew that I could have done it, so I focused, studied hard, and I am grateful.”

He secured Grade Twos in Family Resource Management and Integrated Science; Grade Threes in English A and Social Studies and a Grade 4 in Mathematic. He intends to rewrite Math.

Growing up Jairam hoped to become a doctor but cognizant of his financial circumstance he is hoping to become a Registered Nurse.

“I want to be a male nurse. I wanted to be a doctor but I can’t afford that so I took something similar because I want to work in the health field, and the nursing programme is free, so I don’t have to worry about paying tuition fees,” he explained.

Jairam wants persons to know that they should never give up on their dreams. “If you are poor, don’t have gave up on your dreams, keep working hard, studying hard, and you can do anything that you put your mind to do,” he said even as he expressed gratitude to his teachers for offering much needed support.

Meanwhile, 17-year-old Leon Johnson, a resident of Albouystown, was adjudged the most improved student at Houston Secondary, after copping the 5th position. Unlike Narine, Baboolall, Joseph and Jairam, Johnson was in a lower class with children deemed to be underperformers.

“I was in a class that everybody looked down on. Most of the students either dropped out or were kicked out,” he told this newspaper.

Johnson said he was later placed in another class with children who were deemed high performers.

“Going into their class, I know I had to live up to their expectations, they were very intelligent, they used big words, words I didn’t even think about using, and Ms. Gentle she was always there for me, she told me that I can do it despite what other people might think,” he said.

Johnson said he remained focus. At the 2021 CSEC Examinations, he gained Grade Threes in Social Studies, English A and Human and Social Biology and a Grade 4 in Math. For his success, he thanked his single parent mother, and the teachers at Houston Secondary.

He hopes one day to become an immigration officer, however, for now, he will be pursuing an Electrical Installation programme at the Government Technical Institute (GTI).

Johnson said he intends to confront his fears and would like others to do the same. “Don’t let your fear get the best of you because as a student of Houston Secondary, my class that I was in, students

would often laugh if you get a question wrong or you make a mistake and I let my fear get the best of me, I never put my hand up, I never answered any question because I feared that they might laugh and 95% of the students today, have that fear of failure, they don’t want to be laughed at, they don’t want to be a joke, you have to standup to fear,” he said.

Sun Oct 24 , 2021
Support Village Voice News With a Donation of Your Choice. (Barbados Today) In an about turn, Tradewind Voyages has cancelled its planned inaugural Caribbean cruise planned for the 2021 winter season. The announcement of the cancellation came on Friday, about two months after the cruise line announced that it would be sailing from November 11, 2021 to March 31, 2022 […] 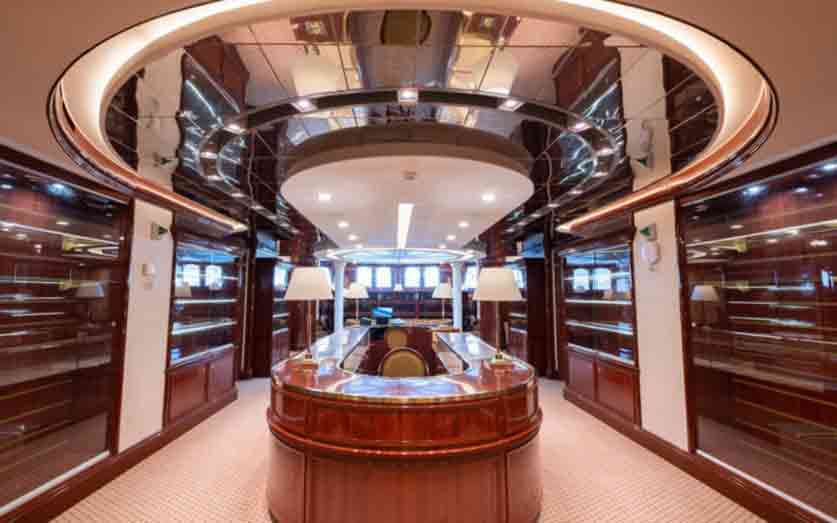