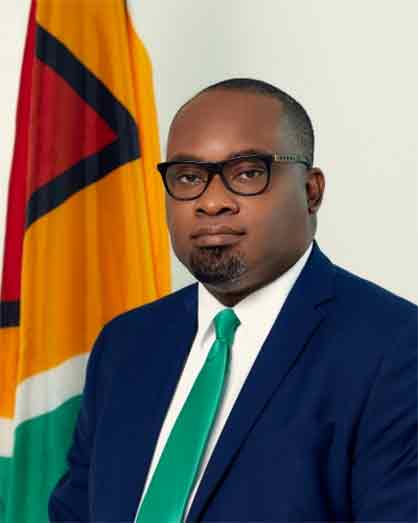 The High Court on Monday ruled that aspects of the Fiscal Management and Accountability (Amendment) Act of 2021 are unconstitutional and the budget of constitutional agencies must not be included in the Appropriation Act.
Opposition Member of Parliament, Ganesh Mahipaul together with a number of civil society representatives, had challenged the budgetary process employed by the Government.

Together with MP Mahipaul, the General Secretary of the Guyana Teachers’ Union (GTU), Coretta McDonald; the First Vice President of the Guyana Public Service Union, Dawn Gardener; Chairman of the Public Service Commission; Michael Somersall; Member of the Police Service Commission, Clinton Conway; and Chairman of the Teaching Service Commission, Allan Munroe had asked the High Court to determine whether the provisions of the Fiscal Management and Accountability (Amendment) Act of 2021 undermine the independence of the constitutional agencies. The High Court was also asked to determine whether the budgetary processed utilised in 2021 conflicted with the Constitution.

On Monday, October 11, High Court Judge, Justice Nareshwar Harnanan reportedly ruled that the budgetary process utilised by the People’s Progressive Party/Civic (PPP/C) Administration violated the Constitution. It was explained that constitutional agencies ought not to have been lumped with budgetary agencies as they constitute a direct charge upon the Consolidated Fund.

Senior Counsel Roysdale Forde, MP who was the lead attorney representing the applicants, said the court’s profound decision confirmed and vindicated the position of the APNU+AFC.

“The Court found that the budgetary process set out in the amendment to the Fiscal Management and Accountability Act of 2021 was in violation of the Constitution,” the Senior Counsel told Village Voice News.

According to Forde, the ruling is a clear indication that the Attorney General, Anil Nandlall is “incompetent” and “has provided poor advice” to the government.

The Attorney General, in a statement, said the High Court Judge in examining the amendments made in 2021 to the Fiscal Management and Accountability Act found that Section 7 of the Act, which lists the Constitutional Agencies as a Schedule to the legislation, thereby treating them as budgetary agencies, conflicts with the Constitution.

“In keeping with the independence of these agencies, the Court ruled that the budgetary proposals must be sent directly to the Minister of Finance where they are to be examined and approved by the Minister based upon the State’s affordability. Here, the Judge recommended discussions and dialogue,” the Attorney General said.

Nandlall confirmed that the Court ruled that the constitutional agencies’ budget should not be included in the Appropriation Act as they constitute a direct charge upon the Consolidated Fund.

Notably, he said the Court made no coercive orders against the State.

“Ultimately, the Court declared that there was absolutely no evidence of intrusion by the Executive into the realm of the Constitutional Agencies by virtue of sections 1-6 of the Fiscal Management and Accountability (Amendment) Act, 2021 and that those changes in the law were inspired by good intentions,” Nandlall said.

But Senior Counsel Forde said that at no point did the High Court Judge said that agencies’ budget should be approved by the Minister of Finance based on “the state’s affordability.”

According to him, the Court said the dialogue is necessary to determine the budgets of the constitutional agencies within a legal framework. “The court also said that the amended act of 2021 failed to satisfy the Constitutional requirements. The court never said it was inspired by good intention,” Forde maintained.

Tue Oct 12 , 2021
Support Village Voice News With a Donation of Your Choice. …says scheme owes them millions Dear Editor October 11, 2021 I went to the General Post Office to cash my National Insurance Scheme cheque for October 2021. I received a mental shock. Praise God I am not mentally lazy. A supervisor at the GPO informed me that her office stopped […]