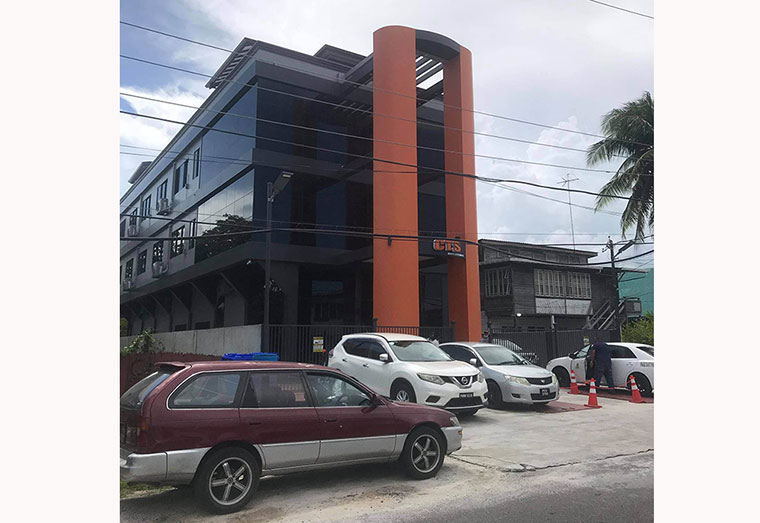 The Trade Union Recognition and Certification Board has derecognised the Guyana Bauxite and General Workers Union (GB&GWU) as the union representing the drivers at Cyril’s Transportation Service, who are attached to ExxonMobil Project but the Union’s General Secretary, Lincoln Lewis has vowed to challenge the decision of the Board.

In a letter addressed to Lewis on September 1, the Trade Union Recognition Board said the decision was arrived at in August. “After the deliberations, members unanimously determined that the Certificate of Recognition issued was not for the appropriate bargaining unit as the bargaining unit appearing on the certificate of recognition should have been described as ‘all drivers attached to the ExxonMobil Project,’” a section of the letter read.

The Board said due to the unanimous decision, the Certificate of Recognition issued to GB&GWU on February 2020 has been withdrawn. In letter on September 2, 2021, the GB&GWU General Secretary questioned the legality of the Board to withdraw the Certificate of Recognition. “Please let me know at your earliest convenience what section of the Trade Union Recognition Act you are relying on,” Lewis said in his letter to the Board. Though not offering specifics, the GB&GWU General Secretary, in an interview with Village Voice News, said he will challenge the Trade Recognition Board on the matter.

“We are prepared to challenge the decision of the Board,” he said.

He explained that the Union had applied to the Board for a Certificate of Recognition to represent the drivers at Cyril’s Transportation Service, who are attached to the ExxonMobil. He said as part of the process, a survey found that in excess of 60% of the drivers at Cyril’s were in favour of GB&GWU. “For you to get recognition, it requires 40% of the workers in the bargaining unit supporting the union; we got in excess of 60%.,” he detailed. In February 2020, a Certificate of Recognition was issued to the Union.

He said subsequently negotiations between the Union and Cyril’s Transportation Service commenced, however, upon the change in Government in August 2020, the transportation company started to question the Union’s Certificate of Recognition. “They were talking with the Union before but after the elections, they decided that they are not going to be talking directly to the Union anymore, they will be talking to talk to the Union through the Labour Department,” Lewis told Village Voice News.

Lewis also accused the Cyril of firing drivers who were members of the union. “The issue is that they have been firing people who are members of the union. They have been firing them since last year,” he contended. Subsequently, Cyril’s challenged the Union’s Certificate of Recognition at the level of the Trade Union Recognition and Certification Board. According to Lewis, the Board never approached the Union on the matter, and without any fair hearing, the Board issued GB&GWU with a letter indicating that its Certificate of Recognition has been withdrawn.

Sun Oct 3 , 2021
Support Village Voice News With a Donation of Your Choice. It is clear to me that the PPP government and party are in no mood to cooperate with the opposition on anything. They have used the nonsensical argument of the Opposition leader’s non-recognition of the president to justify their hardline position. In my view they are violating the constitution which […]