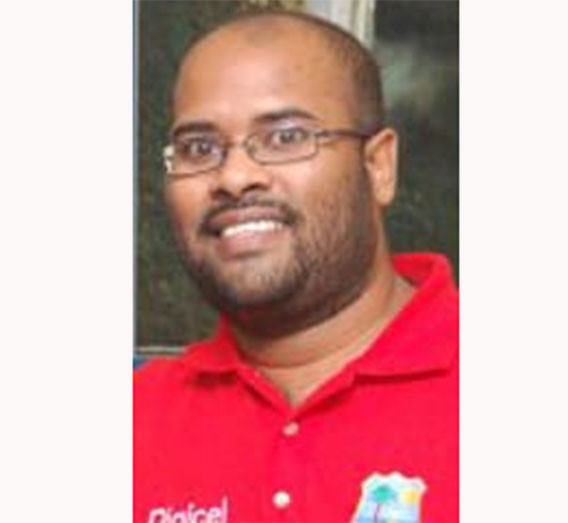 Regional cricket bodies have expressed shock at the sudden passing of communication specialist Imran Khan..
Below are the press statements from the WICB, GCB and WIPA

Cricket West Indies (CWI) today expressed its sincerest condolences to the wife and family of former CWI Manager of Marketing and Communications, Imran Khan, who passed away on Tuesday morning in his native Guyana. He first joined the then West Indies Cricket Board (WICB) as Media Officer for the West Indies Men’s Team, and performed the role with distinction for five years. He left to pursue other interests but rejoined the organization in 2012 in a management role.The West Indies Players’ Association (WIPA) expresses condolences at the passing of former West Indies Cricket Board (WICB) Communications Officer, Mr. Imran Khan.

CWI President Ricky Skerritt paid tribute to Khan,
“Imran Khan is a former Senior Management Employee at Cricket West Indies. He loved cricket and he loved working with the Caribbean cricket media, who all highly regarded him and his work. I had the opportunity to work with Imran while I served as West Indies Team Manager, several years ago. I found Imran to be a skillful professional and an effective servant of West Indies cricket. He continued to be an ardent team supporter even after he left CWI to return home to his native Guyana. I’ve had the privilege of being in contact with him since; his advice and wisdom were always welcomed. On behalf of everyone at CWI, I wish to send our sincere condolences to his wife and family. May his soul rest in eternal peace.”

On his return to Guyana, Khan worked as the Director of the Department of Public Information. At the time of his passing he worked in the communications unit of the country’s opposition party. CWI extends its prayers and thoughts to his wife Tamara as she makes a full recovery

GCB Extends Condolence on the Passing of Imran Khan
The Guyana Cricket Board (GCB) has expressed sadness at the passing of Mr. Imran Khan reportedly from Covid-19.
Imran, a media professional, had previously served as the Media Liaison for Cable and Wireless from 2002 to 2004, the Media Manager of West Indies Cricket Board Inc. (WICB) from 2004 to 2007 and Head of Marketing and Communications for Stanford T20 Cricket from 2007 to 2009. Additionally, he served as the Corporate Communications Officer of WICB Inc. from 2010 to 2015.

From all reports, Imran brought high levels of commitment and expertise in the discharge of his duties in these positions and in so doing earned the respect and admiration of both his employers and colleagues.

The GCB takes the opportunity to once again urge all eligible persons to be fully vaccinated, as advised by the medical experts, in order to mitigate this deadly pandemic.

WIPA
Mr. Khan passed away after reportedly contracting COVID-19 and being admitted to the Intensive Care Unit (ICU) of the hospital at Liliendaal, Georgetown. Just days before, Khan posted to his social media account giving thanks to the many well-wishers for their prayers and support.

A native of Guyana, Mr. Khan served on the Guyana Cricket Board (GCB) and the then West Indies Cricket Board (WICB) as Communications Officer before venturing into politics. He held the position of Director of Guyana’s Department of Public Information until 2020. Upon his passing, Imran Khan was head of Communications for the A Partnership for National Unity (APNU) + Alliance for Change (AFC) Coalition Opposition and was a senior member of the AFC.

WIPA President and CEO, Wavell Hinds expressed, “It is with great regret that I learnt of the passing of Imran Khan, who has served West Indies cricket so well. I had the pleasure of being a part of the West Indies team while Imran served as media liaison for several home and away series, and his love and passion for West Indies Cricket was always evident in the way he carried out his duties. In fact, Imran’s contribution goes beyond his role as media liaison, as he was of great assistance to several players during his tenure. My sincere condolences to his family, friends, and the cricketing fraternity. May his soul rest in peace and light perpetually shine upon him.”

Wed Sep 29 , 2021
Support Village Voice News With a Donation of Your Choice. Dear Editor The Chairman and Board of Directors of Guyana Water Inc wish to categorically dismiss the untruths being circulated on social media regarding the resignation of members of the Board as well as the unlawful awarding of contracts. Neither the Chairman of the Board, Mr. Ramesh Dookhoo nor the […]