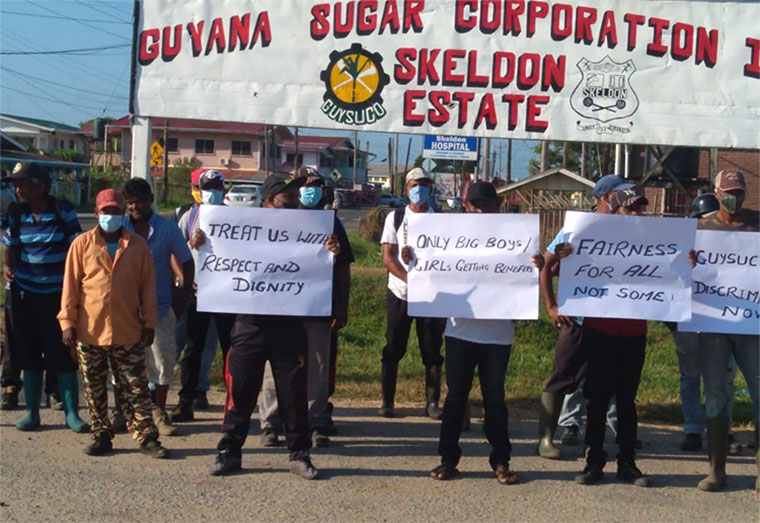 Several workers of Skeldon Estate supported by their union GAWU on Monday morning picketed outside of the estate calling on the GuySuCo to pay them gratuity as being done to other categories of staff. 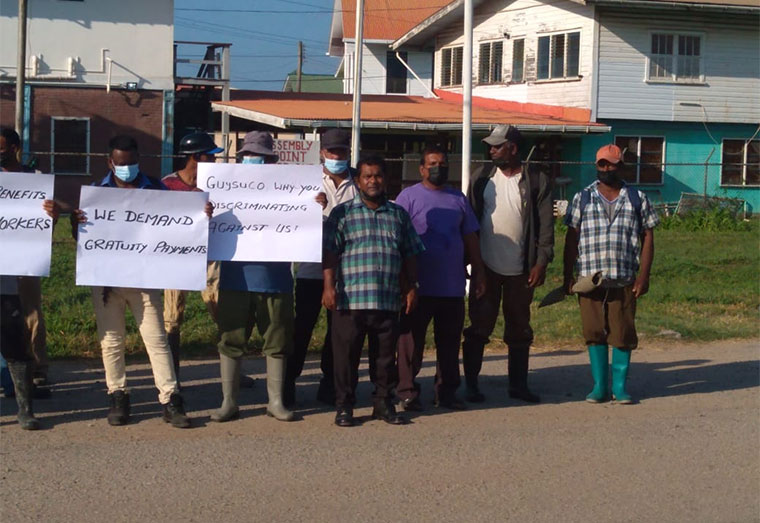 The workers are protesting a decision by the sugar company to pay gratuity to employees at the managerial, supervisory, and clerical levels while denying similar payments to workers employed in the field, factory, and allied areas. “The workers are at a loss for the Corporation’s decision for their exclusion. They charged that they, like the other benefitting groups, were offered fixed-term contracts and, therefore, see no reason for them not to benefit from the payments awarded to the other workers,” GAWU said in a press release.

GAWU said having learnt of the situation, addressed the matter with the GuySuCo Head Office. “Despite several rational arguments advanced, the sugar company by letter of September 23, 2021, said it could not agree to offer similar benefits to the workers. No reason or explanation was provided by the Corporation for its decision. The workers having learnt of the Corporation’s adamancy on the matter became deeply upset and felt cheated. They indicated to the GAWU they felt lesser to their colleagues at the other levels of the estate.”

In the meantime, the GAWU said it is advancing its representation and will seek the involvement of the Ministry of Labour through conciliation. The Union and the workers also urge the GuySuCo to soberly review its position and to treat all workers equally. Indeed, we believe given the relevant sections of the Prevention of Discrimination Act such call is not unfair or imprudent.

Mon Sep 27 , 2021
Support Village Voice News With a Donation of Your Choice. —GPHC assures ( GPHC press release) The Management of the Georgetown Public Hospital Corporation (GPHC) wishes to clarify that ANY patient who is seeking care within any of our facilities is NOT required to present proof of vaccination in order to enter the compounds. As stipulated by the Ministry of […] 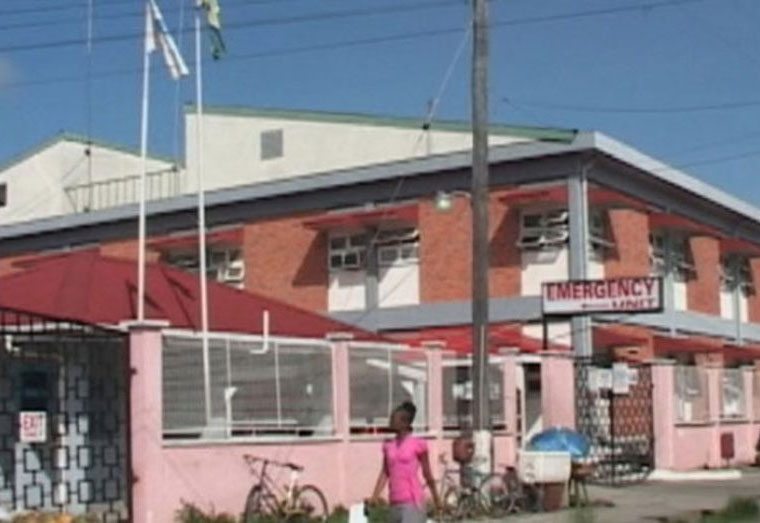