Although I have an abiding interest in law enforcement, I was tempted not to get involved in the confabulation related to the killing by the police of Orin Boston at Dartmouth, Essequibo. However, an article on the front page of the Stabroek News, September 21, 2021 under the caption, ” Police SOPs to be reviewed – Benn says during visit to Orin Baston’s family, ” titillated me to join in the conversation.

The article did not mention which SOPs will be reviewed. Let me be pellucid. There is no written SOP in place for the Police SWAT Squad. However, I wish to refer to a SOP which is extremely relevant to the investigation of the killing of Orin Boston. It should be the guiding principles for the investigators. It is a necessary guide to be used to decide whether or not the fatal shooting of Orin Boston by the police was justified. The SOP is entitled, ” When you may fire ” and it relates to the use of firearms by members of the Guyana Police Force. It was first published in the Police Force Orders 33/69 and then enshrined in the Police Standing Orders No. 18 paragraph 31. The Force saw it necessary to republish this extremely important Police Force Orders on numerous occasions. Here it is.:

(1) When you are attacked and you apprehend serious danger to your person and that you are unable to defend yourself by any other means. (2) When property you are ordered to defend is attacked and you are unable to safeguard it by any other means. (3) When an attack is made to rescue persons in lawful custody. (4) When anyone is found committing or about to commit a felony, burglary, store breaking, house breaking, and does not desist after warning and cannot be deterred or arrested by any other means. (5) To prevent a Police Station or Police Outpost from being over-run. (6) When so ordered by a superior in rank.

These guiding principles have remained pristine for over 52 years. It is apposite for me to mention that a Police Standing Orders Review Team commissioned by Commissioner of Police, Leslie James DSS, DSM and led by the astute Paul Slowe which included myself and other senior retired police officers looked at international best practices, reviewed the Police Standing Order in question and submitted it to the Police for possible implementation. Unfortunately, the police did not adopt it. Instead, for our excellent review we were rewarded with a phantom charge.

I understand that the Office of Professional Responsibility is investigating the killing of Orin Boston. I hope that among other things they will be guided by ” When you may fire. ” On the other side of the coin I have not heard anything from The Police Complaints Authority in relation to the supervision of the investigation. Perhaps, the Authority is quietly investigating. Section 14 (1) of the Police Complaints Authority Act Chapter 17:02 empowers the Authority thus, ” The Authority shall supervise the investigation of every complaint or information of the nature referred to in section12. ” Section 12 states, ” This part shall apply in relation to any complaint or information that any member of the Force has unlawfull caused the death of any person or has committed any offence referred to in section 48, 49, or 50, section 55 read with section 56, or section 57 of the Criminal Law (Offences) Act or such other offence as may be specified by the Minister by order. ”

I am confident that the Authority will conduct an impartial investigation like it did a few years ago after the unlawful killing of Lallbachan whilst in custody at Suddie Police Station, lock ups, Essequibo Coast. In its report the Authority hammered policemen and women involved from top to bottom and slammed senior officers who attempted to cover up the various elements of the crime and serious breaches of discipline that flowed.

Sun Sep 26 , 2021
Support Village Voice News With a Donation of Your Choice. —Dartmouth residents chant slain businessman laid to rest …hundreds pay homage; no one has been charged By Svetlana Marshall Dartmouth residents on Friday buried their dead as calls ring out for justice more than a week after businessman, Orin Boston shot dead in his bed by members of the Guyana […] 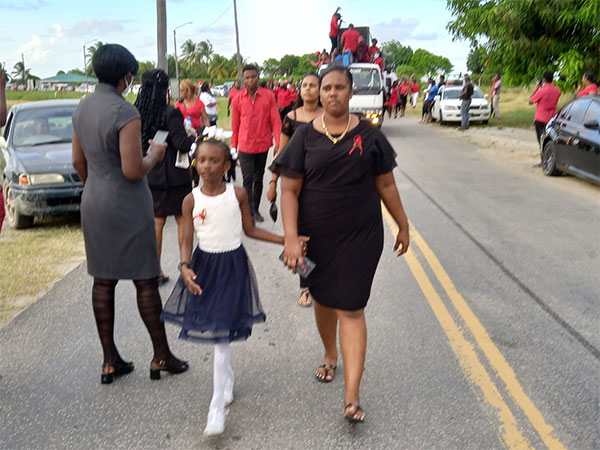