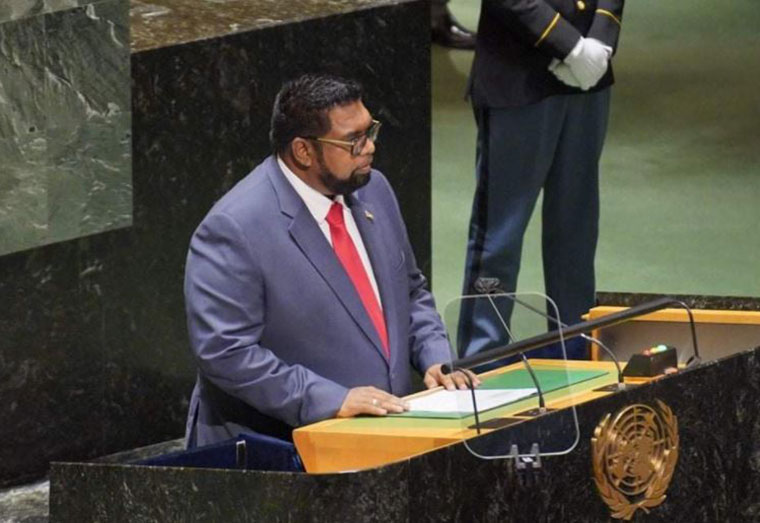 Warning that the recovery of economies in poor and developing nations would be painfully elongated and slow unless there is international support, President Irfaan Ali, in his address at the 76th Session of the General Assembly of the United Nations, said such support is necessary to place countries, hard-hit by the COVID-19 pandemic, back on the path towards achieving the 2030 Sustainable Development Goals (SDGs).

Painting a vivid picture of the situation, he told the world leaders on Thursday that the COVID-19 pandemic has stomped across the globe, taking lives, wreaking livelihoods, and paralyzing economies.

The Guyanese Head of State said the pandemic has exposed the shortcomings of the international system.

“It has revealed that the system continues to be undergirded by nationalism which remains the prevailing force. After all these 76 years, since the founding of the United Nations, it is not the collective well-being of our one planet and our one humanity which motivates us; it is selfish national interests that drive us,” he posited.

However, he said as world leaders, they must create conditions that will ease fear, erase doubt, and give hope to citizens across the globe. Economic recovery, President Ali said, is essential to returning developing countries to the path of attaining the SDGs.

“But such recovery will be painfully elongated and slow unless there is international support in the form of debt rescheduling, debt service moratoriums, provision of soft resources to reboot economies,” the Guyanese Head of State said while renewing his Government’s call for increased resources to be made available to States on the basis of their vulnerabilities and not only based on “the misleading measure of per capita income.”

He warned that if these essential measures are not implemented, growth in developing countries will not be restored nor will economic and social policies be realigned along the path set out in Agenda 2030.

“The repercussions will be felt by the rich nations because developing countries are markets for the goods and services of the industrialized nations and the source of their raw materials.  Poor countries cannot buy unless they have the means, and they cannot produce unless they have the capacity,” he further warned.

“Our world will become a damaged place, reversed to an age of avarice, conflict and plunder. Surely, such a world – that now looms on the horizon – is one that all leaders should work to avert, and, instead, focus their attention on advancing the progress of our one humanity in cooperation and mutual benefit. Surely, that is the world we all want,” President Ali added.

President Ali was among world leaders who addressed the 76th Session of the General Assembly of the United Nations on Thursday at the UN Headquarters in New York. The high-level forum is being held under theme “Building resilience through hope – to recover from COVID-19, rebuild sustainability, respond to the needs of the planet, respect the rights of people, and revitalize the United Nations”.

Thu Sep 23 , 2021
Support Village Voice News With a Donation of Your Choice. …as Covid spreads many schools still awaiting sanitisers, other amenities The South Rupununi District Council (SRDC) has registered its concerns over the rising cases of Covid-19 at the Aishalton Primary School. In a statement the council also expressed concerns about the reopening of schools, especially in the South Rupununi. “The […] 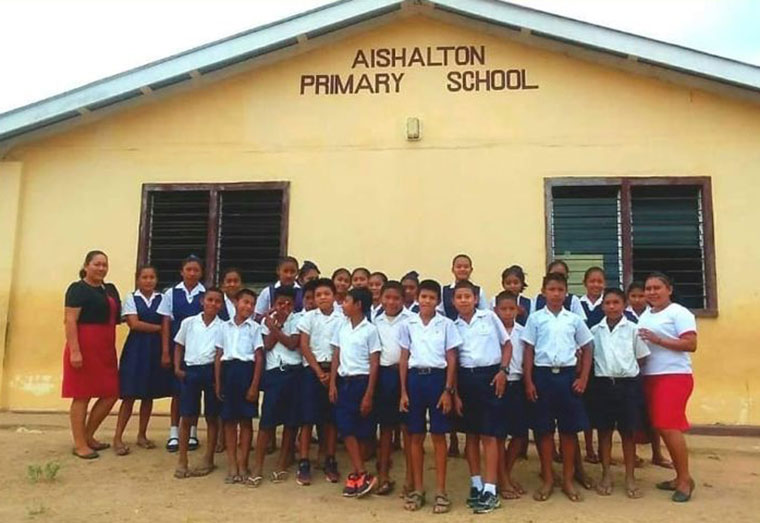