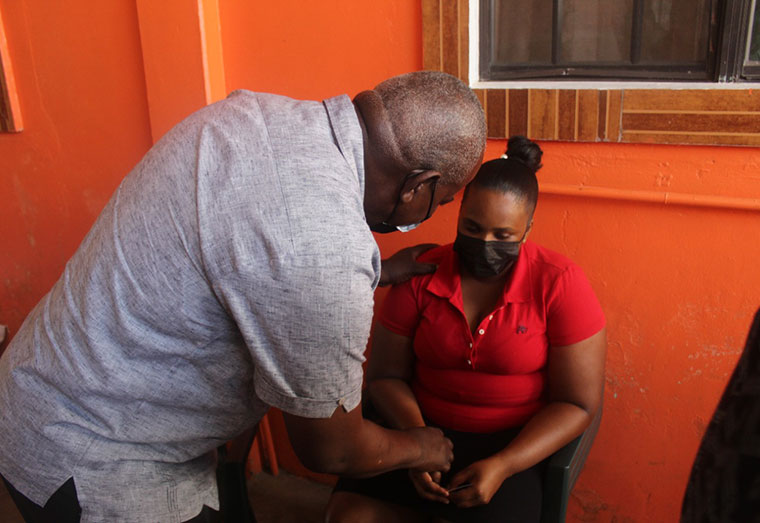 Boston – a father of two – was shot dead in his Dartmouth, Essequibo home last Wednesday by a member of the Special Weapons and Tactics (SWAT) Unit during an anti-crime operation. According to the autopsy report, the 29-year-old man died from shock and haemorrhage due to gunshot injuries to the chest. A single warhead was extracted from his body and was handed over to the police.  No illegal item was found in his home.

On Monday, Minister Benn and a team of Senior Officials from Region Two visited the home of Boston.  During his interaction with the relatives of the now dead man, Minister Benn expressed his personal disappointment at the tragic event that transpired. He assured the family that the government is committed to having an impartial investigation done to get to the bottom of the incident.

Boston’s father during his emotional interaction with the Home Minister, expressed his profound grief at the passing of his son and promised that he will hold the peace until justice is served.

The family members asked for a speedy investigation, so that they can ascertain the motive behind the incident. They are also seeking closure. The family further asked that the Guyana Police Force employ more training sessions for ranks, so as to avoid any such reoccurrence.

Following the visit to the home of Mr. Boston, Minister Benn held a meeting with Senior Officials from the region where he urged the Police Commander of the Division, Superintendent Denise Griffith along with the Regional Chairman and Vice Chairman to provide support and counselling for the family and relatives of Mr. Boston.

Minister Benn assured the family and relatives of Mr. Boston that all efforts will be made to ensure this tragedy is thoroughly investigated.

Minister Benn said he will ensure that there is a review of the SOPs of the GPF.

According to Minister Benn, “police killing should never occur only in extreme circumstances where a police life is in danger or in a bid to save civilian lives”.

“Our method should only occur as a process of lawful approaches,” he added.

Before departing the Cinderella County, Minister Robeson Benn also use the Opportunity to visit the New Opportunity Corps where he toured the facility and its surroundings.

Tue Sep 21 , 2021
Support Village Voice News With a Donation of Your Choice. In the process of arresting suspected robbers, a police officer and a suspect were both shot in their thighs on Tuesday morning after a scuffle ensued between the two and the suspect grabbed the officer’s gun. The incident took place at Leopold Street, Werk-en-Rust, Georgetown at about 10:35 hours. A […] 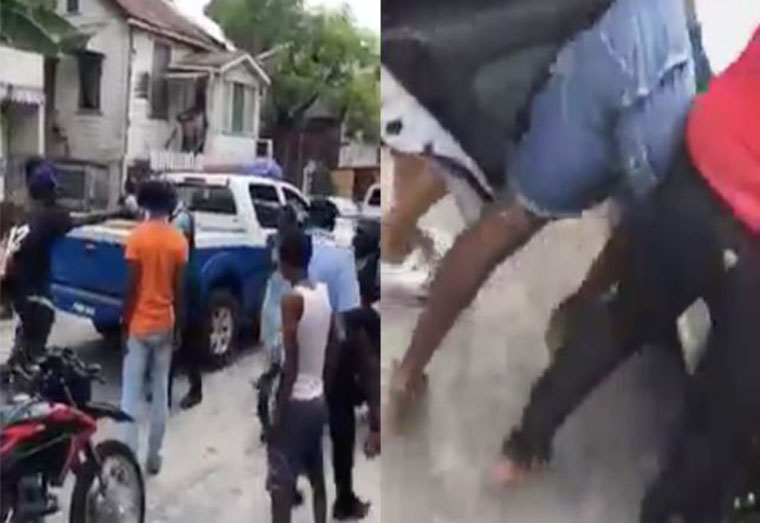