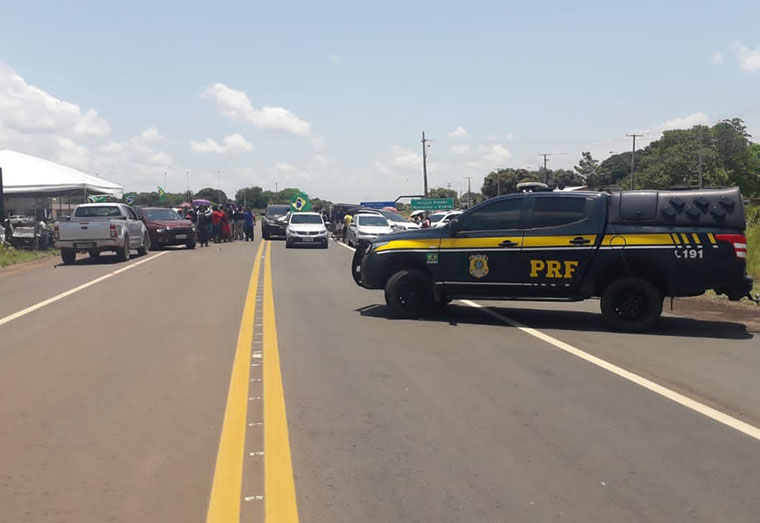 The price of various commodities including cooking gas have since skyrocketed at the town of Lethem near the Brazilian border even as high level visit to the neighbouring state by two Guyanese government officials on Friday yielded no result.

In recent days, Brazilian traders have blocked the border as they cited discrimination since they are not allowed to cross into Lethem to do business as their Guyanese counterparts would do once per week.

Reports in the Brazilian press are that Minister of Health Dr Frank Anthony and Minister of Finance, Dr Ashni Singh visited the neighbouring town of Boa Vista to meet with officials including Governor Antonio Denanrium at the Palacio Helio Campos. The two teams deliberated on the issue among others but according to reports in the Brazilian press, the talks accomplished nothing but rather , further escalated the protest action as the Brazilians vow to block the border crossing until their demands are met.

The two ministers told the Brazilians that the border cannot be reopened beyond the current arrangement citing the deadly Delta variant of the Coronavirus as the basis for their concerns. The Brazilian officials are pushing for the border to be reopened to three days per week instead of the sole Thursday opening which has been in place since the pandemic loomed last March.

BonFim Mayor Joner Chagas told the Brazilian press that the meeting bore no fruit. He explained that the law provides for entry by Guyanese who reside in Brazil. The law does not apply for the contrary. The mayor presented a proposal for the border to be reopened on Friday and Saturdays but this was shut down by the Guyanese government officials.

Joner said he also explained that only vaccinated Brazilians would be allowed to cross the border as well as placement of a vaccination point at the entry point at the border. Minister Anthony told the Brazilians that the Government of Guyana wants a quick reopening of the border but he insisted that it should be done when there are protocols which ensure the movement of people is safe.

Since the pandemic , the border was closed to all movement but was subsequently reopened to movement only on Thursday. As such, over the past several months, goods have been allowed to pass into Lethem from the other side however, the same police does not exist and this has led to the current situation. Since last week, Brazilian businessmen have blocked the main access road leading to the Takutu Bridge.

The situation has resulted in shortages of commodities in Lethem and according to reports, the price of cooking gas has since climbed to $8000 from $5000.. The protestors on the

ground has apparently gained support from officials on that side as persons at Lethem noted that the situation can be amicably resolved.

The border was closed last March after the number of COVID-19 cases on both sides skyrocketed. Persons found their way across the border by illegal crossings; some have been caught and charged with smuggling.

Reports from Lethem are that the economy in the town has been at a standstill ever since and many believe only the bigger businesses are able to benefit from the one-day per week arrangement which is currently in place.

Sat Sep 18 , 2021
Support Village Voice News With a Donation of Your Choice. …committee to be established to organise event In the coming days, the Central Executive Committee (CEC) of the People’s National Congress Reform (PNCR) will establish a special committee to plan its highly anticipated Biennial Congress now that a strict timeframe has been agreed upon. During a press conference on Friday, […]