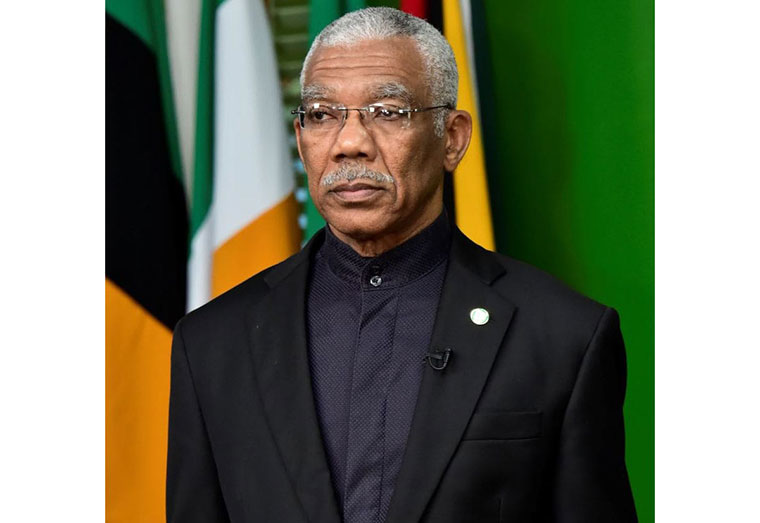 Former President David Granger has warned against the temptation to barter the sovereignty of Guyana’s hinterland New River District in exchange for favourable commercial concessions with Suriname on the coastland.
He also questioned the effectiveness of the Guyana-Suriname Border Commissions with nothing to show after 32 years.

Appearing on his weekly programme – The Public Interest – on Friday, Mr. Granger said that the Suriname Government announced only last month that it was now seeking “a sustainable solution” to the New River District question after its strategy of use of force failed and decades of diplomatic negativity have been exhausted.
According to a release by the PNCR, Granger believes that Suriname fed its citizens a fictitious fable which the entire world has rejected but is still being raised, decades later, to obstruct any venture from fishing licences to functional cooperation.

According to Mr. Granger, the Suriname Government must first recognise Guyana’s sovereignty over the New River District so that commercial and industrial development could be undertaken elsewhere. He said that, until that happens, no amount of presidential summits or mixed commissions will solve the longstanding territorial question while diplomats and bureaucrats frustrate agreements of any sort.

The Former President noted that several Surinamese commercial enterprises have flooded Guyana’s economy but Guyanese businesses, even at the level of fishers and traders, face obstacles and harassment at every turn.
Granger also warned Guyanese officials and diplomats not to be seduced into bargaining or bartering the sovereignty of the New River District. He explained that the only “sustainable solution” is for Suriname to accept that the New River belongs to Guyana in perpetuity and that Guyanese citizens and officials at all levels are to be treated with respect for there to be cordial relations between the two countries.

Only last week Granger had cautioned against expectations over recent engagements between Guyana’s President Irfaan Ali and his Surinamese counterpart Chandrikapersad Santokhi.

He said then that it was easy to underestimate the complex character of over five decades of interaction between the two neighbours. Referring to the exchange of official visits by the Presidents of Guyana and Suriname in November 2020 and August 2021, respectively, he said that friendly visits were necessary but not sufficient to transform inter-state relations.

Granger noted, that the two new Presidents brought vastly different experiences to their offices. Mr Santokhi, 62 years old, is a trained Police Officer who, as Commissioner of Police and Minister of Justice, interacted with Guyana’s Clement Rohee as Minister of Home Affairs. Mr. Santokhi, nicknamed ‘Sheriff’ by President Dési Bouterse, for his efforts to suppress narco-trafficking and the contraband trade across the Corentyne River which contrasted with the PPP administration’s tolerance for ‘back-tracking’.

Surinamese officials and politicians still lament the Guyana Defence Force’s military operation to defend the New River Zone against Surinamese occupation of ‘Camp Tigri’ on Guyana’s territory in August 1969. Additionally, Mr. Granger said that the PPP administration’s experiences with the expulsion of the CGX petroleum platform from Guyana’s waters in June 2000 and the occasional seizure and harassment of fishing boats over the years still hold sober lessons for diplomats.

Mr. Granger advised that a professional foreign service was needed to deal with a neighbour like Suriname and Guyana’s policy should not be based on wishful thinking.

Mon Sep 13 , 2021
Support Village Voice News With a Donation of Your Choice. … among top six in vaccination drive Guyana is among the top six CARICOM countries with the highest COVID-19 vaccination rate for both those partially and fully vaccinated. However, this is contrasted with the fact that the country also has the fourth-highest number of COVID-19 cases recorded and the fourth-highest […] 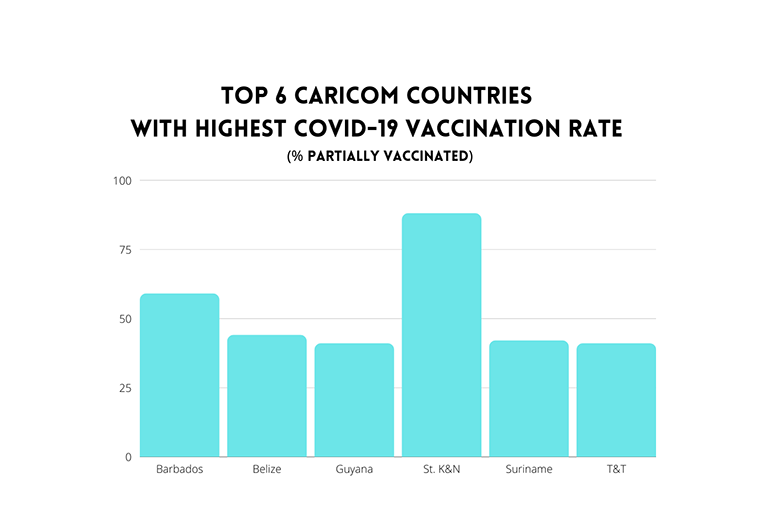