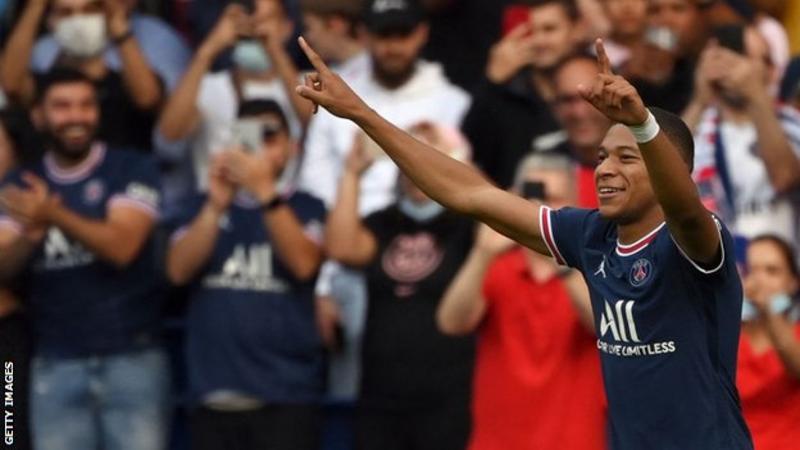 (BBC SPORT) Paris St-Germain made it five wins out of five in Ligue 1 this season as Ander Herrera’s double helped them to an emphatic home win over Clermont.

PSG were without both Lionel Messi and Neymar following their late return from international duty but were still way too good for their opponents.

Herrera struck twice in the first half to put the home side in control.

Kylian Mbappe slotted in a coolly taken third before Idrissa Gueye rounded off the rout with a header.

PSG, who travel to Club Bruges for their Champions League opener on Wednesday, lead the table with 15 points.

Clermont had begun this season – their first in the French top flight – impressively, but their first defeat leaves them third on eight points.

The visitors began reasonably well, but the writing was on the wall when Herrera followed up his headed opener with a decisive finish from close range.

Mbappe made sure of the win and Gueye added the icing to the cake for a star-studded PSG side that included a debut for Italian Euro 2020-winning goalkeeper Gianluigi Donnarumma.

Sun Sep 12 , 2021
Support Village Voice News With a Donation of Your Choice. (BBC SPORT) Cristiano Ronaldo scored twice on his return to Manchester United as the hosts eventually cruised to victory against Newcastle United and delighted a packed Old Trafford.  Cheered from the moment he left the team coach on its arrival at the ground, throughout the warm-up and then once the […] 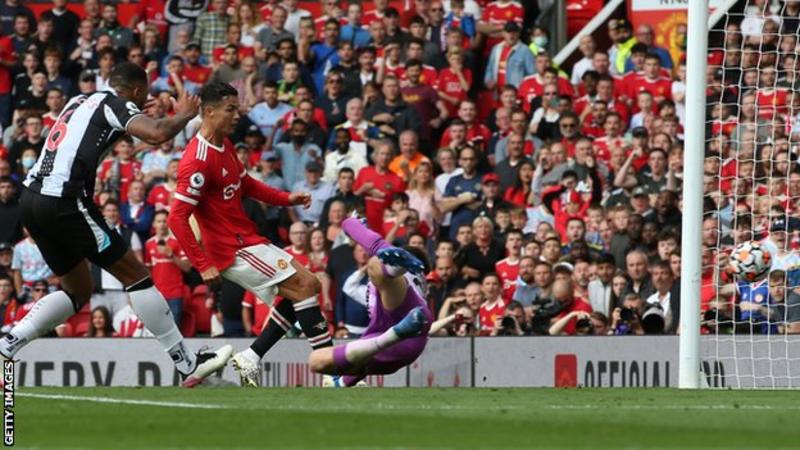