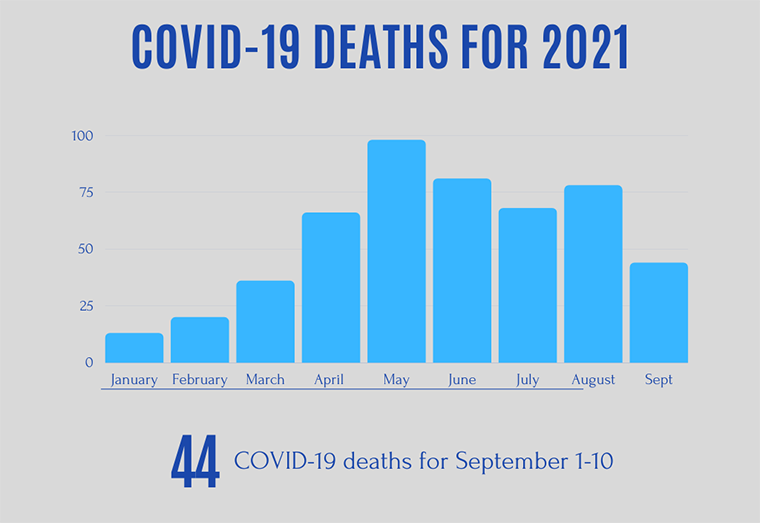 Meanwhile, 29 persons died in the next 7 days between September 4-10. There were multiple deaths on several days between this period with the lowest occurring on September 8 at two deaths and the highest on September 5 and 7 with six deaths each.

CRIME, COVID AND COST OF LIVING

Sun Sep 12 , 2021
Support Village Voice News With a Donation of Your Choice. — Citizens reeling from effects of pandemic   — householders, vendors cry out for help as food prices spike  — Opposition intensifies calls for additional financial relief   By Svetlana Marshall  Advertisement With the cost of living steadily increasing in Guyana amid the growing the COVID-19 pandemic, acting Leader of the Opposition, […]