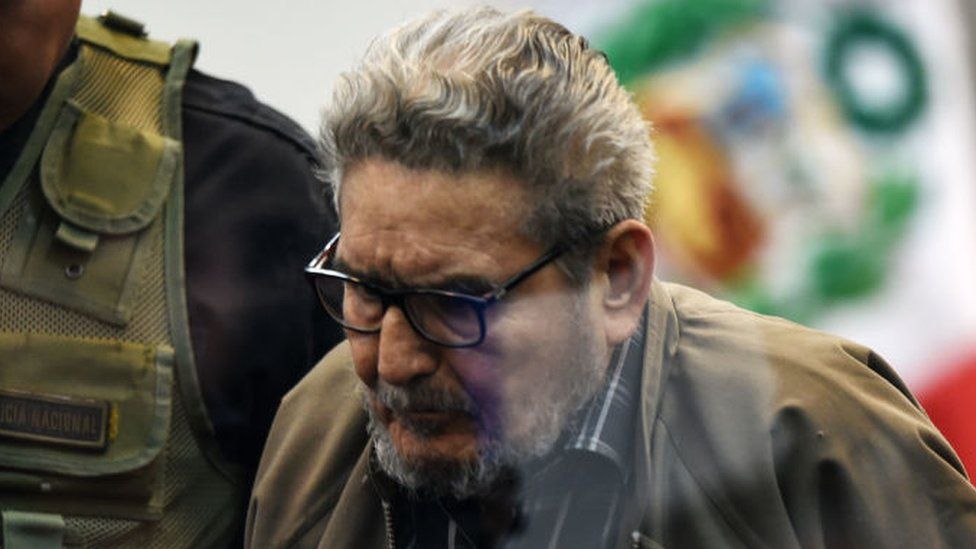 The leader and founder of Peru’s Shining Path rebel group, Abimael Guzmán, has died at the age of 86.

A former philosophy professor, he had been serving a life sentence for terrorism and treason since 1992.

In July he suffered health problems and was transferred from a maximum security prison to a hospital.

Almost 70,000 people died or disappeared in more than a decade of conflict between the Maoist guerrilla group and the Peruvian state.

Guzmán’s arrest hit the group hard, but a few of its members are still active in the coca-producing region.

Guerrilla in the making

Abimael Guzmán was born on Peru’s southern coast near the town of Mollendo in December 1934 to a wealthy merchant who raised him after Guzmán’s mother died.

The future rebel leader had a privileged upbringing. He attended a private Catholic secondary school and later the university in Arequipa, where one of his dissertations was on German philosopher Immanuel Kant.

While at university he became interested in Marxism. By 1962 he had earned a place as professor of philosophy at San Cristóbal of Huamanga National University in the central city of Ayacucho.

During a trip to China in 1965 Guzmán was inspired by Communist leader Mao Zedong and upon his return to Peru he encouraged like-minded academics to join him at the university in Ayacucho.

In 1969, he and 11 others founded the Shining Path – Sendero Luminoso in Spanish. The name was chosen as a nod to Peruvian communist José Carlos Mariátegui who said that “Marxism-Leninism is the shining path of the future”.

Militant group founded in the late 1960s by former university philosophy professor Abimael Guzmán
Becomes a guerrilla group in the 1980s and wages a bloody insurgency against the Peruvian government
Almost brings the Peruvian state to its knees in the 1980s with its estimated membership of 10,000
Almost 70,000 people die or disappear in more than a decade of internal conflict
Guzmán and his partner, Elena Iparraguirre, are arrested in 1992 and sentenced to life in prison by a secret military court
Their arrest is a heavy blow to the group, whose numbers dwindle to a few hundred in Peru’s coca-producing region

Inspired by Maoism, the guerrilla group tried to lead a “people’s war” to overthrow Peru’s “bourgeois democracy” and establish a communist state. An offshoot of the Communist Party of Peru, the group did not engage in armed struggle at first.

Kicking off a brutal conflict

The turning point came in 1980 when the military, which had been ruling Peru for 12 years, allowed democratic elections to be held.

The Shining Path not only boycotted the election but actively disrupted it by burning ballot boxes in Ayacucho. The guerrilla group’s aim was to establish a communist state and therefore it was not interested in democratic polls. Instead the group imposed its ruthless rule on the rural areas it seized, killing villagers suspected of siding with the government. It also spread fear through show trials and public executions. The assassinations and car bombings which its members carried out in the following years almost brought the government to its knees.

The government imposed a state of emergency in the highlands and armed local militias known as rondas to fight back.

The atrocities committed by the military in its fight against the rebels drove some people, especially in rural areas, to side with the Shining Path.

But the Shining Path’s brutal enforcement of its rules and the show trials and executions did much to undermine the support of those who may have at first been sympathetic with the group’s goals.

One of the deadliest incidents happened in 1983 when in and around the area of Santiago de Lucanamarca 69 locals were killed with axes, machetes and guns in retaliation for the earlier killing of a Shining Path commander.

But the atrocities were not limited to rural areas. In 1992, two truck bombs detonated by the Shining Path in Lima’s Miraflores district killed 25 and injured 155 more.

The insurgency effectively came to an end in September 1992, when Peruvian intelligence finally captured Guzmán above a dance studio in Lima.

The authorities had long suspected rebels were hiding in apartments in the capital and became suspicious of one owned by ballerina Maritza Garrido Lecca.

Although she claimed to live alone, the apartment generated far too much rubbish for just one person.

Sun Sep 12 , 2021
Support Village Voice News With a Donation of Your Choice. (BBC) Relatives of people who died on 9/11 have read out victims’ names, as the US marks 20 years since the deadliest terror attacks on its soil. Many struggled to hold back tears at the ceremony held at Ground Zero, the site of the Twin Towers destroyed in the attacks […] 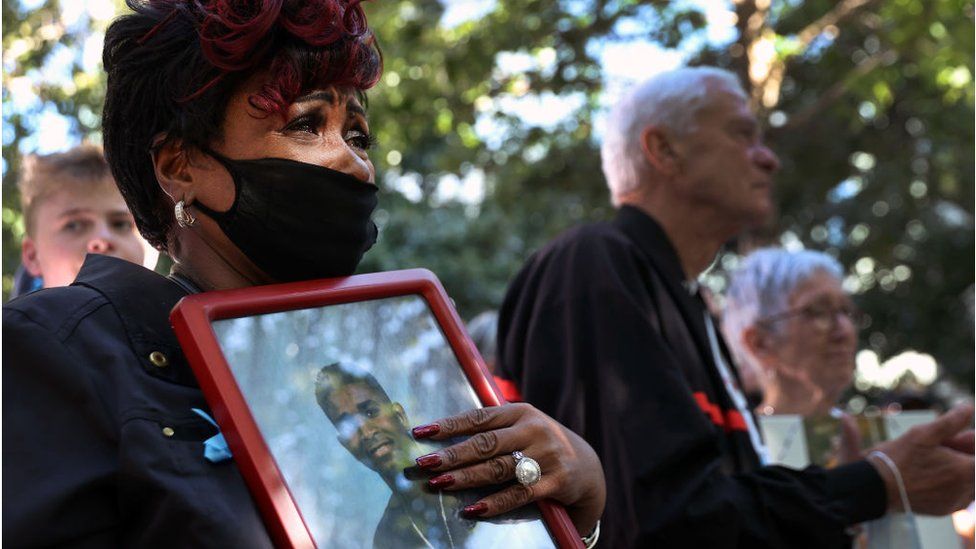