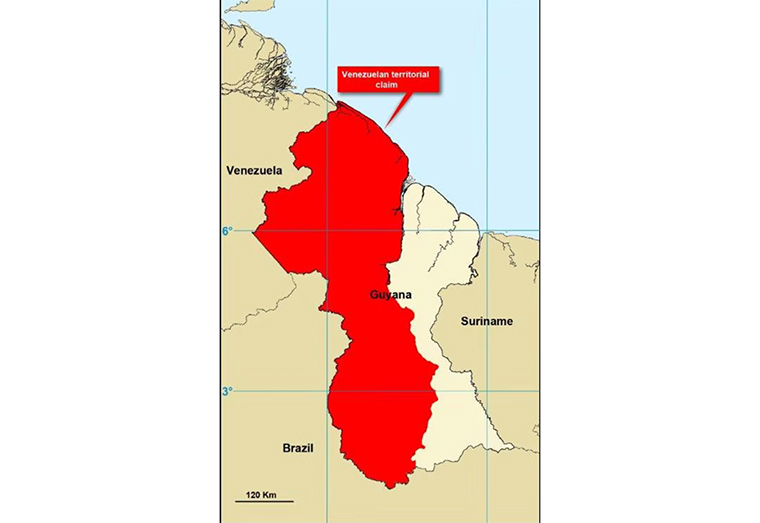 The Government of the Cooperative Republic of Guyana, on Wednesday, firmly rejected the agreement signed by the Heads of Delegation of the Bolivarian Republic of Venezuela and the Unity Platform of Venezuela, solidifying claims to Guyana’s territory, west of the Essequibo River.

The Government said, the agreement signed in Mexico City on September 6, 2021, is “an overt threat to the sovereignty and territorial integrity of Guyana.”

The agreement formed part of a move by Venezuela’s Government and Opposition to bring an end to the five-year political impasse and the nation’s economic crisis but the Guyanese Government said Guyana will not be used as an altar of sacrifice.

“Guyana cannot be used as an altar of sacrifice for settlement of Venezuela’s internal political differences. While the Government of Guyana welcomes domestic accord within Venezuela, an agreement defying international law and process is not a basis for mediating harmony,” the Government said.

In a joint statement issued by the Venezuelan Government and Opposition, the two sides reiterated that the International Court of Justice (ICJ) has no jurisdiction to adjudicate over the aged old controversy but Guyana rejected such contention.

“The controversy between Guyana and Venezuela is properly before the International Court of Justice and will remain there for peaceful resolution,” the government stated.

In March, 2018, the Guyana instituted proceedings against Venezuela with respect to the controversy surrounding the validity and binding effect of the 1899 Arbitral Award, which outlined the boundary against then British Guiana and Venezuela. The ICJ, upon assuming jurisdiction, set March 8, 2022 for the submission of Guyana’s Memorial, and March 8, 2023 for Venezuela’s Counter-Memorial.

Wed Sep 8 , 2021
Support Village Voice News With a Donation of Your Choice. Once again President Irfaan Ali has repeated his pre-condition for not meeting with the constitutionally elected Leader of the Opposition, Joseph Harmon to engage on matters that both, by constitutional mandate, should meet on.  In a government’s Department of Information, 7th September release, the President is quoted as saying “All […]