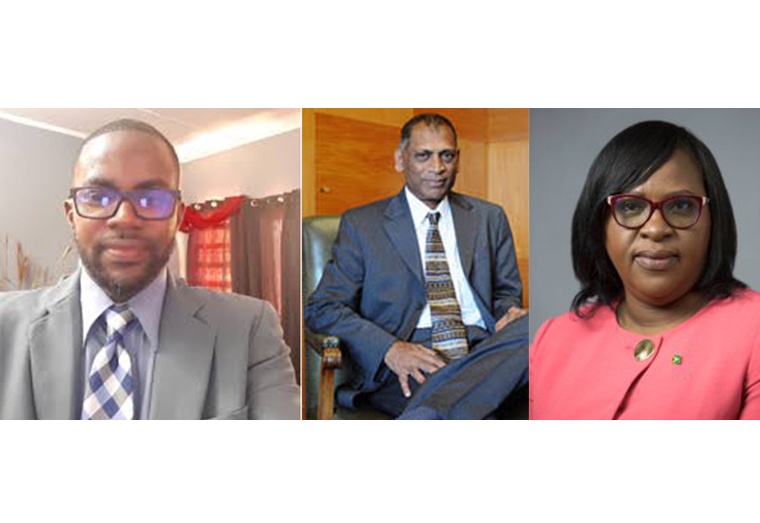 By Lisa Hamilton and Gabriella Chapman

The continued rise in COVID-19 cases and deaths in Guyana are putting citizens in a state of concern over the management of the pandemic by the relevant authorities, and to a lesser extent, the irresponsible behaviour of some citizens. Some believe that the continuous rise in cases is a direct consequence of sending positive patients home without evaluation.

This sentiment was expressed by several young professionals who are recovering patients of the dreaded virus.

One, who asked not  to be unnamed, told this publication that while home isolation may work for some, for others, sending them home may be a mistake that will spread the infectious disease even further.

In her case, she explained that she contracted the virus from a younger sibling who tested positive after school reopened for CSEC students, and was sent home. She said that with their living conditions it was nearly impossible not to have contact with the sibling. Even though the sibling would have on mask all through the days and nights, and even washing and sanitising ever so often, she and other members of the family still contracted the virus.

For her, she was asymptomatic, and wasn’t aware of her status, until someone at her workplace started exhibiting symptoms.

The young woman said this may be the case for many other patients who are being sent home and do not have the means to properly isolate from other members of the family. Taking her sibling to a facility until she recovers, she said, would have been the safer option for her family.

“Because what if one of our older relatives, like granny, or one with any underlying conditions would have contracted the virus? Then we probably would have been mourning today,” she posited.

Another young professional, said that some months ago she was experiencing symptoms and did the rapid antigen test. She discovered she was positive and was given medication for coughs and other symptoms and was sent home to isolate.

The young woman said that though she preferred to isolate at home rather than a facility, she believes that home isolation being the only option when tested positive is very problematic.

This is so because “the safety of the people then becomes purely dependent on people being responsible. This method would work in highly responsible societies, but I’m afraid we are not that kind of people in Guyana. I don’t know that they (the government) have the capacity to isolate everyone. But with their execution of the home isolation, there is no real control on whether I stay home or not. They are just checking in with a phone call, and everyone can say they are home, even when they are not. So I am really concerned about if all would have followed orders to stay home. I understand the reality that it is challenging for them and it will be difficult to isolate everyone. So one of the easiest ways to make it work and not put much strain on the resources would be to order home isolation. But it is not the most effective,” she stated.

Expressing similar sentiments, Telford Layne, another young professional who recovered from the virus, said that in his opinion, home isolation is not practical, because it is not being properly done.
“If you have a self-contained room that you alone can use, then sure it will work for you. But is that the case for every patient? Home isolation is a joke with the way it is being done, and of course you will see a spike in numbers, because it is absolutely being mismanaged,” he told this publication.

Evaluate those you sending

Adding her expert opinion, former minister and member of the former COVID-19 Task Force, Dr. Karen Cummings said that the relevant authorities should evaluate the persons they are sending home to isolate, at least to see what conditions they are living under.

“Persons tested positive have to be individualised and they have to be monitored. The government needs to provide active surveillance if they are to be sent home. But on the contrary, I believe instead of leaving them to go home, the government has to set up quarantine. We’re 10 Administrative regions, they have to tackle it at a regional level, have some place in each region to isolate patients. At the regional level it can be done, build the capacity in the regions. And the more severe cases, refer to the GPHC. Systems can be put in place to fight this. The health system has to be strengthened so the brunt wouldn’t be in region four,” Dr. Cummings advised.

She also expressed her worry over the deaths and skyrocketing cases.

This she said, is as a result of the current Task Force lack of a guided, robust plan to battle the virus.

The former Task Force, she said, had a comprehensive plan that involved all the stakeholders.
“But not everything needed to change when the government changed. We had an excellent plan in which we updated the nation every Tuesday. Some people are good at what they’re doing and they (the government) didn’t need to change just because of change. They need to see that it’s the country, the bigger picture. They should involve us in the Task Force, it’s not too late. We have to work together. COVID doesn’t have race, it’s not about politics. And with government officials not answering their phones, and all this childish behaviour will do no good for the country. I just hope we can work together, I see no other way out. We all have gaps that need to be filled,” Cummings posited.

Adhere to the guidelines

Meanwhile, health adviser, Dr Leslie Ramsammy said it is important for persons in home isolation to adhere to the guidelines which apply to them whether they are experiencing symptoms or not, as failure to do so can contribute to the high number of new cases in the country.

Dr. Ramsammy during an interview with this newspaper about the mechanisms in place to monitor those in home isolation said while it is certain that the Government does not and is not able to monitor all persons in home isolation, there is a collective effort between the Ministry of Health and local and international organisations. This includes telephone check-ins and in-person visits.

However, as is expected, the act of home isolation itself relies heavily on the decisions of the isolated person. Dr. Ramsammy acknowledged that in many scenarios, some persons may not be able to self-isolate in a room of their own due to challenges regarding space and other resources.

In those cases, he said that the effort is made to move some of these persons into institutional isolation. However, on the other hand, Dr. Ramsammy said that there are persons who are aware they are COVID-19 positive, able to self-isolate, but are simply unwilling to do so.

Based on recent records, Guyana has over 1,700 persons in home isolation and some 100 in institutional isolation.

Just shy of 100 persons died in May, June commences with 7 deaths

Sun Jun 6 , 2021
Support Village Voice News With a Donation of Your Choice. As more data comes in, the COVID-19 death tally shows that a whopping 98 persons died in May while the first four days of June recorded 7 deaths. Altogether, for 2021, there have been 241 COVID-19-related deaths in a little over a five-month period. For the year thus far, the […]