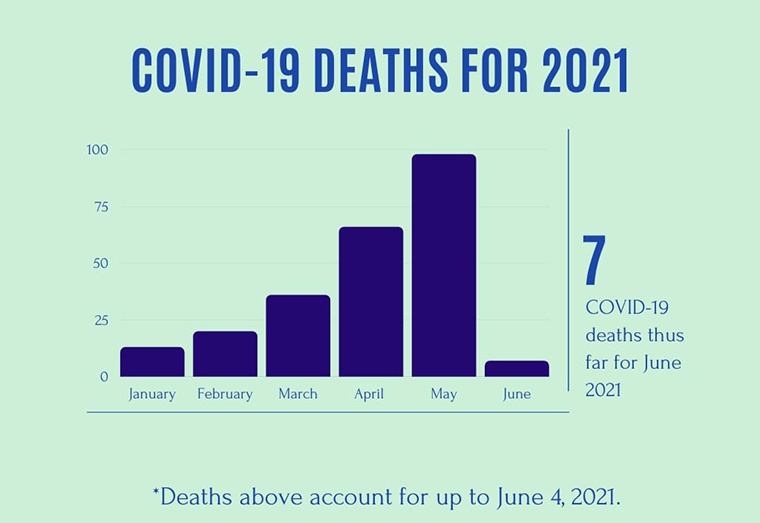 As more data comes in, the COVID-19 death tally shows that a whopping 98 persons died in May while the first four days of June recorded 7 deaths. Altogether, for 2021, there have been 241 COVID-19-related deaths in a little over a five-month period.

In total, 405 persons have died from COVID-19 while there have been over 17,600 cases. Males continue to surpass females in their death rate with 55 males dying in May while 43 females died. For the beginning of June, however, while three males died, four females died.

As such, he stated: “We appeal to persons who have received their sinopharm vaccine to please come back and take your second dose because without being fully immunized you’re not going to get all of the benefits of the vaccine,” he said.

The Minister added that there have been no adverse effects to the vaccines in Guyana.

Sun Jun 6 , 2021
Support Village Voice News With a Donation of Your Choice. ….some residents flee homes in 13 ft high floods By Naomi Marshall The normal lives of Kwakwani residents have been severely disrupted for the past 11 days due to the rapid rise of floodwaters. The community located in Upper Berbice of Region 10 has suffered damage to properties, destruction of crops, […]