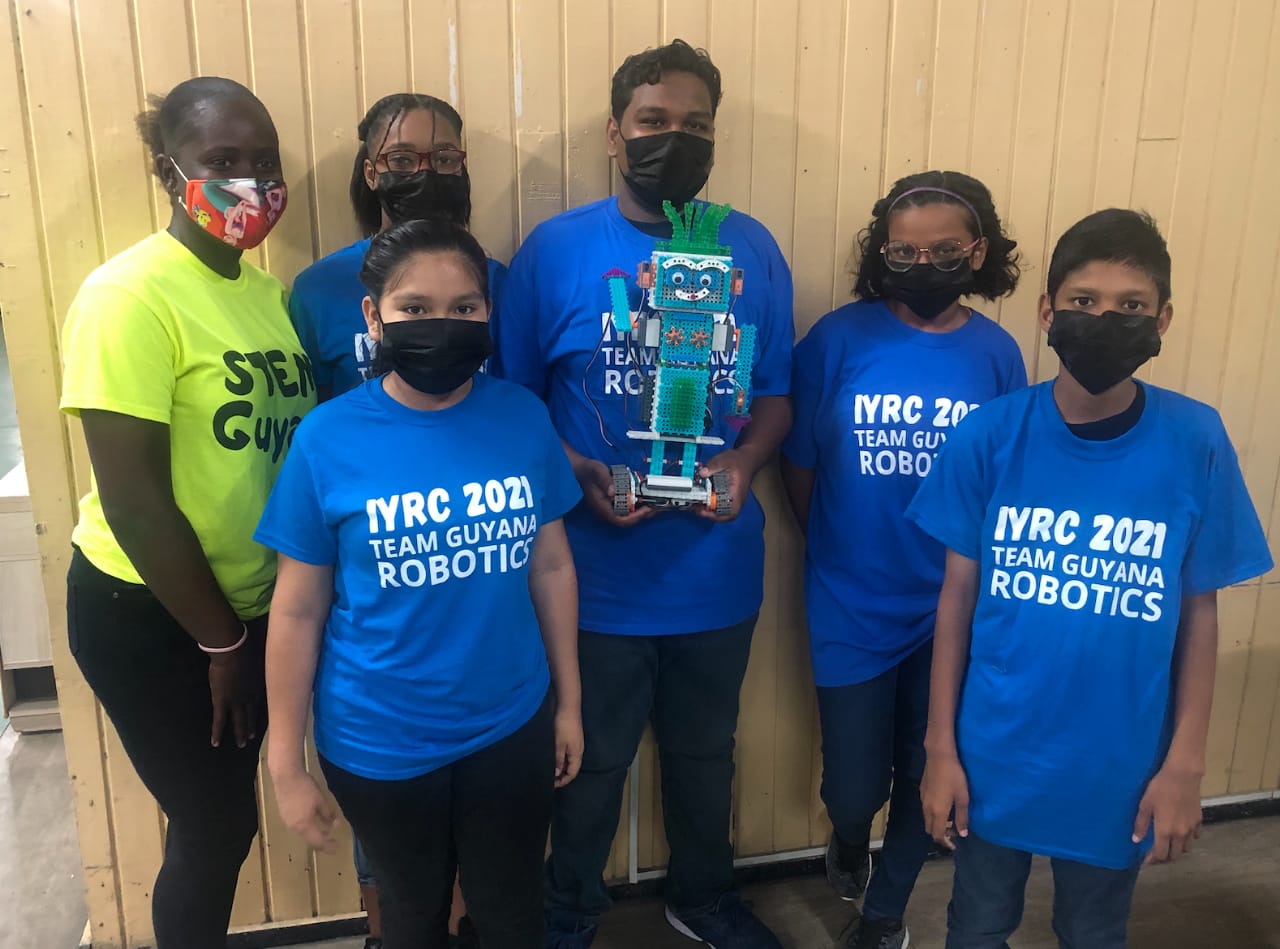 …from virtual robotics competition in Korea

Five teams from Guyana attending the International Youth Robotics Competition (IYRC) 2021 in Korea virtually, won gold, silver and bronze medals, improving on their performance from the previous year despite the COVID-19 pandemic.

Competing against 71 countries, Guyana’s three Junior Teams won gold, silver and bronze medals while the two Senior Teams won bronze medals. This is an improvement on last year’s performance where only two out of 7 teams won medals.

The teams participated in the global competition through STEMGuyana, which has a working robotics lab at the Cliff Anderson Sports Hall.

The current laboratory is sponsored by the Department of Youth and the Office of the Prime Minister, which ensures a secure location and internet connectivity for the organisation’s work.

Winning the silver medal was Team Mighty Jaguars with members On Beaton, Elijah Rosine, Mahir Rajkumar, Eva Boodie and Jeanpaul Applewhite Hercules. They shared the silver medal with 8 other teams in the junior category.

The IYRC is an annual youth competition in robotics, programming and digital technologies, organised by the International Youth Robot Association (IYRA). Previous competitions were held in Korea, Thailand, China, and Malaysia. IYRA organises the annual event, which usually consists of 28 states, but has been more recently expanded to include teams from North and South America. This was the second year Guyana participated.

Guyana is also fielding another senior team currently in competition at the First Global Robotics competition of 175 countries globally. Team Guyana 2021 is presently tracking 9th place out of 175 teams with opportunities to raise its ranking before the end of the competition in October. Team Guyana won the gold Albert Einstein medal in 2019.

In defence of good men

Tue Aug 31 , 2021
Support Village Voice News With a Donation of Your Choice. Dear Editor, Ms Mosa Telford’s article(piece) titled “Teach your sons to be better men” in her series “ Think On That” has raised some serious known issues with regards to some of our men in Guyana and the way they relate to our women folks. The occasion of her article […]