The United States (U.S) and its NATO allies have started withdrawing their troops from Afghanistan which is expected to conclude by August 31. The withdrawal is based on an agreement U.S President Donald Trump signed in Doha, Qatar, in February 2020, with President Ashraf Ghani, to withdraw U.S and allied (including British) troops by May 2021.

The withdrawal is fraught with challenges. These may suggest elements of improper planning and execution in some areas such as getting Americans and supporters of the U.S government safely out of the country. The sight of babies crying, women looking on helplessly, men fleeing and those who rushed to the holding area of an U.S cargo plane in the face of uncertainty is riveting. Those images may be hard to erase and could provide political material for rivals no doubt.

The death on Thursday of 13 US service men and others by a suicide bomber will no doubt create anxiety the situation is volatile, and in its wake may provide opportunity for the rise of terrorism. In the presence of uncertainty and tension, particularly with what is being seen in Afghanistan, it may influence ignoring what in the first place led to the war, which eventually resulted in an occupation, loss of lives, and a now dysfunctional country.

Afghanistan was invaded in October 2001 by the U.S to oust the Taliban, whom according to the U.S was harbouring Osama Bin Laden and other al-Qaeda figures linked to September 11, 2021 attacks on the U.S World Trade Centre and Pentagon. The invasion and subsequent occupation lasted for 20 years and cost more than US$2.261 trillion. This is a war Americans have been calling for an end to for some time. Afghanistan is in shambles and for some time now it was“simply no longer in America’s interest to remain there” as per one of its top officials.

If the Afghans will ever be able to create some semblance of normalcy and function as a unitary people time will tell. The Government of Afghanistan folded to the Taliban. President Ashraf Ghani, in spite of numerous financial, technical and human support from the U.S to rebuild the country and create a functional system of government, fled the presidency, abandoning the country and people. The question yet to be properly debated and answered is how Ghani did not know the strength of the Taliban, the possibility of their resurgence and overrunning the government offices. Also what did U.S military and government officials know or did not know and how much are they sharing with the public.

Evidently the Taliban is back. Only time will tell if the advances made for women and girls and to create some semblance of respecting religious freedom, which is distinct from imposing the brand of Sharia law as believed by the Taliban, will be allowed to flourish. Mistakes have been made. The occupiers are leading and Afghans are left to pick up the pieces, proverbially and literally.

In the Kitchen with Village Voice - Easy Piña Colada

Sat Aug 28 , 2021
Support Village Voice News With a Donation of Your Choice. Ingredients You will only need a few easy-to-find ingredients to make this piña colada recipe: Pineapple. Fresh pineapple that has been frozen ahead of time is best to use. Read below to learn more information about this. Coconut. Both milk and cream are used in this recipe. If you can’t find […] 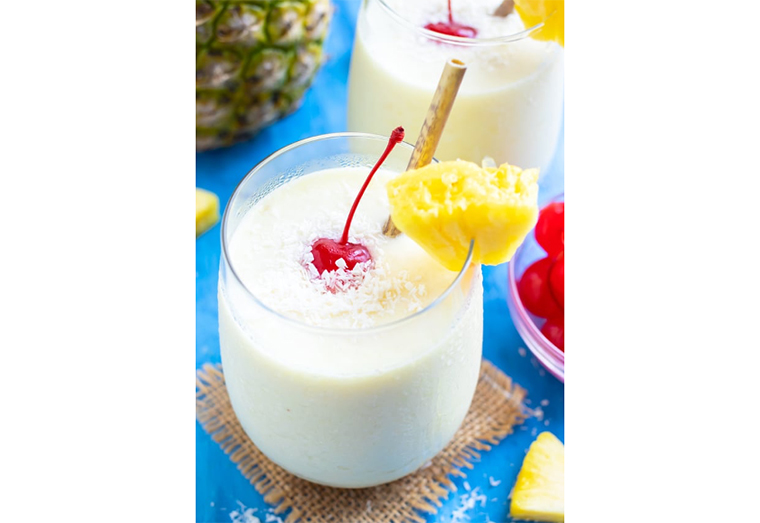