The Region Four Regional Democratic Council (RDC) is facing a no-confidence vote in the leadership of Vice Chairman Samuel Sandy. The No-Confidence Motion, which is dated August 18, 2021, was moved and signed by Councillor Amarnauth Chinkan and is said to be seconded by Councillor Deodat Tillack, both members of the A Partnership for National Unity and Alliance for Change (APNU+AFC) coalition. It was proposed that the Motion be presented at the RDC’s statutory meeting today, August 26, 2021.

Something is amiss in the APNU+AFC. Councillor Chinkan, is a member of the AFC and Councillor Tillack of the APNU. Society will remember it was the AFC Member of Parliament, Charrandas Persaud, who supported the then opposition People’s Progressive Party/Civic (PPP/C) in bringing a successful no-confidence vote against the APNU+AFC government. It cannot be ignored that the Region Four no-confidence motion cannot pass without the support of the councillors from the PPP/C.  Given this history the RDC’s motion and vote would likely not be devoid of interpretations sans past experience.

Region Four is a stronghold of the APNU+ AFC, and historically a known stronghold of the People’s National Congress Reform, the major partner in the APNU. Whether the AFC leadership cares that society, particularly supporters of the APNU, will judge this next no-confidence motion with suspicion is not under review here. What is of concern is why within the coalition there seems to be an inability or absence between the two sides to settle their differences using less divisive approaches. People will undoubtedly ask who is to benefit from this vote and whether the motion is aimed at putting the region’s interest first or some other  interest.

There are enough rumours circulating that all is not well in the coalition. Whether this is true or not, the coalition cannot ignore the concerns of their supporters and how such perception could affect their longevity, political survival, and the stability of society. It is hoped the coalition is taking note that there exist rumblings among their supporters that they have no appetite for another no-confidence. Another way could be found to fix whatever disagreement exists in Region Four between the two sides. That way must be found soonest because a government is as good or bad as a weak or strong opposition.

Thu Aug 26 , 2021
Support Village Voice News With a Donation of Your Choice. An AGM Inc. worker was reportedly killed and three others injured during an early morning vehicular accident on the Buckhall Road. AGM Inc.’s Representative Peter Benny, in a statement, said the accident occurred at around 10:00hrs on Thursday on Buckhall Road. He said at the time, the company’s pickup #56 […] 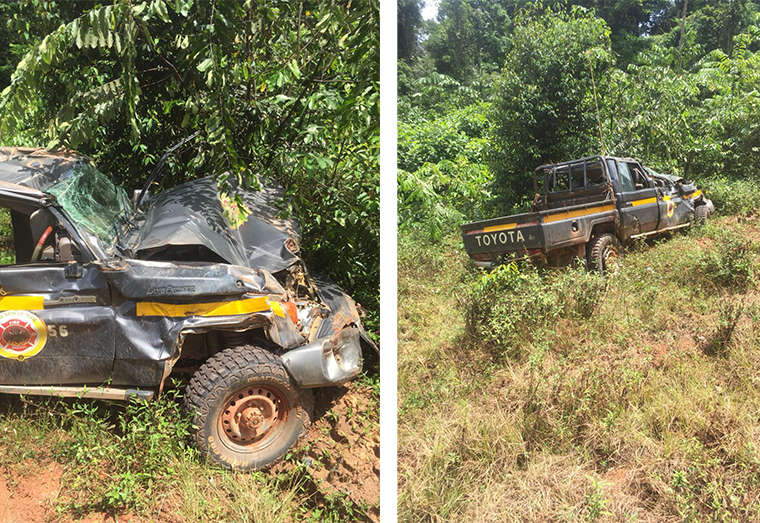