The announcement that the failing Guyana Sugar Corporation (GuySuCo) will spend $356,500,000 to purchase excavators will raise eyebrows. Whither the wisdom in throwing scarce money behind a company billions of dollars indebted to the state and produces a product twice the price it sells on the international market and practically is limping along.

Is this spending about GuySuCo or about party politics? And if it is about GuySuCo the financial record continues to show the company will never be financially sustainable, therefore the state will have to forever be picking up the slack. If it is about politics, it is a cruel and self-serving policy that would not only burden the state (taxpayers) with funding the company but also stymie the skills development of the employed.

Taking billions from the Consolidated Fund to finance a cash-strapped company the government itself knows will never ever attain viability under its present formation is a waste of money. Keeping workers still doing labour in the 21st century, not far removed from their forebears, is an effort at stymieing opportunities for their growth and development.  Not much has changed for sugar workers or the fortune of the company.

Last March, Sasenarine Singh, acting Chief Executive Officer of GuySuCo, in a Globespan24X7 interview with Dr. Asquith Rose and moderator Charles Sugrim admitted to the perilous state of the company. He once promoted the view, when he was not CEO, that the company could return to viability. With the opportunity given to him to do this he laid bare what many know and some want to deny.

Singh admitted GuySuCo is selling bulk sugar at half the price of production.  The acting CEO solidified the view that poor Guyana cannot afford to subsidise the taste of foreign countries that are financially better off. But even this revelation did not prevent the straw clutching tactic of his that should GuySuCo focus on value added manufacturing the company is likely to get a greater percentage of the business at a profitable level.

Sugar is being produced at approximately US 41cents and selling at US13 cents. To get to value added will incur more spending from the Consolidated Fund because if the primary product (raw sugar) is being produced at a loss, value added is not likely to do much better. GuySuCo has also lowered production targets, creating a false sense the company is producing at optimum and targets are being met. Even the acting CEO admitted to the downsizing which he euphemistically called setting “moderate targets.” The false sense of security makes no financial sense.

Even if one were to accept the acting CEO’s argument that the United States has been providing a preferential price for 12,500 tonnes and hopes to do more, it is not sufficient. In order for GuySuCo to at least break-even much more has to be done. The fact holds that GuySuCo is failing badly and has been for decades. Politics will deny reality and politicians will continue to throw good money behind bad goods. Only a miracle can turn around GuySuCo and there is no miracle.

Wed Aug 18 , 2021
Support Village Voice News With a Donation of Your Choice. The Guyana Council of Organisations for Persons with Disabilities (GCOPD) has commended the Government and President Irfaan Ali for the recent announcement of a one-off $25,000 grant for recipients of public assistance and Persons With Disabilities (PWDs). In a release on Tuesday, GCOPD Programme Coordinator, Ganesh Singh hailed the initiative […] 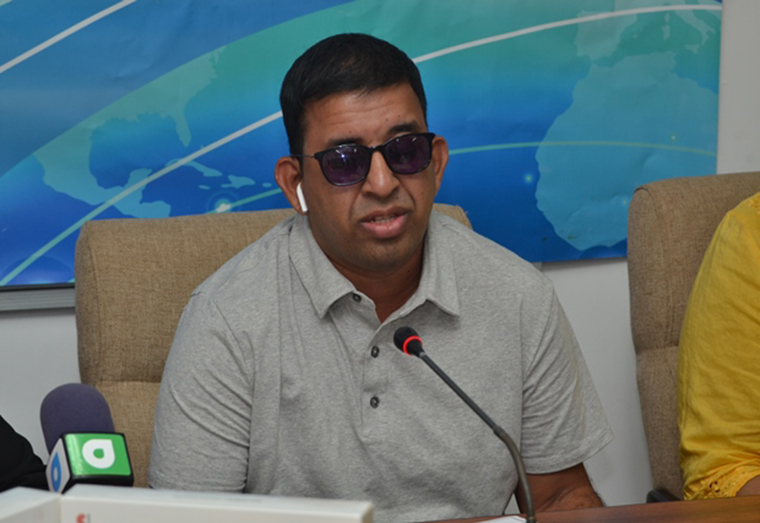