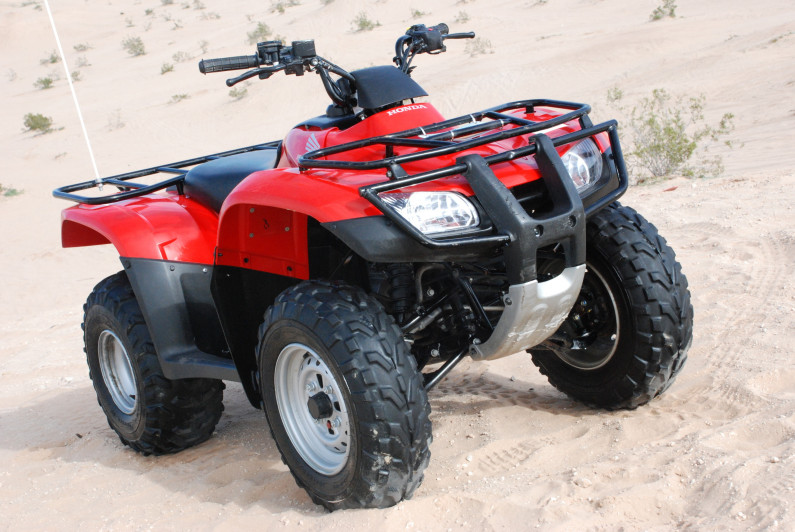 Two men from Region One were seriously injured about their heads and bodies after the ATV motorcycle they were traversing on hit a pothole and lost control at Falls Top,  Main Access Road, North West District (NWD).

Injured are 28-year-old Orson Speede who was the driver of the ATV motorcycle and pillion rider 30-year-old Roberto Miggins, both from Region One.

Inquiries disclosed that motorcycle CH8356 was proceeding north along the western side of Falls Top Main Access Road, NWD at a fast rate of speed when it is alleged that the driver hit a pothole and lost control.

As a result of the collision, both parties fell onto the road surface where they received injures to their head and bodies.

They were picked up in an unconscious condition by public-spirited citizens and placed into a passerby’s motor vehicle which took them to the Port Kaituma District Hospital. There, they were seen and examined by a doctor on duty who admitted both parties as patients, suffering from pain about their bodies. Their condition is regarded as stable. Investigations are in progress.

Tue Aug 17 , 2021
Support Village Voice News With a Donation of Your Choice. Police arrested six males at Harlem, West Coast Demerara (WC) on Monday after an unknown call reported an alleged robbery under arms underway at Chill Out Bar. A party of policemen went to the said location at around 19:10 hours and, upon arrival, further investigation revealed that a group of […]