Hours after US Congressman Hakeem Jeffries joined thousands of Guyanese in Brooklyn, New York to rally against injustice in Guyana, Prime Minister, Mark Phillips said the People’s Progressive Party/Civic (PPP/C) Administration is opened to having discussion with the Congressman on matters of mutual interest.

“We invite the Congressman Jeffries to have discussions with us on matters of mutual interest,” Prime Minister Phillips said but not before expressing disappointment in the US Congressman over sentiments expressed at the “Anti-PPP Racism” Rally at Army Plaza, Brooklyn, New York. At the rally, Jeffries, the Chair of the House Democratic Caucus, renewed calls for the Joe Biden Administration to remove US Ambassador to Guyana Sarah-Ann Lynch.

We are disappointed that the Congressman has allowed himself to be negatively influenced by individuals who are adamant in destroying our beautiful country by instigating violence and division amongst our people.

“We call on the Congressman to desist from joining with these individuals in creating chaos in our communities at home and in the Diaspora,” the Prime Minister said while emphasizing that the PPP/C Administration is a Government for all the people of Guyana.

“Evidence exists that we uphold democratic principles, adhere to equitable practices, embrace diversity and inclusivity and promote transparency at all levels. We continue to show strong leadership to the people of Guyana and abide by the principles as reflected in our national motto- One people, One Nation, One Destiny,” he added.

The Prime Minister also dubbed statements expressed by Opposition MPs as malicious and false. “We wish to place on record that we reject all the statements delivered at today’s march and rally. The APNU continues to propagate racial division and tension in Guyana and in the Diaspora through the dissemination of inaccurate information about the Government of Guyana and by extension, the People’s Progressive Party. These attacks are mere desperation by the APNU who, one year later, refuses to accept the results of the 2020 General Elections needless to say, after a lengthy court battle,” Prime Minister Phillips said.

But President of the Caribbean Institute for Democracy (CGID), Rickford Burke, in a subsequent statement, condemned the Prime Minister for attacking the top US Congressman. He said there is no secret that the PPP/C is a racist political party.

“He should realise that the PPP government is viewed in the US as a downright racist regime and that under the new political dispensation in the US they will not be allowed to govern as the apartheid regime they are attempting to establish,” Burke said.

He said instead of attacking the Chair of the Democratic Caucus of the United States House of Representatives, the Prime Minister should ask his Government to reverse the injustices being committed against African Guyanese.

“Mr. Phillips lacks the gravitas or influence to effect a change in the trajectory of the racist vindictiveness the PPP has embraced.  Consequently, they will be dealt with like any other racist regime and defeated,” Burke said.

He noted that the US Congressman has a significant Guyanese constituency that actively engages his office.

“It is time that the racist PPP government recognises that the criminal Trump era is over.  Republican racists in the US Congress, and the US Ambassador to Guyana, who have been complicit with their racism and oppression of African Guyanese have no current role in US foreign policy,” Burke further stated.

Mon Aug 16 , 2021
Support Village Voice News With a Donation of Your Choice. Below is a statement from the PNC The People’s National Congress Reform is deeply saddened by the death of Comrade Bishwaishwar Ramsaroop. He was born in Albouystown, Georgetown, on 28th November 1939 and died on 16th August at the age of 81. Cde. Ramsaroop worked briefly as a schoolteacher and […] 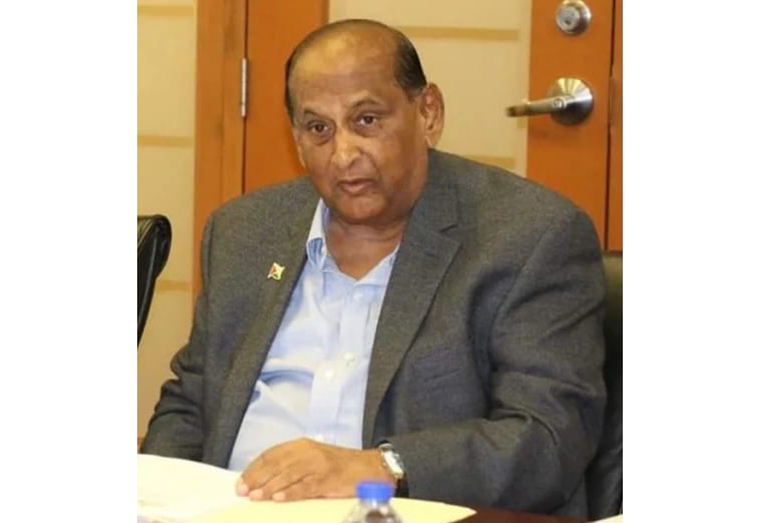