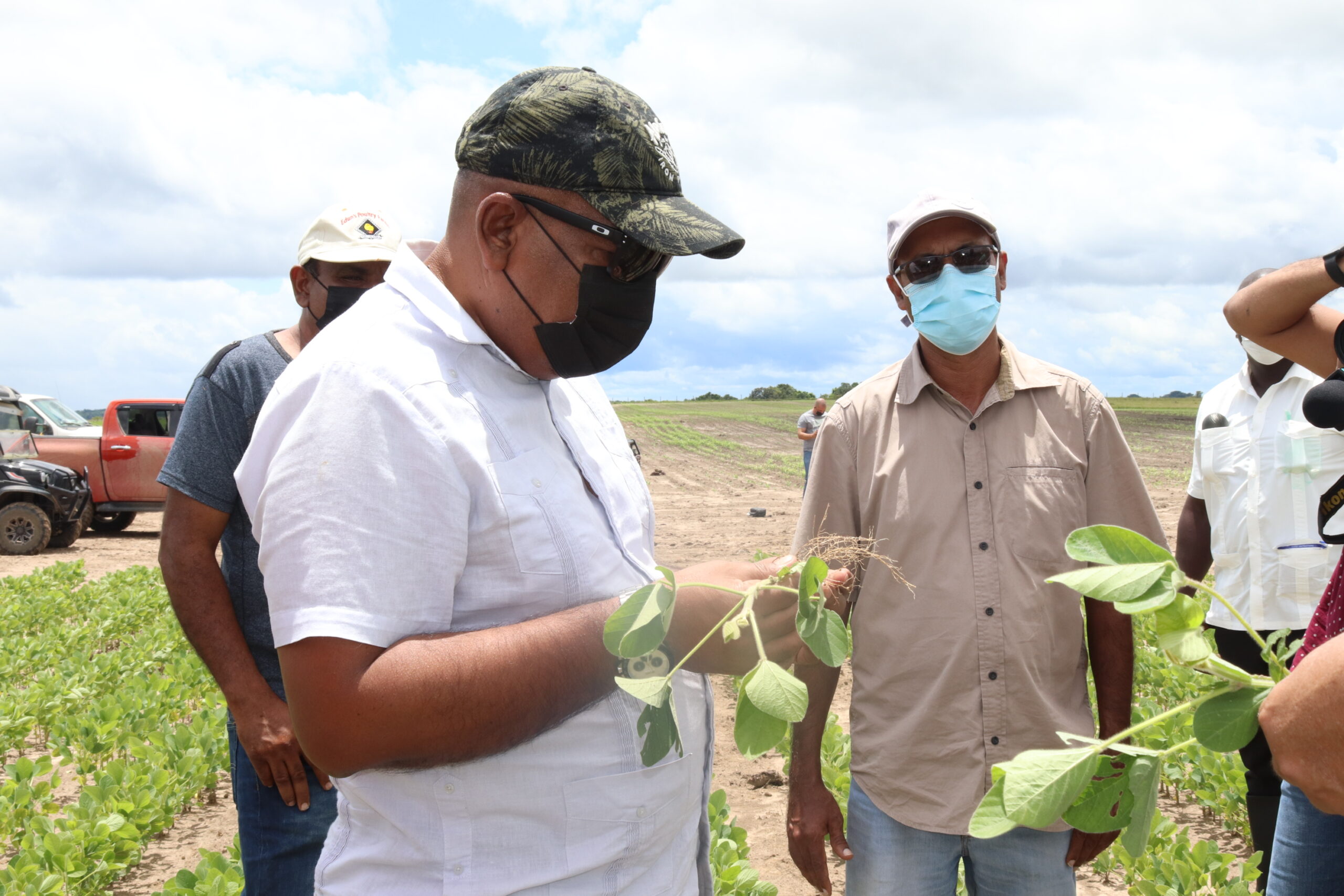 Agriculture Minister Zulfikar Mustapha on Friday visited the Dubulay Ranch, which is located approximately 70 miles south of Georgetown along the Berbice River, to get a first-hand look at the ongoing corn and soya bean trial cultivation there.

The project, which is being undertaken by a group of local investors, came on stream after President Dt. Mohamed Irfaan Ali announced the Government’s intention to be self-sufficient in producing proteins for the poultry industry. The Head of State had also disclosed that incentives would be made available for private individuals interested in helping to realise the Government’s vision for the development of the sector.

With Guyana now taking the lead on advancing the agri-food systems agenda in CARICOM, the Government is keen on finding ways to reduce the country’s and CARICOM’s food import bill. Guyana currently expends close to US$25 million annually on proteins for the poultry sector.

The group of investors which comprises the owners of Guyana Stock Feed Limited, Royal Chicken, Edun Farms, SBM Wood, Dubulay Ranch, and Bounty Farm Limited, along with the Brazilian-owned N F Agriculture have so far invested approximately $45 million into the pilot project.

Assistant Managing Director of Bounty Farm Limited, Mr. David Fernandes said it was important for the team to commence trials of the two key inputs so that sufficient data could be gathered.

“This is a project that was initiated by President Ali so we thought it was very important to rapidly do some trials that would give us data that was enough for us to continue to push towards becoming a commercial operation. We planted 115 acres of soya bean and five acres of corn at this point. Those two crops will probably be reaped by the end of September and then we’ll plant again in November.

“At that point, we intend to plant 125 acres each of corn and soya bean. So far, it’s been quite interesting and exciting for us because the plants are now about 4 ½ weeks old and the soya beans look very good. The corn is still very young. I’d like to thank the Ministry for their help and guidance in this regard, and we’re looking forward to working with the Ministry and the Government as a whole in making us self-reliant and self-sufficient in this regard because with the pandemic hitting us last year, we realised that it was imperative for Guyana to move in this direction.”

Fernandes also expressed optimism in the outcome of the ongoing trial.  He added that with the support received from the Government and other international partners such as the FAO, commercial cultivation once commenced, will also display impressive production figures.

Since taking office in August 2020, the Government has taken steps to promote the domestic cultivation of grains like corn and soya bean. Government, in its 2020 Emergency Budget, removed value-added tax on agriculture machinery, fertilizers, agrochemicals, and pesticides, making it more feasible for such investments. Furthermore, in this year’s budget, an additional $500 million was allocated to develop the corn and soya bean industry. These sums will be invested to ensure the necessary infrastructure are in place to support private investment.

During today’s visit, Minister Mustapha said he was satisfied with the project thus far. He also said that with access being a critical component to the success of large-scale and commercial production, infrastructural upgrades to the road leading to the Tacama Savannah is expected to commence shortly.  “I want to compliment the team for what they have achieved so far. Both the corn and soya bean pilot plots look very encouraging and I am very optimistic that this pilot project will yield exceptional results ahead of commercials and large-scale production of these two very important proteins for the poultry industry. From the Government’s perspective, we’ll be investing $500 million to upgrade and improve the infrastructure as part of our Intermediate Savannah Development Initiative.

“To facilitate production in the Tacama Savannah, we’ll be doing the 18km of road, drying floors and other facilities. As you know, access is critical when undertaking projects of this magnitude in these far-off locations. I am happy to inform you at tenders are currently out for the roads. That should be closing shortly. Furthermore, very shortly tenders will be out for other key infrastructure in that area. Like I said before, access is critical so we thought it best to get the road project up and running, but all in all, this will be a multi-year project. The ultimate goal is to first become self-sufficient the be able to produce enough for export to regional markets,” Minister Mustapha said.

Minister Mustapha also said that although Guyana is an emerging oil and gas producing nation, a lot of emphasis is now being placed on developing the agriculture sector.

“As a Government, we believe that agriculture is the backbone of a country’s economy and we will continue to invest in the development of the sector. With the impacts of the ongoing COVID-19 pandemic, we’ve seen how vulnerable global economies are.

“As a Government, we have been making the necessary steps to ensure all of our sectors are developed sustainably, thus reducing our economy’s overall vulnerability,” Minister Mustapha said.

The Government will soon embark on a joint effort which will see students from the Guyana School of Agriculture benefiting from training exercises at both the Dubulay Ranch and the Tacama site. Minister Mustapha said that with the level of technology employed on the ranch, it would benefit the country as a whole in the long run to have students who are studying agriculture being exposed to such advance levels of technology. He said that his Ministry has already discussed the possibility of having students from various learning institutions to benefit from some form of internship at the Ranch.

“We’ve already indicated to some of the investors our interest in having students from the Guyana School of Agriculture come to both locations to learn about these technologies and enhance their capabilities and skills. “This initiative will also be extended to students from the University of Guyana and other relevant agencies. When you look around and see the amount of work and level of technology being employed here, I’m sure our students will be able to learn a lot. Theory is important, but the practical aspect of agriculture is also very critical in ensuring all-round development,” Minister Mustapha said.

Apart from the ongoing trial, Mr. Alex Mendez who manages operations at the Dubulay Ranch, has been managing the cultivation of several varieties of corn which was exported to the United States and used for seeds and the production of new varieties. The project which has been ongoing since 2005, forms part of global projects funded by the Stine Seed Company. Stine Seed is the world’s largest private seed company, and the largest independent seed company in the United States. Mr. Mendes further explained that over the years, he has been able to provide employment for a number of women from the neighbouring communities. He added that with the new project expected to come on stream soon, more employment opportunities will be generated.

Over the next four years, the Government will be working with several private individuals and groups to develop mega-farms in an effort to improve production and reduce the annual food import bill. Corn and soya bean are among the commodities targeted for development under the Ministry’s Intermediate Savannahs Development Initiative. 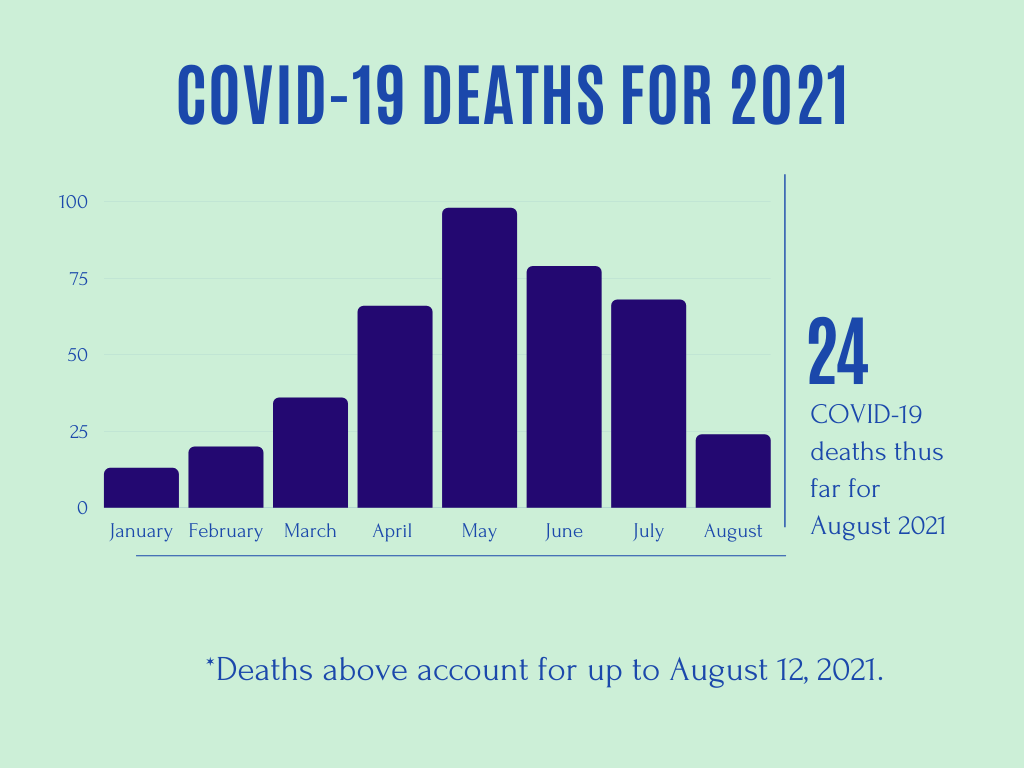