Former President David Granger on Friday took the Government to task for its proposed border security policy, explaining that the gravity of the country’s security situation has been grossly underestimated and the effectiveness of the proposed response has been overrated.

Appearing on his weekly Public Interest Programme, the former President said that the border policy announced on 11thFebruary this year should not be rushed without a careful assessment of the threats along our long borders. “These included documented cases of attacks by Venezuelan ‘sindicatos’, gun-running, illegal landing of aircraft, narco-trafficking, trafficking in persons, migration of over 33,ooo Venezuelans into Guyana, seizure of fishing boats in Guyana’s waters by the Venezuelan Navy and the entry of persons infected with Covid-19 disease,” the former Guyanese leader is quoted as saying in a release issued by the PNCR.

He said that any realistic border security policy must include boosting the capabilities of the Guyana Defence Force to effectively conduct surveillance over the country’s more than 3,000 km land borders with Brazil, Venezuela and Suriname and its 460 km coastline on the Atlantic Ocean.

Mr. Granger reiterated that there was no justification for the Government’s intention to create an entirely new ‘Border Patrol Unit’ pointing out that the GDF has been effectively and efficiently monitoring the country’s borders for 55 years.  The Former President said the focus should be on boosting the capability of the Defence Force by acquiring surveillance aircraft, all-terrain vehicles, drones, offshore patrol vessels, radar and the training of a corps of expert jungle troops to meet the standards of a modern force in Guyana’s terrain.

Additionally, Mr. Granger said that the administration’s failure to provide information to Parliament on the establishment of the proposed new unit justified speculation that it could become another shadowy ‘target special squad’ similar to the one that wreaked havoc during the ‘Troubles’ between 2000 and 2010 .

Guyana gets 57,000 doses of Astra Zeneca

Fri Aug 13 , 2021
Support Village Voice News With a Donation of Your Choice. The U.S. Embassy on announces the donation by the United States Government of 57,600 doses of the Astra Zeneca COVID-19 vaccine as part of the Biden-Harris Administration’s global efforts to fight the COVID-19 pandemic. The donated doses of vaccine arrived via COVAX in Georgetown on August 13. This brings to […] 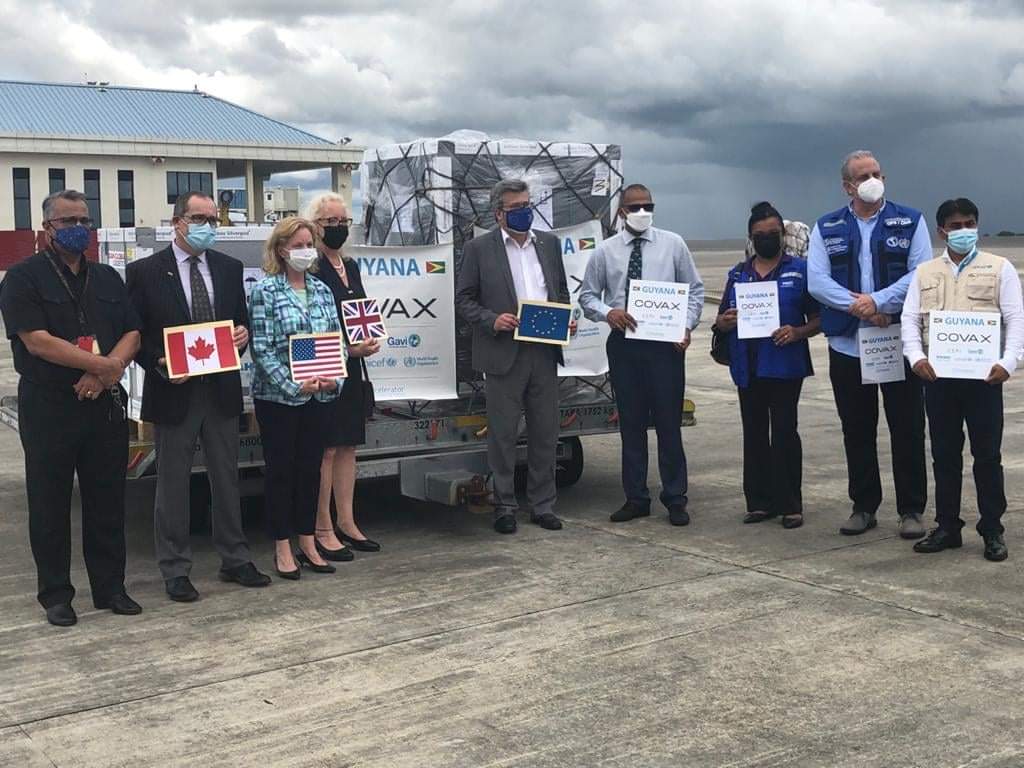