The Summary Jurisdiction (Offences) (Amendment) Bill was passed on Monday evening removing cross-dressing as a criminal offence in Guyana. Government Ministers who made presentations supported the Bill while there was a mixture of support and non-support among the members of the Opposition for religious reasons.

In 2018, the Caribbean Court of Justice (CCJ) ruled that the law in Guyana, which makes it a criminal offence for a man or a woman to appear in a public place while dressed in clothing of the opposite sex for an “improper purpose”, is unconstitutional.

The case of Quincy McEwan, Seon Clarke, Joseph Fraser, Seyon Persaud and the Society Against Sexual Orientation Discrimination (SASOD) v The Attorney General of Guyana began with the arrest of the appellants in February 2009. Four of the appellants, who identify as transgender persons, were arrested, convicted and punished for cross-dressing in public.

At the time of arrest, McEwan was dressed in a pink shirt and a pair of tights and Clarke was wearing slippers and a skirt.  A few hours later, Fraser and Persaud were also arrested by the police and taken to the Brickdam Police Station. At the time, they were dressed in skirts and were wearing wigs. It was ruled that the law, Section 153(1)(xlvii) of the Summary Jurisdiction (Offences) Act, is to be struck from the laws of Guyana.

Referencing the case, Minister of Legal Affairs and Attorney General, Anil Nandlall said: “It is the duty of this house to now remove that repulsive provision from the laws. That is an obligation that we have. It is a duty that devolves upon this House having regard to the pronouncements made by our highest court and that is all that we are seeking to do here.”

However, Opposition MP Richard Sinclair, contended that crossdressing is improper and shouldn’t have a place in the Guyanese society. “Mr. Speaker, as a Christian, I have come to accept biblical principles as it relates to sexuality and transgender phenomenons… I believe that man was created by God in His image and likeness…the word of God affirms a clear distinction of what our dress code should be.”

Agreeing with these sentiments was Opposition MP, Annette Ferguson. “I do not support this amendment as a Christian and one who believes in what the word of God requires of us…I will be watching to see how my colleagues from the Christian, Muslim and Hindu bodies will be voting on this amendment.”

Minister of Parliamentary Affairs and Governance, Gail Gail Teixeira expressed her disappointment that members of the Opposition have decided not to throw their support behind the amendment Bill.

She told the House: “Each one of us may have a god, it may not be the same god. When we get into religion we’re getting into some very sticklish areas and I don’t’ think that’s a part for this House. We’re here as a law-making body to deal with what is a secular State. Our Constitution has made us a secular State in which all our religions and beliefs have a place and space but, when it comes to making judgements about law and the best for our country and our people, we try to not bring religion into it.”

No vote on motion to dismiss GECOM officers

Tue Aug 10 , 2021
Support Village Voice News With a Donation of Your Choice. …as commissioners withdraw from statutory meeting By Svetlana Marshall Opposition-nominated Commissioners sitting on the Guyana Elections Commission (GECOM) withdrew from a statutory meeting on Tuesday, thereby stalling a vote on the amended motions seeking the termination of the Chief Elections Officer, Keith Lowfield; Deputy Chief Elections Officer, Roxanne Myers; and […] 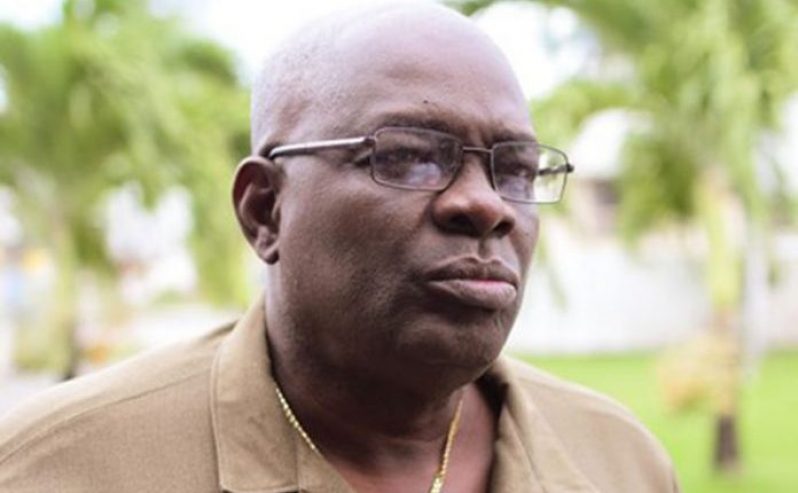