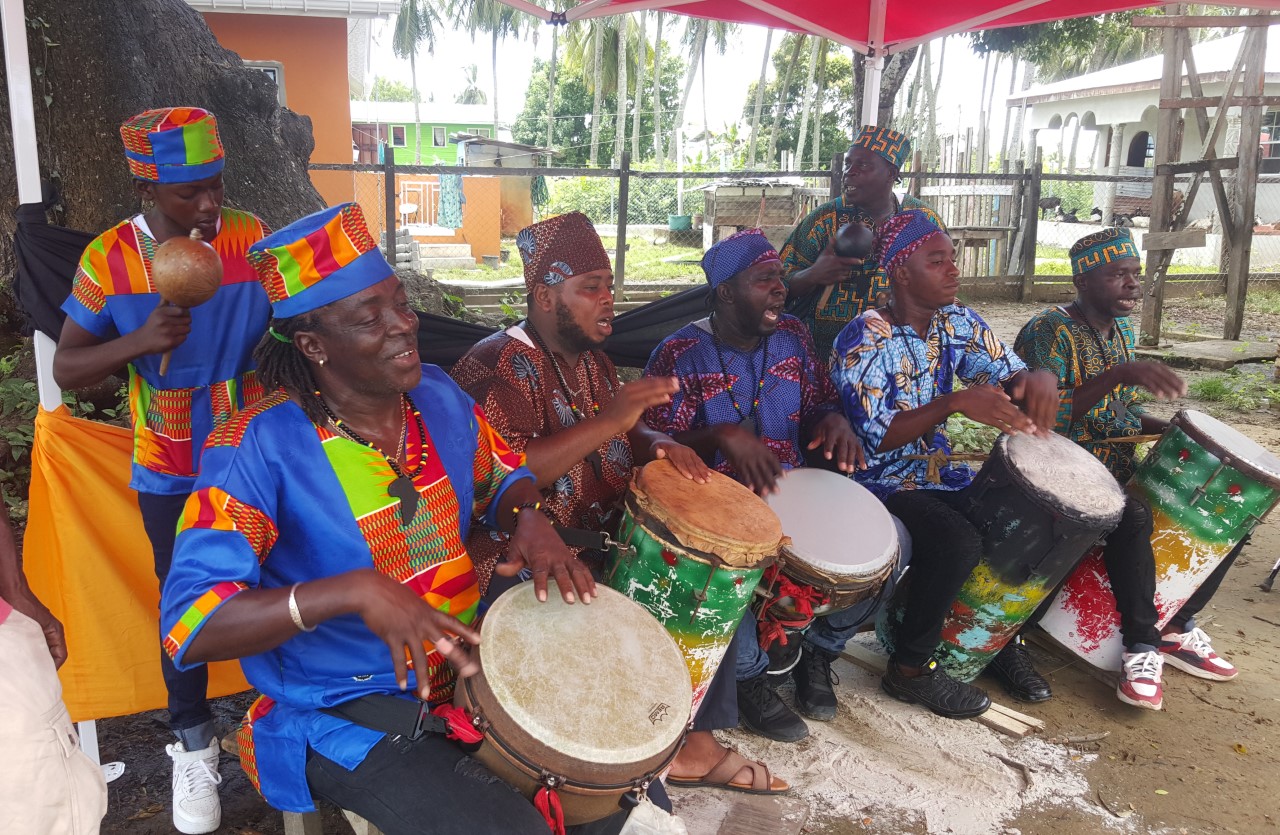 Traditionally this August month has been the month when African drumming promoting and exhibiting African heritage and culture comes to the forefront.

In recent years however many local cultural enthusiasts have noted that this traditional once-a-year prominence for the African drum is now definitely a thing of the past. Thanks to the dedicated efforts of such drumming groups as the West Berbice Drummers, this art form has emerged as an all-year-round form of entertainment in the cultural life of many villages and communities.

Drumming is in their genes.

The West Berbice drummers are leading the charge in the local cultural scene captivating hearts and souls with their skills and passion for the drum. Their sound is music Just pure, uninhibited, joyous ‘making music’ and dancing to the sound of the African drum and its infectious, primal beat and rhythms!- encouraging (sometimes forcing ) participation by  the audience.

This blend of percussion has inspired passion and excitement and in some extreme cases trances popularly referred to as “Cumfa.” among the audience.

Leader of the Group John Bentick said that he has been associated with drums for the past forty five years. “At least since I get to know myself; know what is happening around me. I grew up in a home with drums.”

On Thursday last the Group was in action at a Libation Ceremony at Belladrum West Coast Berbice. It was definitely a powerful experience. The rhythms they beat out and the songs they sang were   fantastic but it was additionally, their personalities the happiness of their facial expressions and their passion that made their performance extraordinary!

Nine members provide the blend of percussion as follows:

Bentick disclosed that in recent months the Group is eagerly sought for their performances at social events such as birthdays; weddings; funerals and wakes not only in West Berbice but in other regions. “People call. Request our presence and so on. We performed at Linden just a few nights ago,” he said.

The group is affiliated with the Konoko Singers based in New York.

Hicks added: “I got this love for the African drum from my fore-parents and I want to pass this onto the younger generation so that they will take over and continue their family traditions after we are gone,” This West Berbice African drummers group can be contacted for engagements on telephone numbers #602 2869 or 687 7917…all year round.

Breastfeeding through the pandemic

Mon Aug 2 , 2021
Support Village Voice News With a Donation of Your Choice. By Lisa Hamilton   Even with an ongoing pandemic, as new babies are born into the world, health workers globally are highlighting the importance of breastfeeding for newborn as critical to their health and development. The pandemic is an addition to the many challenges that can affect breastfeeding but, health workers […]