…most parents support return to classrooms

…opposition says not enough being done to bolster confidence

Former Minister of Education, Dr. Nicolette Henry said that she has been following the ongoing discourse on the possible reopening of schools in September but, thus far, she has not seen the best of efforts being put into making this a safe possibility.

“For quite a while I’ve been observing and I would say that we have not seen the required preparatory work being done to ensure that schools can be reopened in September in a way that would benefit the majority of learners,” Dr. Henry said in an invited interview with the Village Voice News.

Earlier in June, Minister of Education, Priya Manickchand said that though it was previously announced that Guyana will reopen schools in September 2021, whether or not this occurs as planned will depend on the decision of the Ministry of Health.

In May, Manickchand announced that based on advice from the Minister of Health, Guyana may likely be in a state of relative normalcy by the month of September due to its ongoing vaccination campaign. Until then, schools have remained closed for the rest of the academic year except for Fourth, Fifth and Sixth Form students. 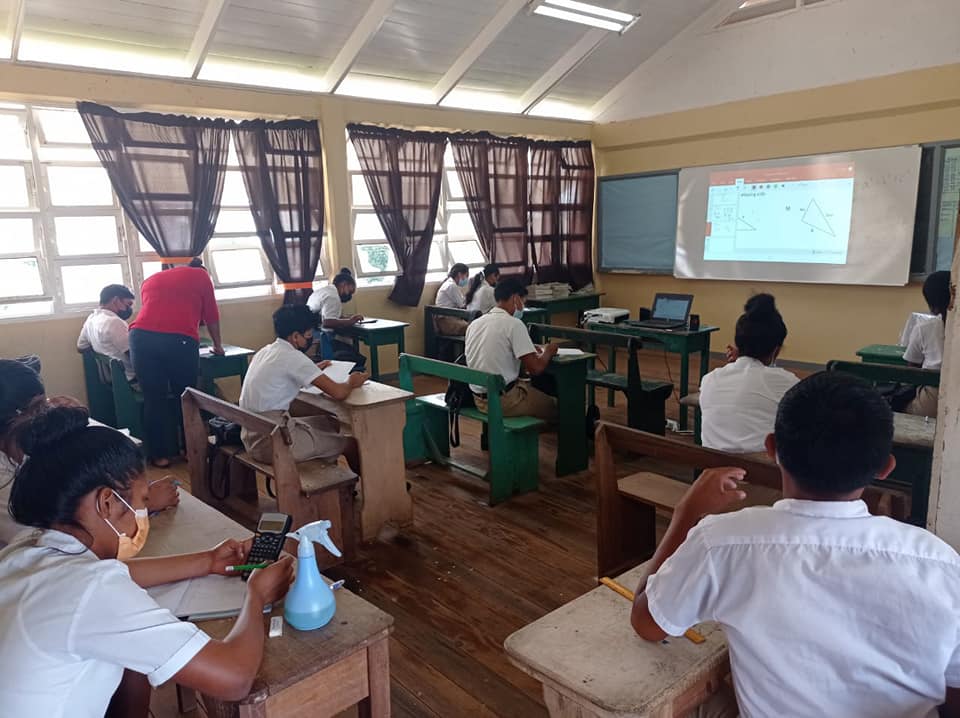 Minister Manickchand said that when the decision is made to reopen schools again, the Ministry of Education will work to ensure that schools are physically ready to accommodate students by being cleaned and furnished. The Minister also stressed that if parents and teachers want to ensure that children can soon return to schools without fear of dire consequences, they must take on the responsibility of ensuring that they are vaccinated towards Guyana achieving herd immunity.

In her observation, Dr. Henry said that when it comes to the reopening of schools, the question remains whether the Ministry of Education has captured the ‘bigger picture’ and is developing strategies to address the related concerns. “In order for schools to be reopened and have most of the students in attendance there are a number of measures that have to be put in place and, today, lots of the stakeholders have not been engaged to ensure that those measures are put in place,” she said.

Dr. Henry explained that the measures she references go beyond COVID-19 guidelines and precautionary measures to key concerns such as students who have suffered academically during the pandemic and some who have dropped out of school as a result. She said that while efforts will eventually be made in Guyana to get students safely back into schools, those who do not fall within the category of students able and available to return must also be catered to.

“Schools would have been closed in excess of one and a half years and there are actually students who have not gone back to any classes, whether that refers to in-person or online, they just have not,” she said. “If we are to get most of the persons who should be in school back in school, then there obviously will have to be a very overt and serious attempt to do so.”

THE INVOLVEMENT OF STAKEHOLDERS

This serious attempt, she stressed, must see the involvement and prudent actions of stakeholders. Dr. Henry said that she is pleased that parents, teachers and other concerned members of the public have been openly airing their thoughts about the matter. The Opposition has also publicly shared its thoughts about the reopening of schools. As shadow Minister of Education, questioned to what extent she believes that the Opposition should be invited to participate in the decision-making process, Dr. Henry said that, given what is obvious about the politics in Guyana, it is unlikely that the Opposition will be given a ‘front row seat’.

However, she noted that as long as the Ministry of Education takes an approach that allows for the voices of key stakeholders to be heard and, more importantly, their concerns to be addressed, the children of Guyana will ultimately benefit. “The major stakeholders that are traditionally involved in the delivery of education should be at that table because I believe that the views and thinking of the parliamentary opposition would very well be in keeping and aligned with the views and the thinking of stakeholders that have the best interest of the nation’s children,” she said.

However, she noted her position that, from all fronts, it appears as if people are generally unsatisfied with the efforts being made to ensure that students can get back to an environment that is conducive to learning. She also pointed out that students are not the only group that ought to be considered in the reopening of schools.

Shonnell Hunter, a parent of a primary school-aged child from Region Three, said that she supports the reopening of schools as, to date, some children have not been a part of online classes because their parents cannot afford internet service or a suitable device. She also stated that some parents have not collected the booklets distributed by the Education Ministry, further affecting their child or children.

“I am thrilled that schools will be reopening in September. It has been more than a year since our nation’s children have been at home. Everything is happening as per norm — couples are being wed, babies are born every day the airport is up and running, people go to work every day and some children are out in the public daily. So why not school? School is the only thing that is interrupted or affected because of COVID-19. Why not give reopening a try?” she said.

However, Hunter expressed her concern for the youngest of the children and urged that more be done to help them understand the importance of protecting themselves from the virus.

She said: “On the contrary, I am concerned about the pupils in the lower grades — One, Two and Three. They are less responsible in taking care of themselves therefore parents need to do their part to impart the importance of wearing the face mask. They also need to demonstrate how the mask should be worn.”

Another parent, Eltina Thomas- Benn who is from Region Four, said that it is concerning to hear recent reports of children being negatively impacted by COVID-19 in Guyana, and some even perishing as a result.

However, she said that as a working mother who is also in her second year of university, since the closure of schools she has been managing the education of her children from home while juggling many responsibilities which isn’t the most efficient option. “As a parent, I have literally experienced that my children, they have dropped significantly when it comes to school work in the fact of everything being reliant on myself to get their work done instead of having a teacher there to explain,” she said.

“I am kind of two-fold on this particular matter. As it relates to schools reopening, I know for a fact that children on a whole, you can’t expect to have them all day with their masks on, with their sanitizers. Children play and children fight and these things so you have to take all of that into consideration — what sort of measures are going to be put in place? We still have a lot of unanswered questions that we need to sort out before that time but, hopefully, we get all that sorted out.”

THE CAPACITY TO IMPLEMENT

In her interview, Dr. Henry reminded that schools were closed in Guyana and around the world because of real risks that haven’t yet been eliminated. Whether the Education Ministry — with the Health Ministry’s permission — will reopen schools fully or partially is yet to be determined. A full reopening of schools will also cater to Guyana’s youngest pupils which may come with the question of their thorough understanding of the seriousness of the virus.

The former Education Minister said that the fact that vaccines have not yet been approved for younger children — though children have not generally been the greatest at risk to the virus — is still a reality worth discussing. “That in itself still poses a major threat to having them fully engaged in what they were used to prior to the pandemic. From my own thinking, I know there will have to be modifications and adjustments as we’ve seen in every jurisdiction where schools have been reopened,” she said.

Dr. Henry also underscored that in the case of schools reopening, it would be obvious that a country would recommend such only if it is in a position where the number of cases and COVID-19 deaths are in decline. As of July 29, 2021, Guyana recorded 57 new cases. There were 786 persons in home isolation, 62 in institutional isolation, 4 in institutional quarantines, 15 in the COVID-19 ICU and 535 dead.

Altogether, Dr. Henry said that information and best-practices as it regards the reopening of schools are available to the Ministry of Education from bodies such as the United Nations Educational, Scientific and Cultural Organization (UNESCO), United Nations Children’s Fund (UNICEF), World Health Organisation/Pan American Health Organization (WHO/PAHO), Caribbean Public Health Agency (CARPHA) and others.

However, she said that how Guyana uses this information to benefit its specific circumstances will be up to its stakeholders. She said: “No country in the world is being starved for the technical guidance of how that could or should be done but what really varies from country to country in the capacity to implement the guidelines, and that is where the worry is.”

Mon Aug 2 , 2021
Support Village Voice News With a Donation of Your Choice. Since the International Decade for People of African Descent Assembly – Guyana (IDPADA-G) began its work within the 2015-2024 decade, thousands of Afro-Guyanese have been empowered and positively impacted, Chairman of the organisation, Vincent Alexander has said. Over the years, IDPADA-G has been granted annual Government subventions to conduct its […] 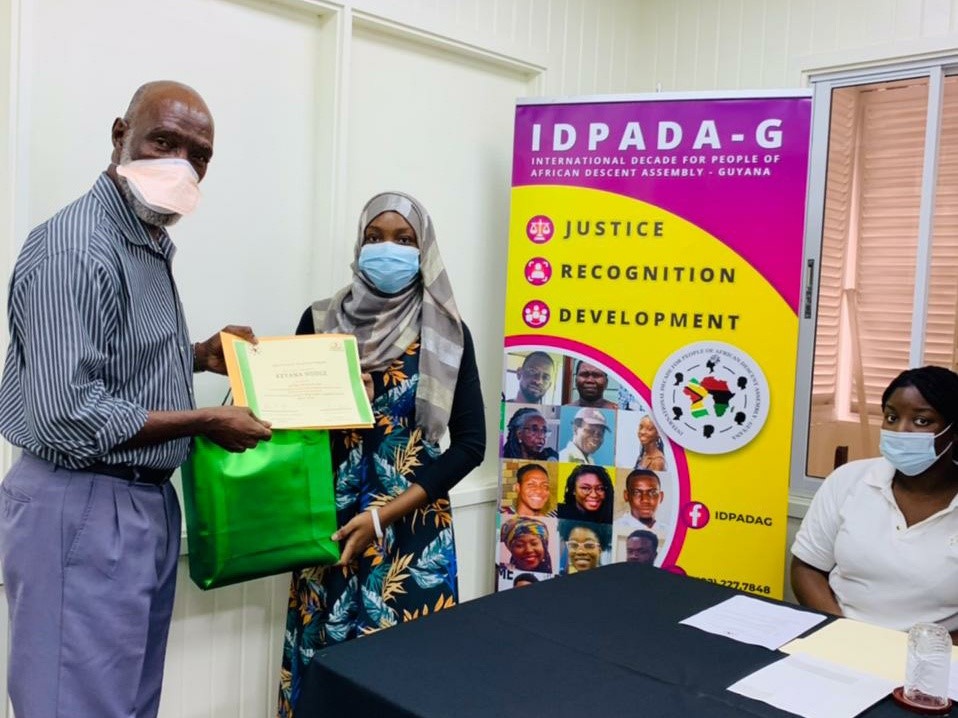