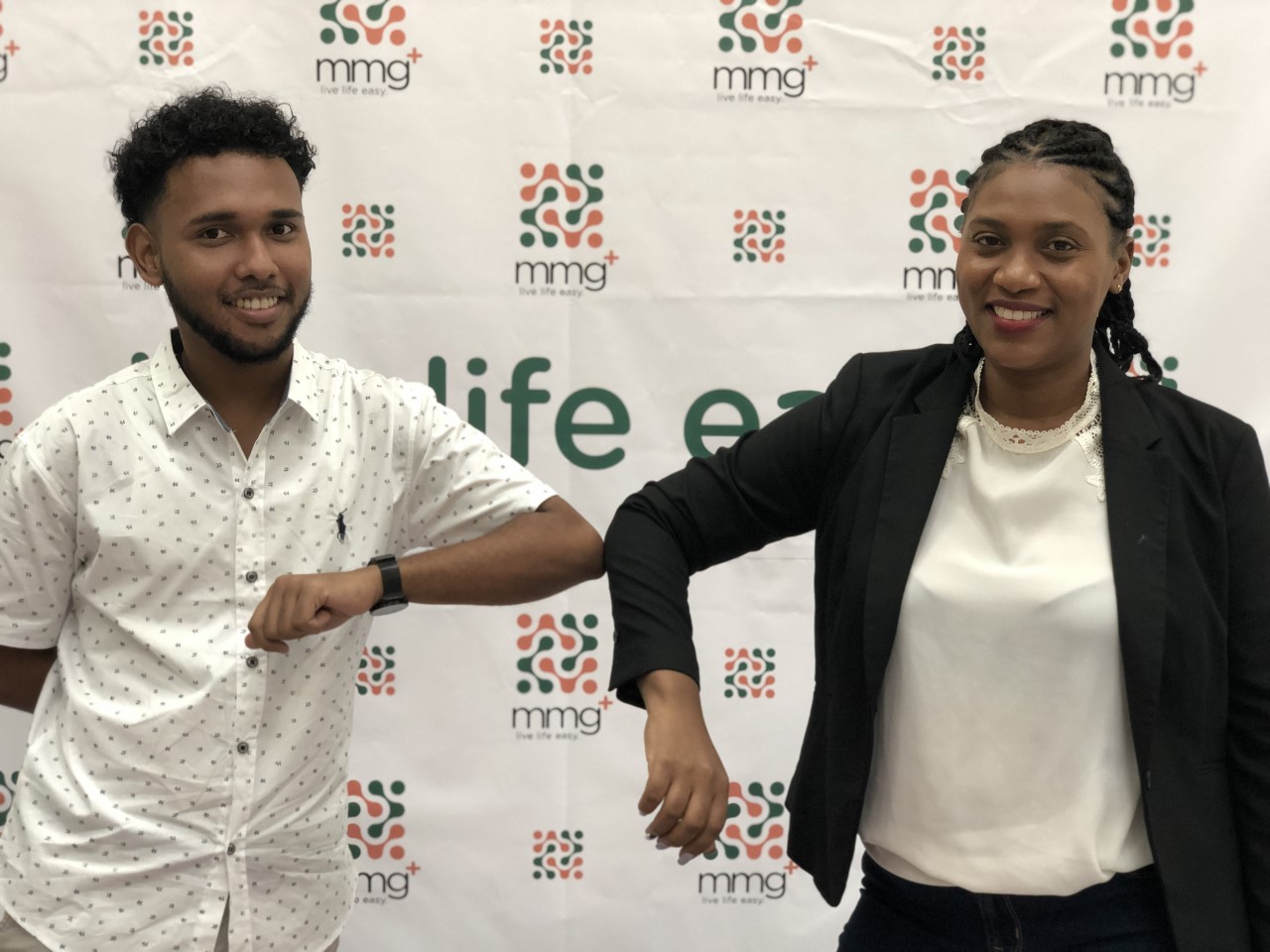 Mobile Money Guyana (mmg+) has recently announced Bartician, Eric Roberts as the winner of its Facebook contest for subscribers, agents and merchants.

According to a GTT release, Roberts who is an mmg+ subscriber received $100,000 in his mmg+ wallet after being announced the winner during a small ceremony hosted at MMG’s 79 Brickdam location.

The 21-year-old expressed delight in being announced the winner, since his entry was done moments before the closing date. “I saw this the day before the deadline and thought I love mmg+, why not seize the moment? Winning this competition gives me more confidence in myself,” Roberts said.

The Bartican explained that he intends to use his prize to make more money by becoming an mmg+ agent in Bartica. “With this money, I would first like to give thanks and pay my tithes which some persons can do using mmg+ and then plan to earn commission through mmg+ to help reach my future goals.”

General Manager at mmg+, Bobita Ram congratulated the winner and thanked all other participants for their submission, while noting the company received an overwhelming number of entries into its Facebook contest. “We are grateful to our customers for participating and were very much impressed with the creativity we saw. It definitely gave our judges a hard time deciding a winner,” Ram said.

Meanwhile, Product Marketing Manager for mmg+, Diana Gittens who announced the winner at the ceremony boasted of the mmg+ brand growth in Guyana. “Our numbers of customers are growing every day and I assure you that we will continue to make life easy for all our customers and partners as our tagline says,” Gittens said.

In May, mmg+ launched a month-long Facebook contest where subscribers, agents and merchants could win $100,000 by submitting a two-minute video stating how mmg+ has made their life easy.

Tue Jul 27 , 2021
Support Village Voice News With a Donation of Your Choice. …to amend motions  to have this done By Svetlana Marshall The Government nominated Election Commissioners have signaled their intention to amend their earlier motions seeking the immediate dismissal of the Chief Elections Officer, Keith Lowenfield; the Deputy Chief Elections Officer, Roxanne Myers; and the Region 4 Returning Officer, Clairmont Mingo […]